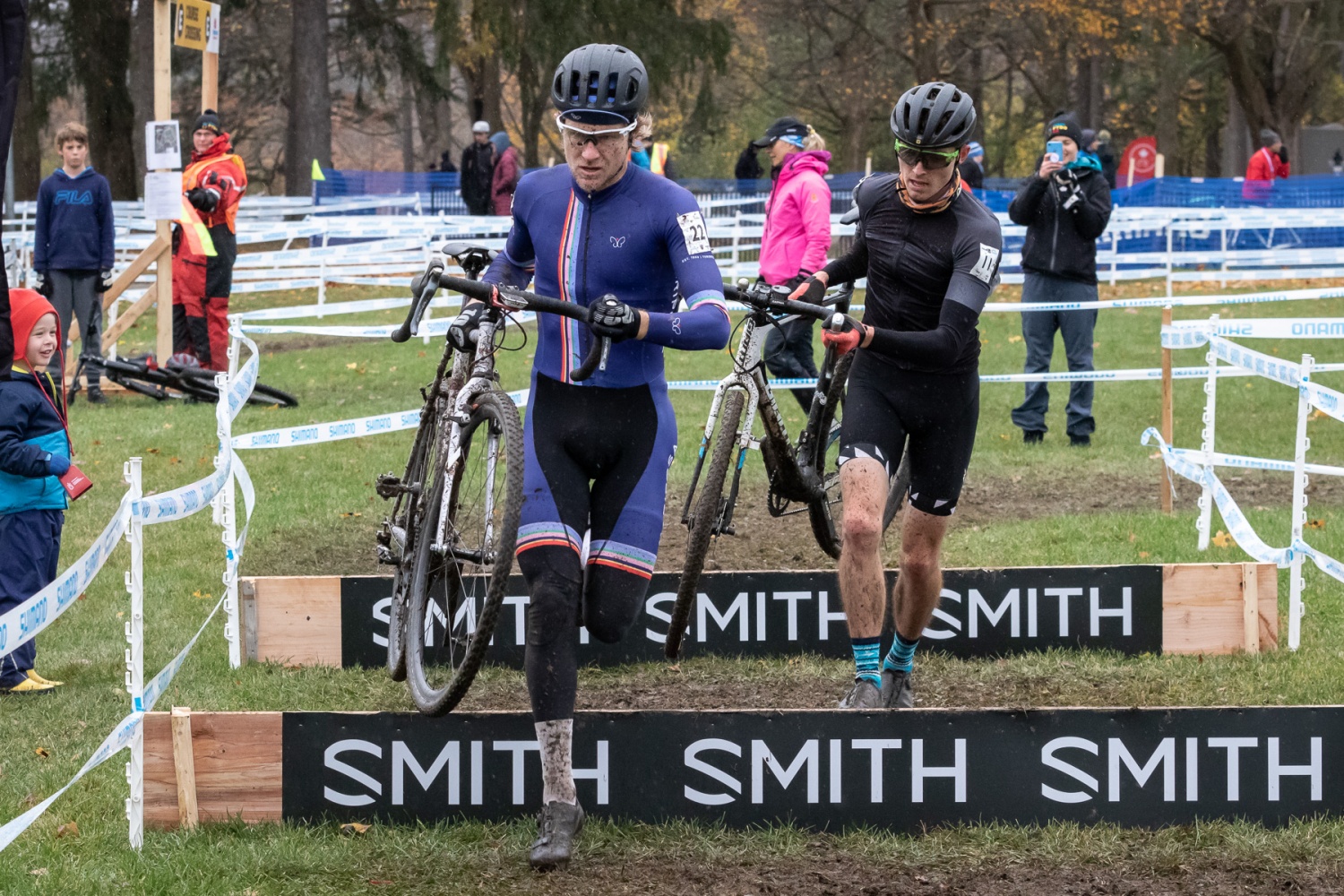 Mariposa Racing Team had seven riders racing the Canadian National Cyclocross Championships  in Peterborough, Ontario November 2, 2020 spread across Junior, U-23, Elite and Masters’ categories.  The race  course was beautifully designed with steep hills, a muddy run up, barriers and some challenging off-camber sections. Mother nature cooperated in helping to create the ideal muddy, messy, fun and proper cyclocross conditions. The day started early with the youth races and finished with the Elite races in the afternoon. 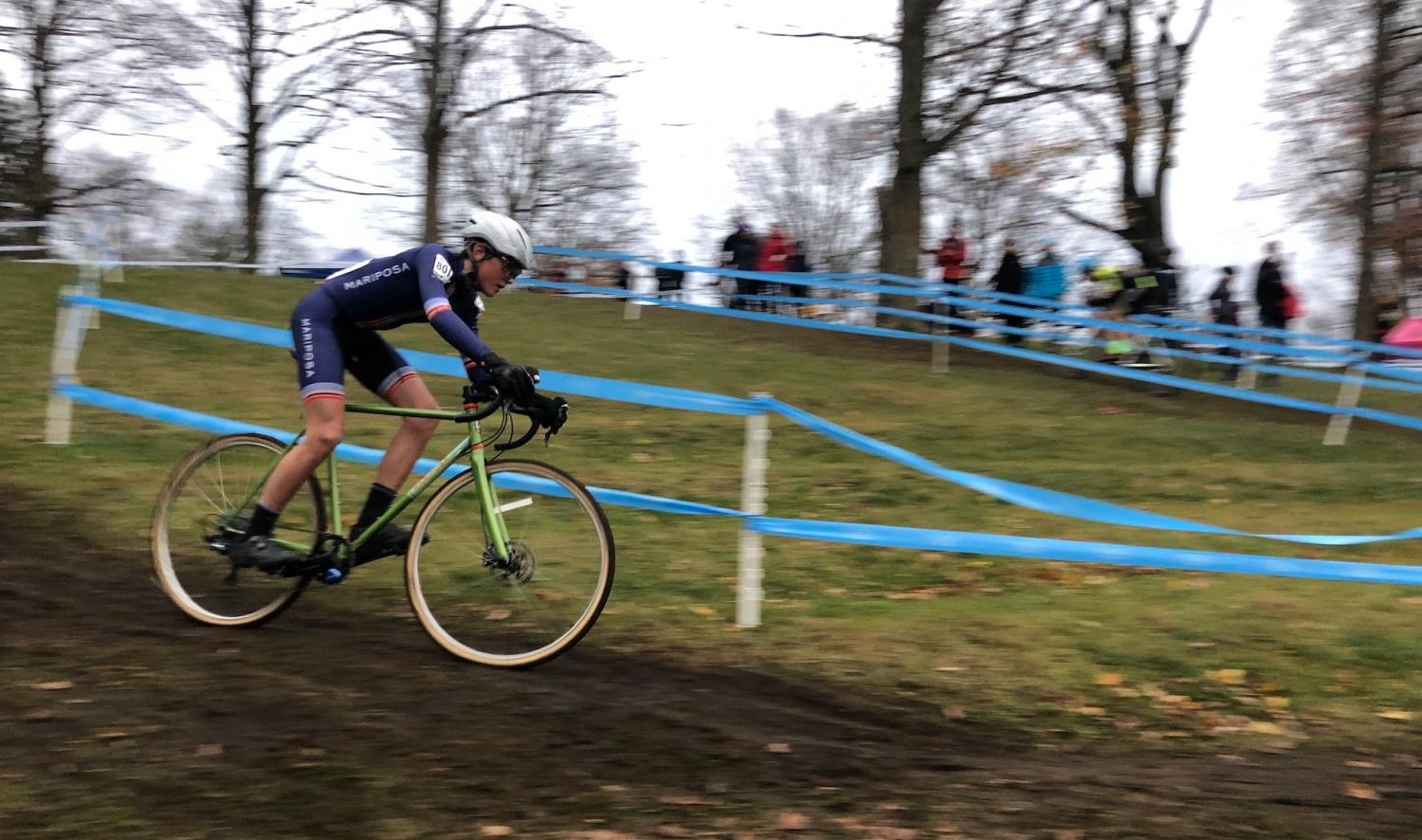 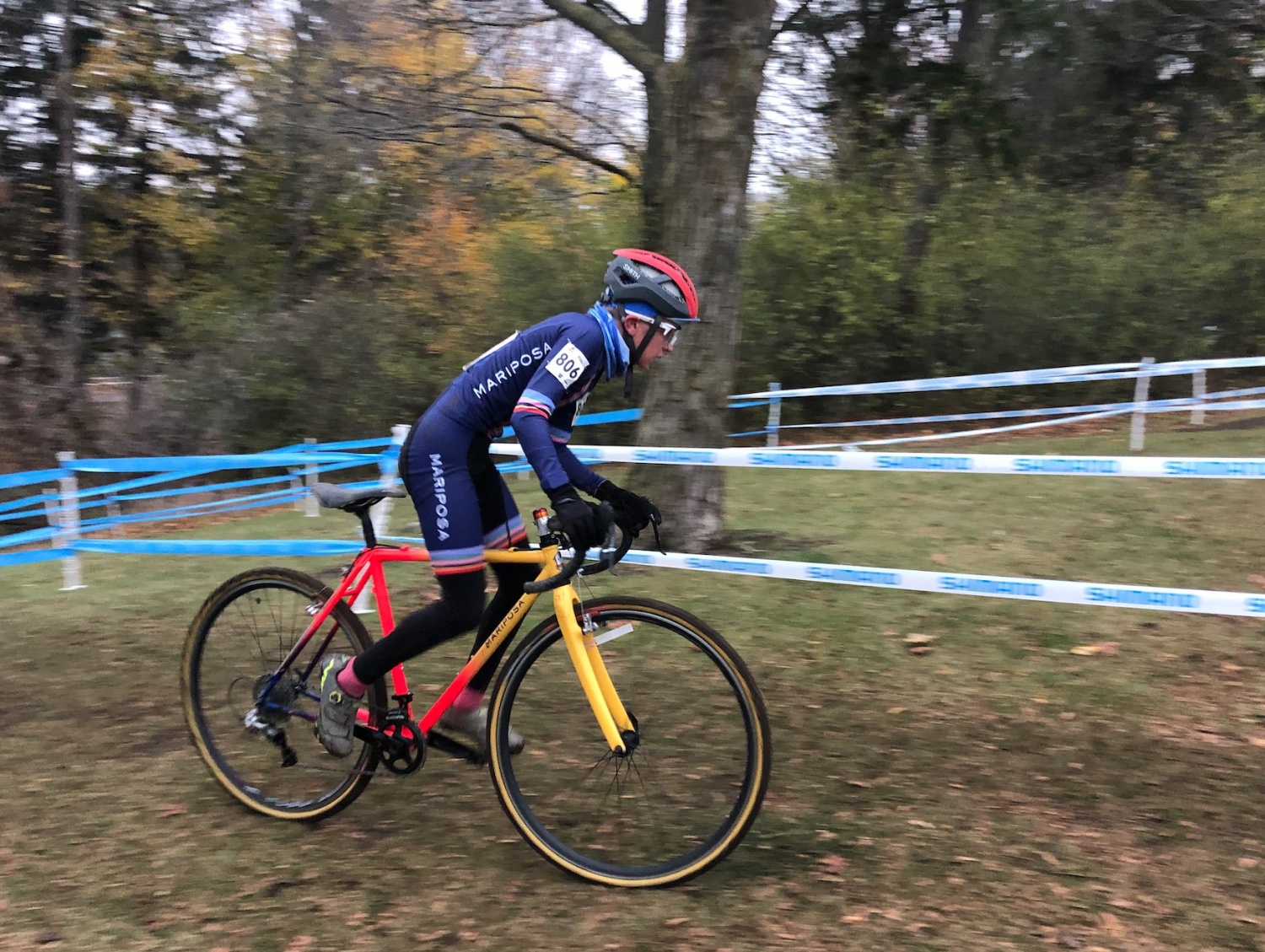 Bas Stroomberg powered up the hills to 9th place in the U-15 division. Bas is riding a Mariposa with SRAM force and Shimano/H Plus Son handbuilt wheels. 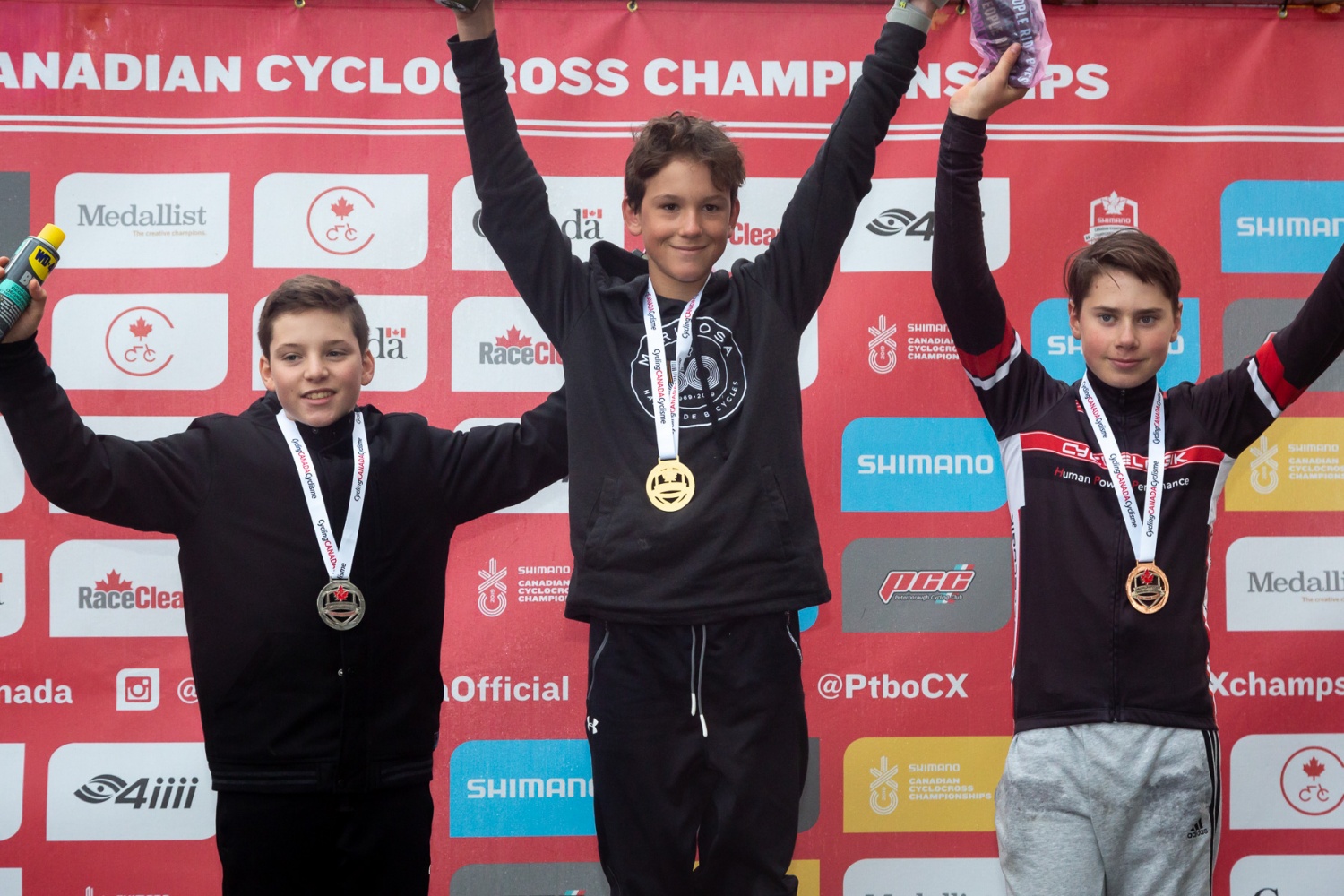 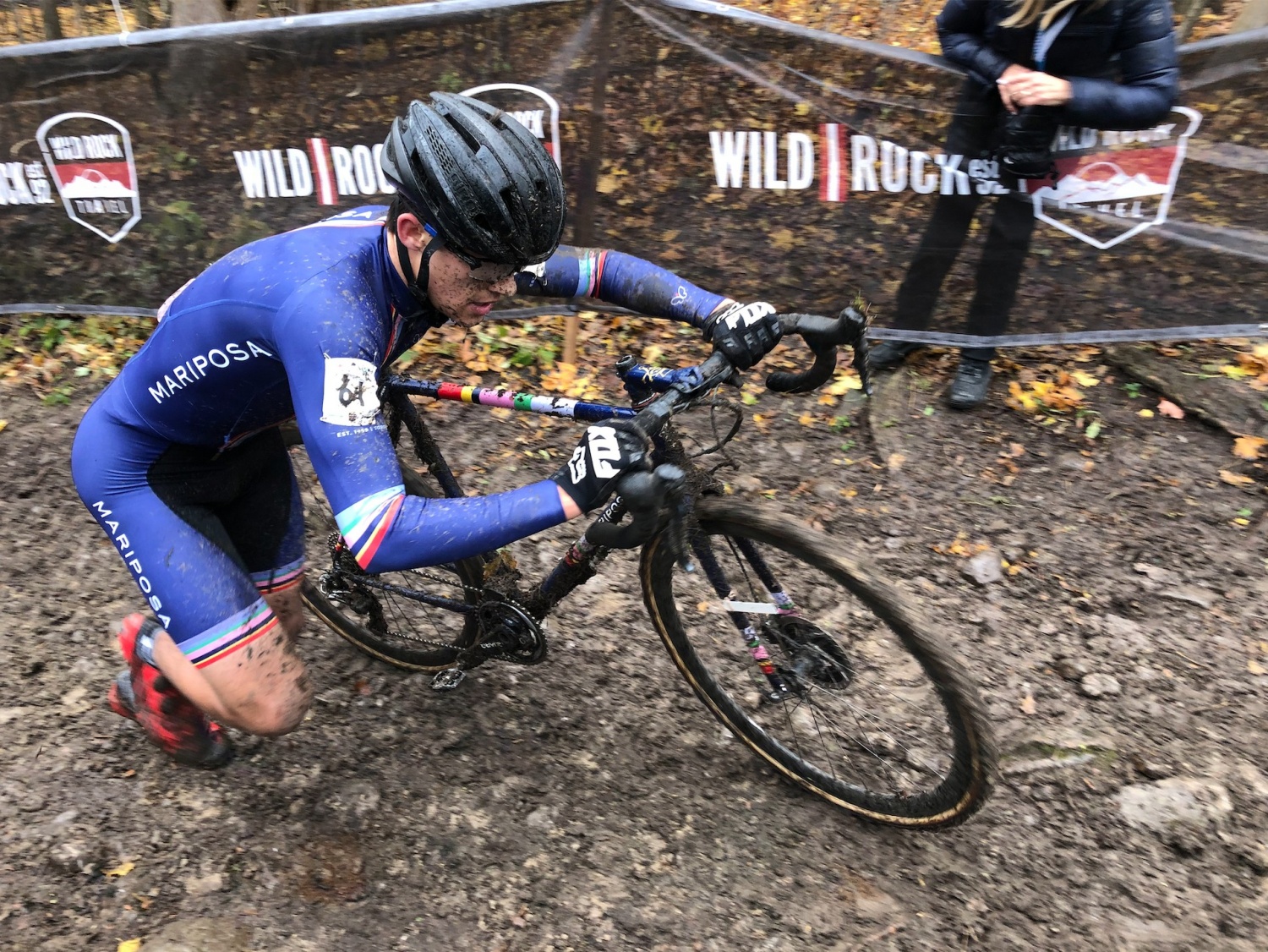 Jack Ciotlos rode strongly in the U-23 Category, finishing 17th in only his second cyclocross race of the season. Jack’s bike is built with Dura Ace Di2 and has a Quark Powermeter. His wheels are Ritchey’s with FMB tubulars. (Mariposa CX race skinuits available in the webstore).

Cameron Jette powered his way to 6th place in the Elite men’s race on his Mariposa Dura-Ace Di2 bike. He rides both Dura Ace and Enve wheels with FMB tubular tires. All the riders used the deeper tread tires as the course was slick and they needed the traction. 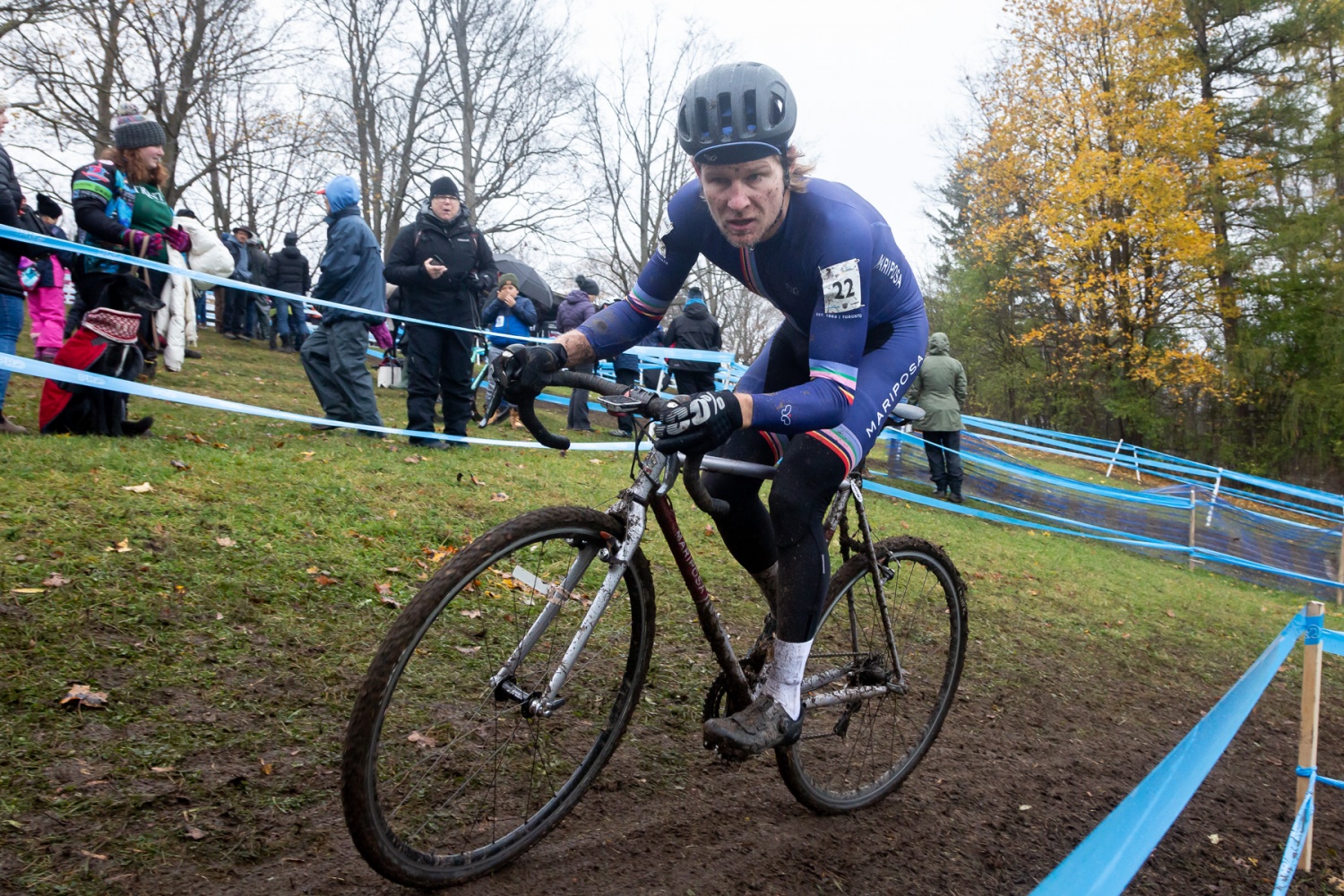 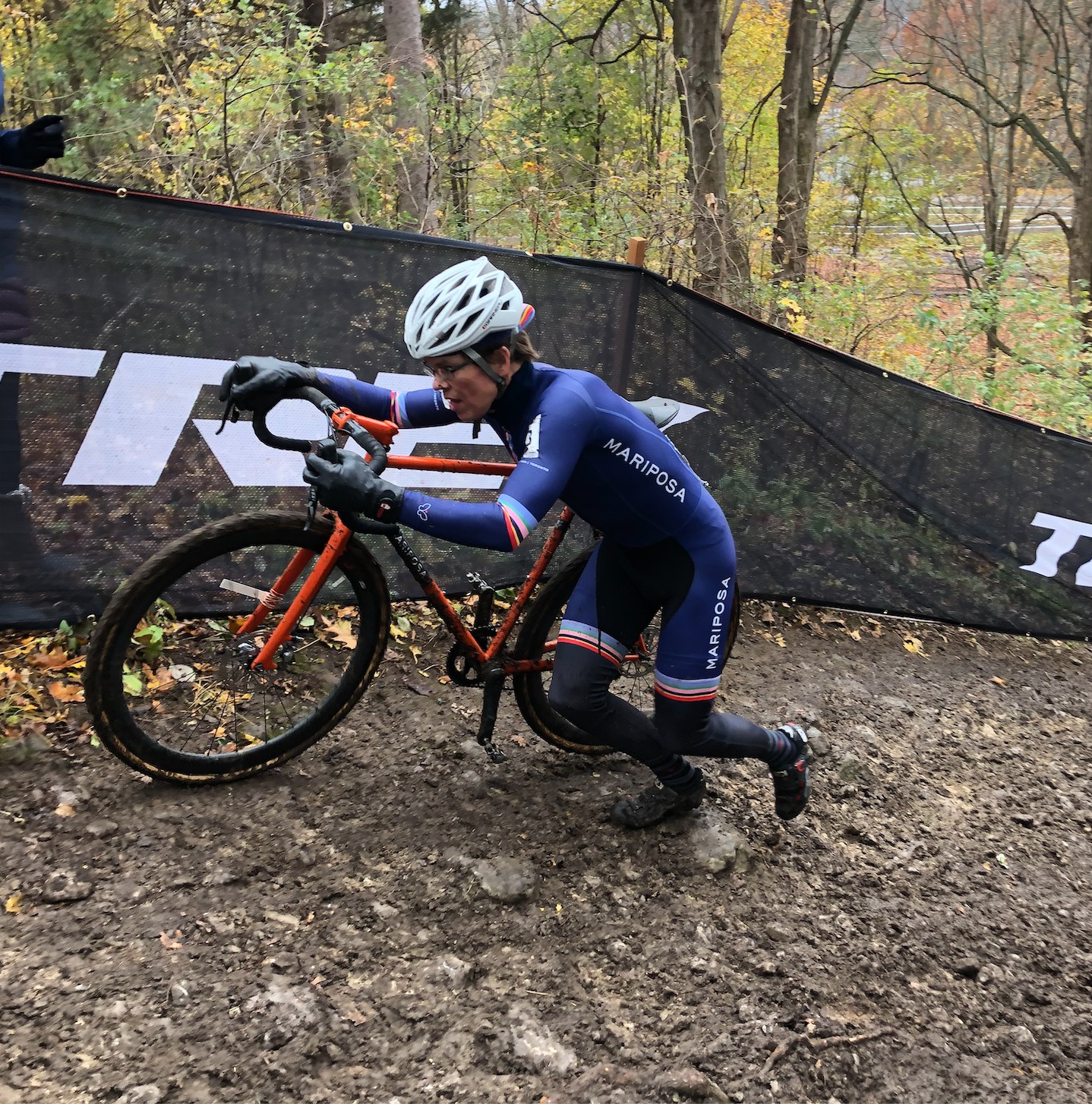 Peter Morse finished 23rd in the Elite men’s race. Pete’s bike is equipped with SRAM Force One and Zipp wheels.