On the bike, slogging through mud, suffering from the effort, and smiling. 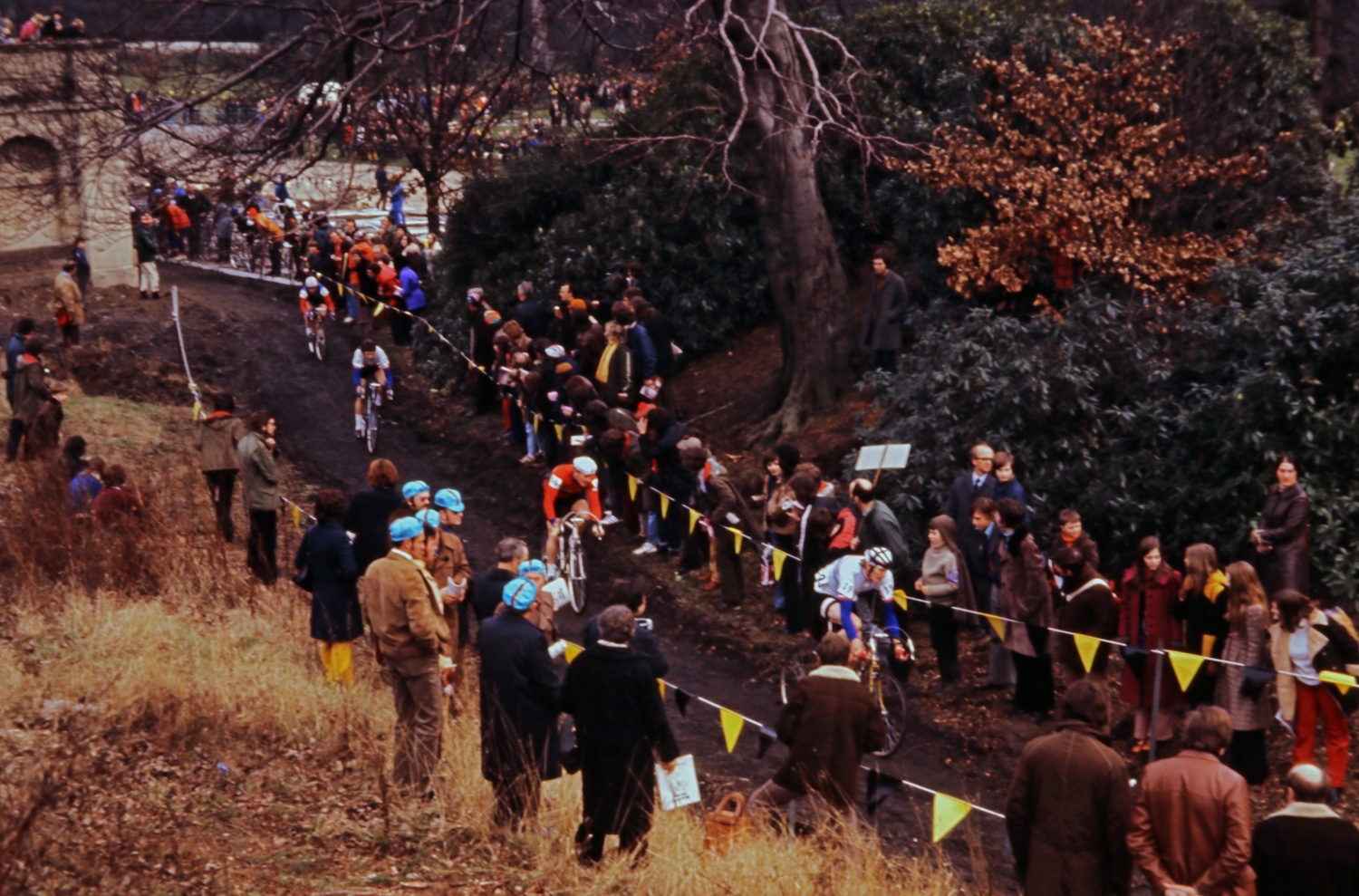 A look back at cyclocross over the years with a selection of photos from the World Championships at Crystal Palace, in 1973. By Michael Barry. Photos by Clare Barry, Mike Barry Sr and Gil Smith.

There was deep mud, there were staircases of a hundred steps the riders had to run up with their bikes on their shoulders, there were waist deep rivers the riders were expected to ford, and there were farm fences they had to heave their bikes over. Most contestants rode old ten speed bikes fitted with knobby tires, or maybe even cantilever brakes. Few had specialized equipment as it was hard to find, and, like so many sports at the amateur level, the discipline had yet to professionalized, like it is today. Into the 90’s, cyclo-cross in North America was still an off- season sport for mountain bikers and road racers to extend the season, keep some fitness and have a bit of fun. The community was strong; volunteers and racers put up and tore down the courses and met at a house or pub in the evening to chat about the day’s events and to satiate the appetite a cold day in the woods builds. 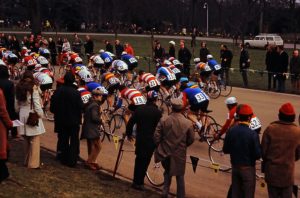 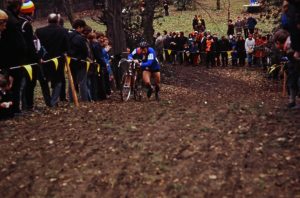 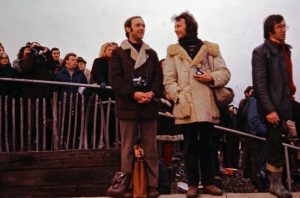 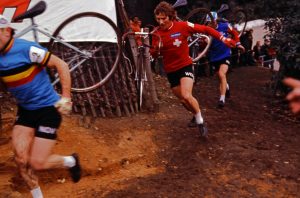 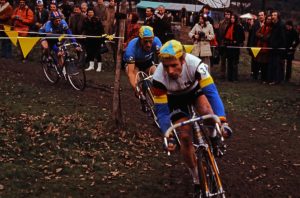 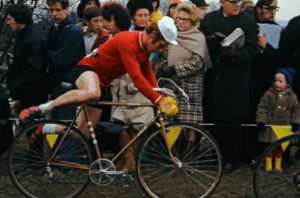 The Brits and other European immigrants who settled in North America were the core of the racing scene in the 1960’s. The first cyclo-cross races were started in parks around Toronto and then spread to the surrounding area. The races were a way the immigrants could meet new friends, build a community of like-minded people, and discover the country in which they had settled. It was a discipline of the sport in which they could enjoyably pass the cooler autumns months, as they had overseas.  Early on, they even organized races in the Canadian spring, as it’s easier to stay warm when jumping, running and riding at slower speeds in a park than fighting a biting north wind on the road.

In the early days, the races weren’t as limited by the governing body’s course restrictions, which made each race even more of an adventure.  Even in Europe, at the top level, the races were more open affairs with hurdles made of hay bales, logs or farm fences, and whatever other features the countryside could provide. There were no mazes of caution tape, flyovers, or specially made plank hurdles. Those came when races started to be ridden on more compact courses on Belgian or Dutch farms, where space was limited and, to map out a course of a decent distance, the loop had to snake, zig zag and double back. 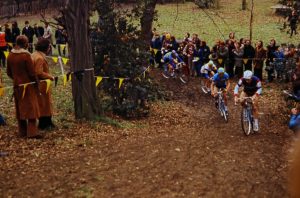 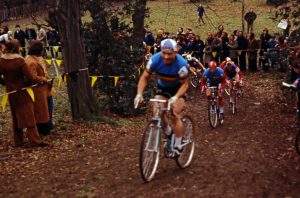 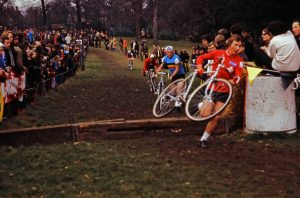 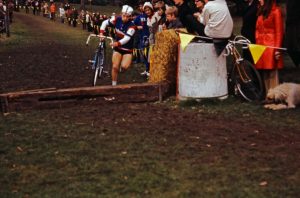 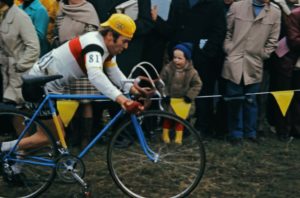 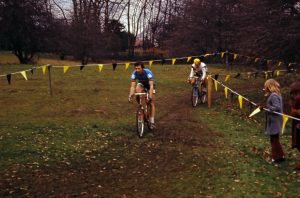 In the basement of our home, where cycling treasures are often found, there was a carrousel of old slides which my father had taken at the cycling World Championships in Crystal Palace, London in 1973. The actual palace, after which the park and area was named, was a massive glass and iron structure that was built to house the Great Exhibition in 1851. After the Exhibition, the building was moved to the park, where it stood until 1936 when, tragically, it burned to the ground. The Worlds course snaked its way through the park and around the ruins. It attracted massive crowds, all of who were held back by a little bit of rope. The race was won by Erik DeVlaeminck, an icon of the cross world, who rode for the stylish, and now iconic,Brooklyn Chewing Gum team on a Gios bicycle. 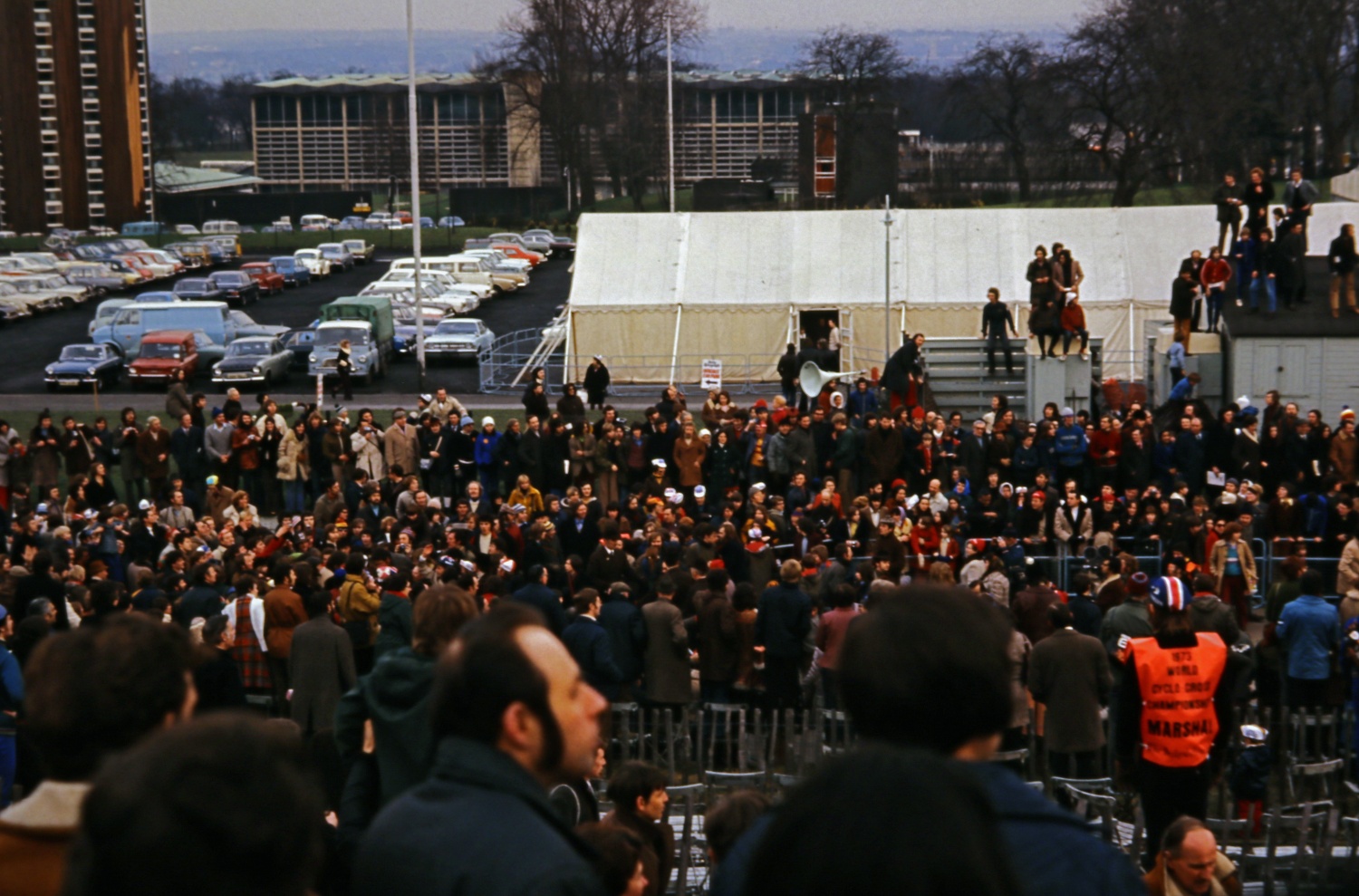 As is evident in the photos and video it is remarkable how much the sport has changed, especially on the technical side. Now, the bikes are far more functional, the riders wear glasses and helmets, the clothing is branded and sleek. There was, however, a certain romance to the old events, as there was always a sense of adventure that made a tough race a jovial affair.
Today, there is a commonality between the old local cross races in course and ambiance to the current open gravel,  and mountain bike endurance events, which tend to use the natural features, be an adventure as well as a race, and be as much about attracting people to the sport and building a community as competition and attaining the next level. Perhaps, it is because they are still growing disciplines of the sport, where almost anybody can participate, get a little dirty, feel like a kid, and enjoy a good day out on a bike. 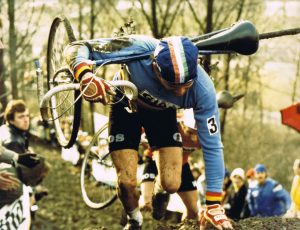 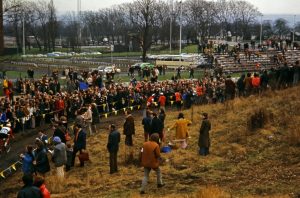 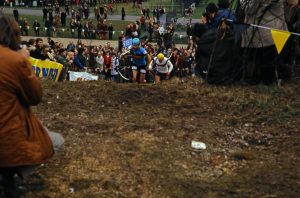 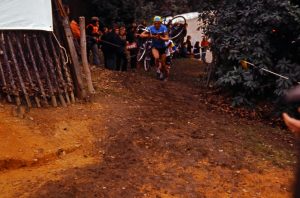 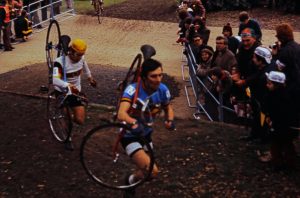 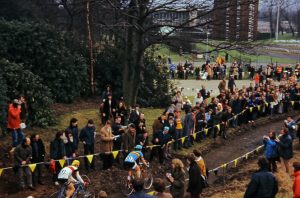