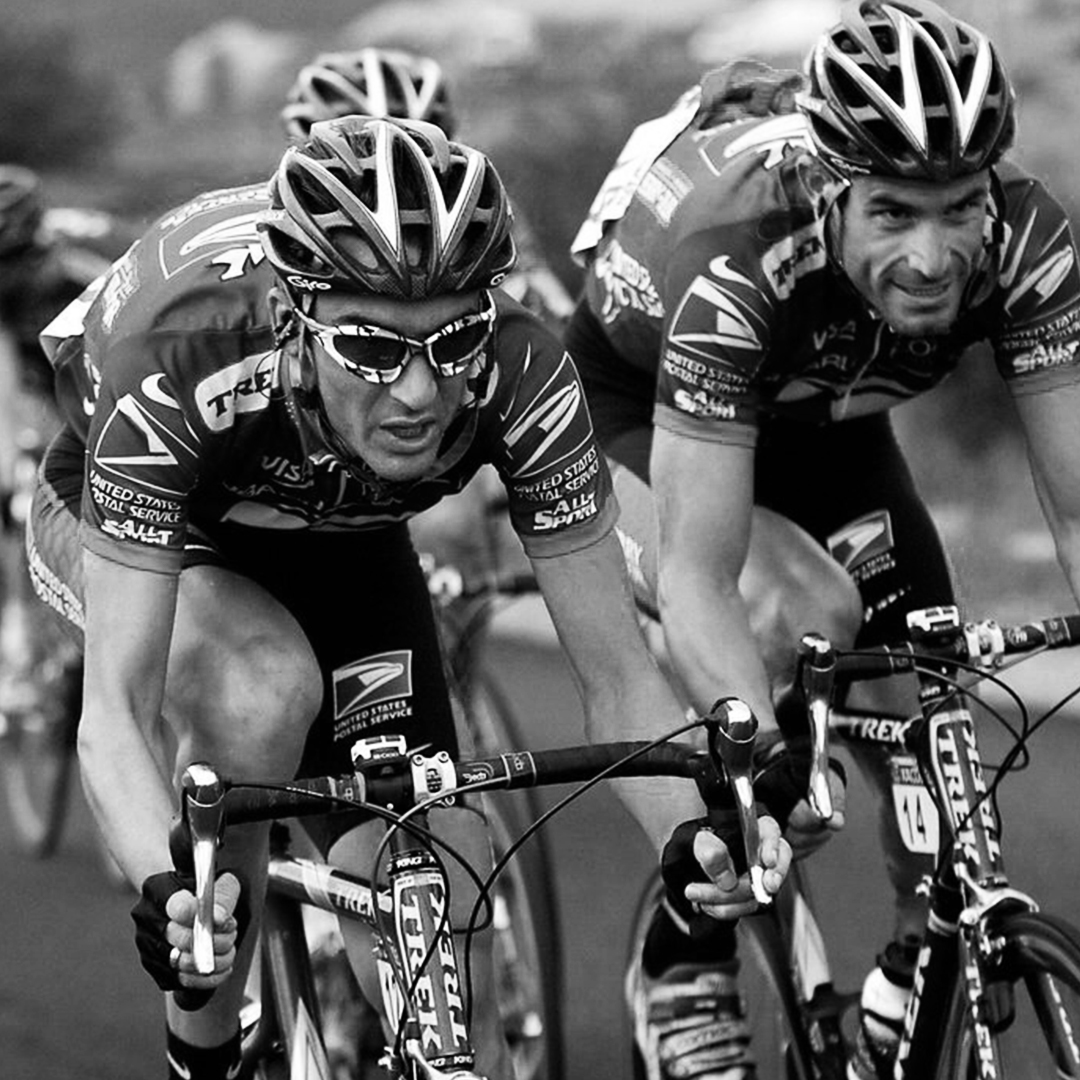 Michael Barry was interviewed by Angus Morton from Disc Breaks and spoke about empathy in the peloton, taking a new perspective on cycling, and a really diverse range of music.

Angus Morton:  When were you born and where did you grow up?

Michael Barry: I spent the first 20 years of my life in Toronto, Canada, then moved to Annemasse, France for three years, then Boulder, CO, then Girona Spain.

Angus:  What is your current city?

Michael: Toronto. We moved back here when I retired from racing in 2012 to be closer to family.

Michael: Traveling is far more relaxing now as I don’t have to worry about a coming race and my fitness, health etc. Being a pro cyclist is a 24 hour a day job—the next race and fitness never escape a racer’s mind and they influence almost every decision. As a result, I think I now observe more of my environment and am more relaxed. While traveling to races I missed a lot of what was going on outside the race (the culture of the place, the environment etc), as we were always moving forward with a place to go and an objective down the line—there wasn’t always time to simply stop and observe. But, I listen to a lot of music while traveling, whether on the plane, in a bus, in the hotel room or in a car. The right music will motivate me, calm me, inspire me…. I’m always looking for new music to fuel those emotions. And, I like listening to local music as I can learn a bit about the culture.

Angus:  Where was the last place you travelled? What mustc where you listening to?

Michael: I’ve traveled a fair amount within the province and eastern Canada in the last few months as my son has been racing cyclocross but the last long distance trip I took was to Austria for a Rapha photoshoot/product testing. In the car with my son, I’ll roll through the satellite radio stations picking up everything from 1980’s metal and rock to hiphop to more mellow tunes for the post race drive home. On the plane to Austria, I was likely listening to the National, Aero Flynn, Jose Gonzales, and Bon Iver, as I find all three of them good for writing or reading to. I’ll put on classical music to fall asleep. I was also listening to Kendrick Lamar and Kid Cudi’s latest albums.

Angus:  What’s it like as an ex-Professional to be going to races with your son?

Michael: It’s good fun. Sometimes my father will come as well. I’ll pin on the numbers, he’ll pump up the tires….My father took me to races when I was my son’s age and now he’s doing it all over again.

Overall, I certainly see racing through a different lens than I once did, especially local racing. And, perspective is a good thing. Many people are far too heavily invested in their children’s performance, or in their own racing and tend to lose perspective. Of greatest importance, is that the kids are having fun and that they don’t buckle under the pressure and burn out. Too many parents and coaches create a performance based environment at too young an age and the joy of sport becomes overshadowed by work, fear of failure etc. Sport is too hard not to be enjoying it and the greatest tragedy is when a kid doesn’t have the desire to get on his/her bike again because he/she has been pushed too hard from a young age.