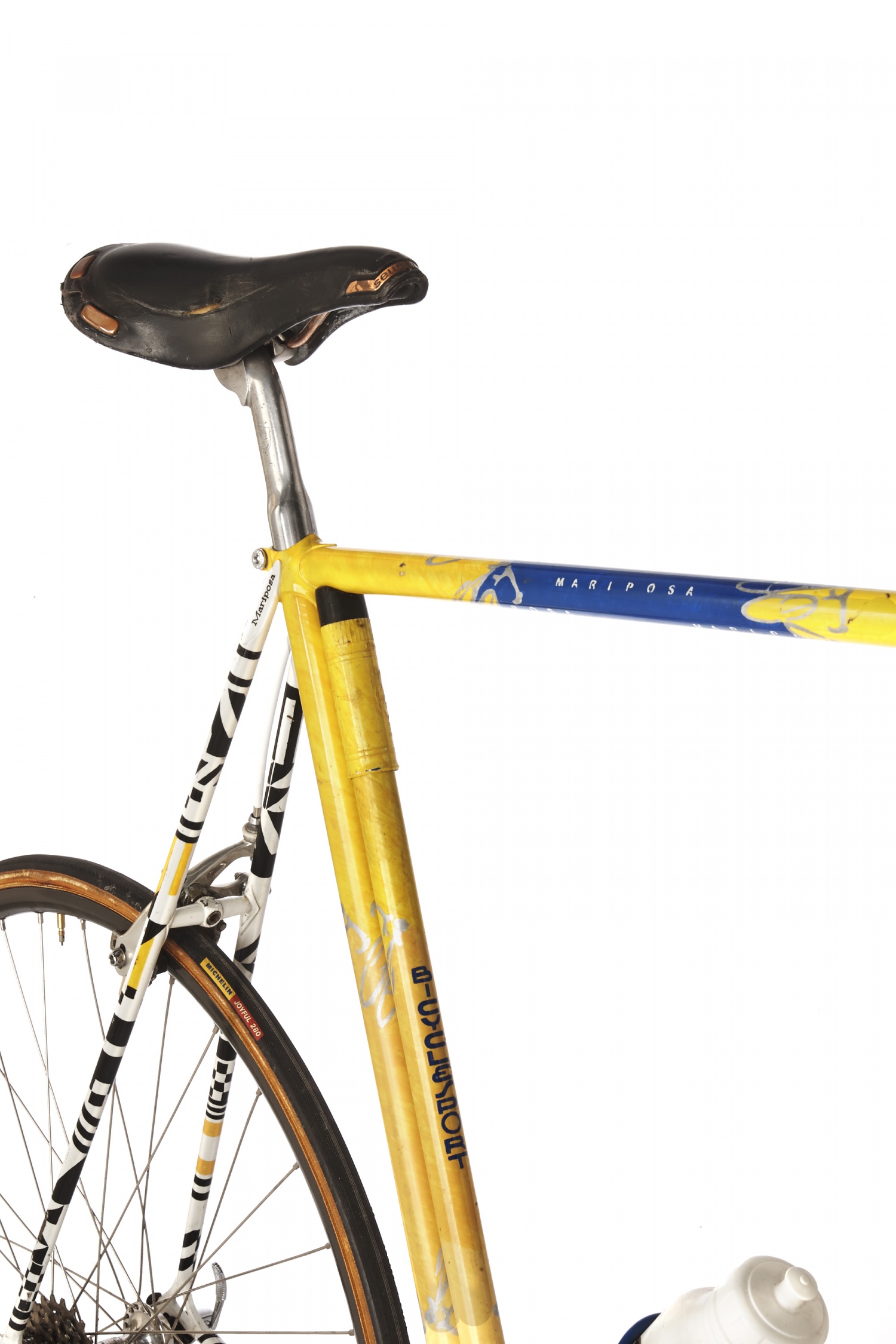 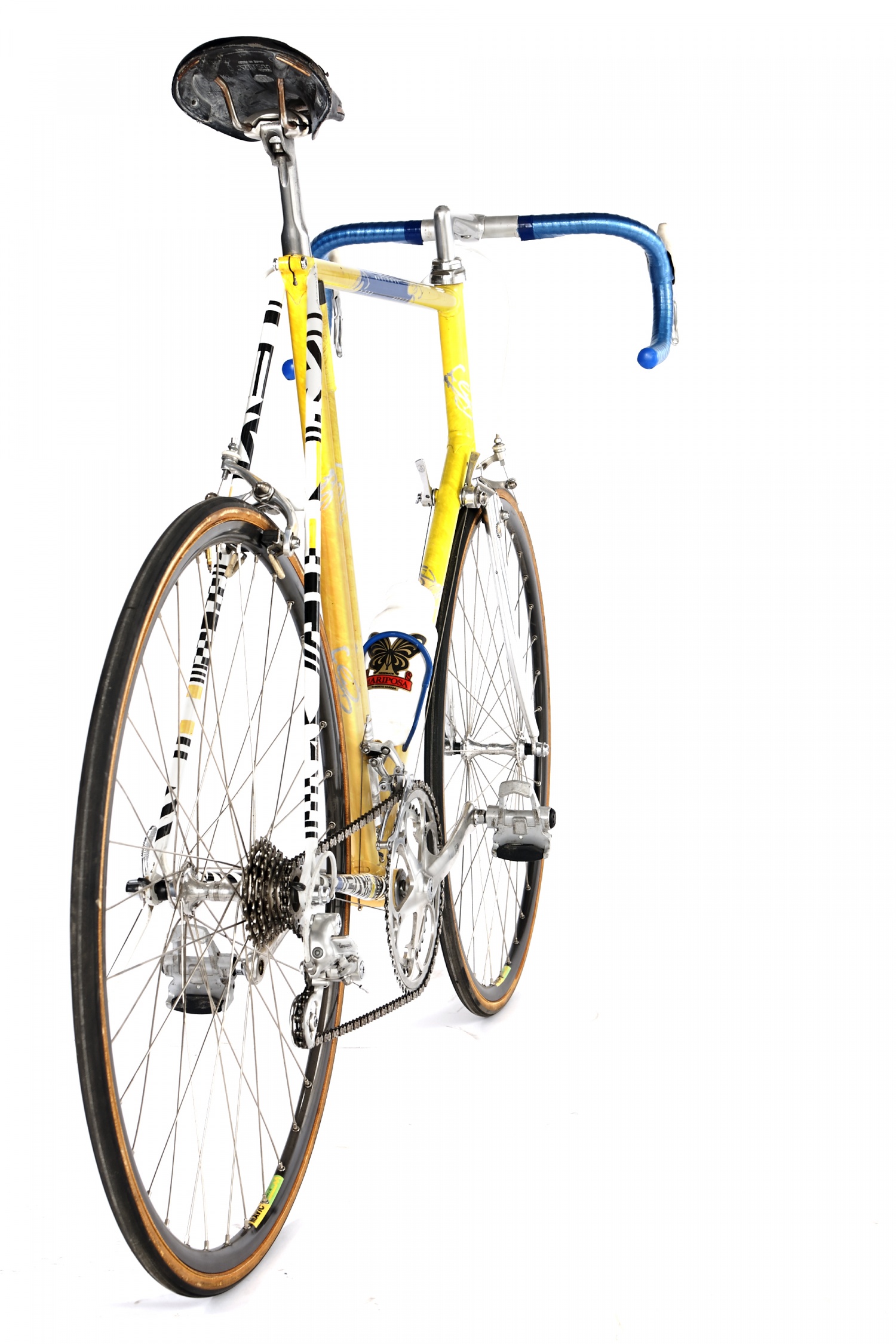 This Mariposa was built for David Harris in 1988 and painted for him by an artist friend from Toronto Island. David was a filmmaker and a world class hang-glider (he held the world record for distance hang-gliding).  He took Clare and Mike Barry on a trip to Yugoslavia in 1979 to make a cycling tourism film for the National Film Board titled,  Bike Style 80.

David lived on Toronto Island for many years and was a great promoter of the Island. While living there, he bought about a dozen Chinese roadster bikes and lent them to visitors to explore the Islands.

He was also a keen randonneur and bicycle racer. In the early 1990s, he finished 2ndto Guisseppe Marinoni in the Canadian National Masters Championship Road Race.

David helped Mariposa Bicycles, Bicycle Specialties and Bicycleposrt with various projects over the years and was a good friend.

David died of Cancer in 2013 and his wife, Nancy gave his bicycle to Mike Barry. It has remained a part of Mike Barry’s vintage bicycle collection. 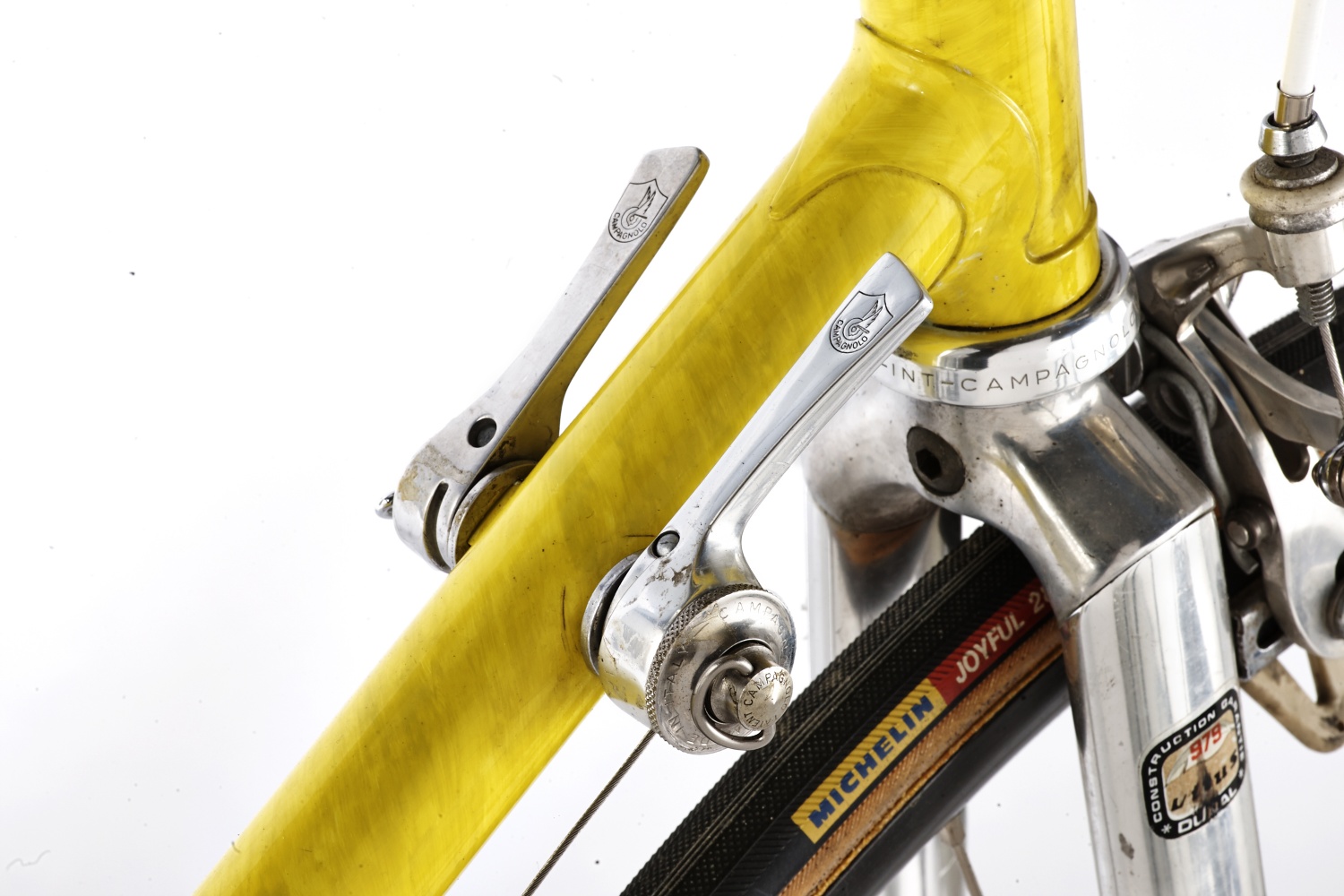