The Day Of The Hour 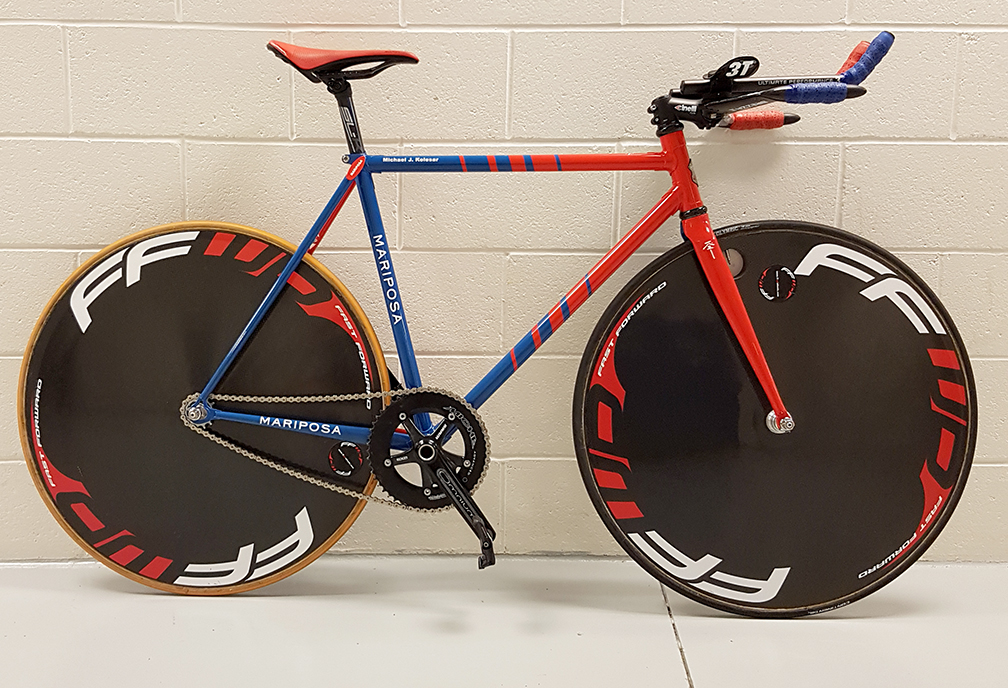 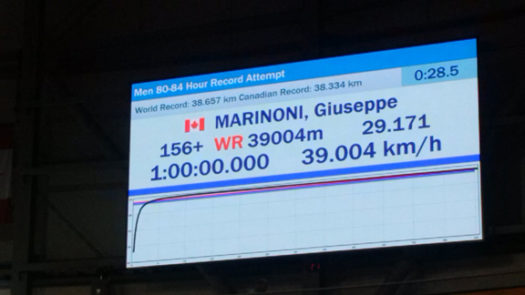 Michael Kolesar (66), from Mississauga — the organizer and driving force behind The Day of the Hour event, riding his Mariposa track bike, has established a Canadian Hour record of 35.949km for the M65-69 age category. His original goal was to break the UCI World Best Hour Record of 44.271 km, recently updated by Robert Gilmour (65) of Great Britain in 2016. It might be said that the rigours of organizing what became a world class event somewhat hampered his training effort, however, he plans to try again next year. 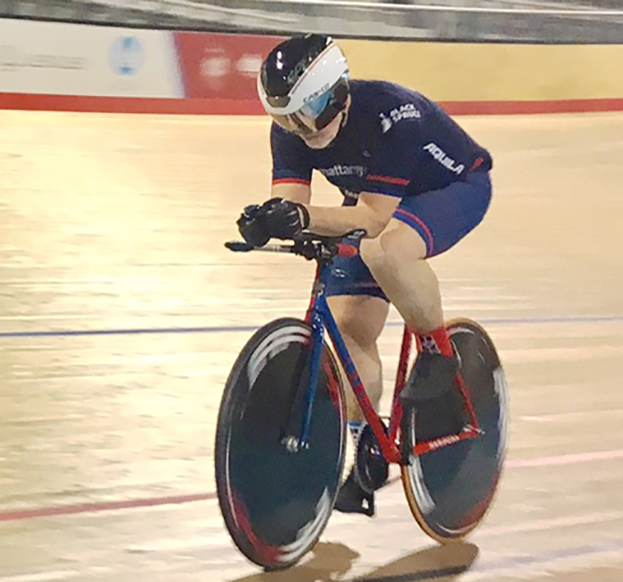 Hour Record Attempts are held all over the world in UCI sanctioned velodromes, usually by an individual cyclist in an individual attempt. The Day of The Hour marked the first time that a group of cyclists decided to make attempts at one venue, on one day.

In this case, the eight cyclists, five men and three women, were all Canadians – specifically from the Provinces of Ontario and Quebec. The idea for The Day of The Hour grew from the desire of one man, Michael Kolesar, to attempt the Hour Record in his age category. Initially begun as a way to share expenses, the event quickly drew interest from several other cyclists.

The Day of The Hour proved quite a success as these eight cyclists established four world records and eight Canadian records. Michael was quite pleased with the results. Even more so because this may become a larger event in future. Already, other cyclists are asking if there will be another Day of The Hour, an event which could offer cyclists from all over Canada the opportunity to chase their own Hour dreams, setting Canadian and World records in many more age categories.

We caught up with Michael after the event to discuss his motivation behind the hour record attempt, his bicycle and the effects of the Milton Velodrome on Canadian Cycling:

You have been a cycling commissaire for many years and recently got more serious about cycling at a high level. What motivated you to pursue the record?
In January of 2015, when my club, Racer Sportif, offered track certification courses and track time, I decided to try it. I had never before ridden a track bike or fixed gear. After a few newbie crashes, you might say I took to it like a duck to water. I bought a track membership, rented a locker, bought a track bike and I was soon riding several times a week. When the track reopened in the Fall of 2015, after PanAms, I picked up where I left off. At the time, there was a lot of interest in Hour records, and I began wonder whether this was something I could achieve, in my age group. It started as a dream, that, by the spring of 2016, became a goal. And it’s still a goal. I may have established a Canadian record, but I consider this unfinished business. I will try again.

For your hour record, why did you choose to ride a more traditional steel bicycle, rather than an a full aero bike?
Eddy Merckx is one of my heroes. When he set the Hour record in 72, he rode ‘old school’ – steel bike, spoked wheels, drop handlebars, etc. That was the standard at the time. I decided (perhaps blissfully unaware of the difference between aero and old school) that this was how I should attempt it. In the end, I did use aero bars and disk wheels. But the steel frame was a good choice. I really don’t believe there is any great advantage to be gained from a full ‘aero’ frame. (Perhaps yes, at speeds in the high 40’s.) My Mariposa frame provides a stiff, responsive ride to which I can add aero bars and disks when needed.

We are fortunate to have a world class velodrome in Ontario. How has the track in Milton affected your life?
Well, you might say it has become my second home. Since I started to ride the Velodrome in 2015, I have ridden more than 25,000 kms on the track in Milton – over 100,000 laps. I started racing competitively for the first time in a cycling career that spans almost 40 Years. And I can lay claim to creating and orchestrating a world class cycling event, The Day of The Hour. It still amazes me however, how many people, cyclists, are totally unaware that we have this velodrome right here in our back yard.

You have been spending a lot of time at the velodrome. What effect do you think the velodrome has had thus far on Canadian Cycling?
One of the pleasures of spending as much time as I do at the velodrome, is that I get to watch Team Canada riders train. And it’s inspiring. As well, I think that Canadian cyclists have started to show improvement and success on the world stage. Having a world class training facility right here means that Canadian cyclists can train more effectively more often than ever before. And it’s not just the up and coming riders that are benefiting. Masters riders are competing more and successfully on the world stage. I think we are only just beginning to see the benefits accruing from the Mattamy National Cycling Centre.

What is your next goal?
As I said earlier, I consider the WR to be unfinished business. I’m going to try again. First goal over the next few months will be to do well at the Provincial championships in March, and then next fall, I plan to attempt the Hour Record once again.

I hope that the Day of The Hour will continue to live on as an annual event. It remains to be seen whether I will be organizing it, but it does offer a cost effective and exciting way for Canadian riders to challenge for the Hour Record.