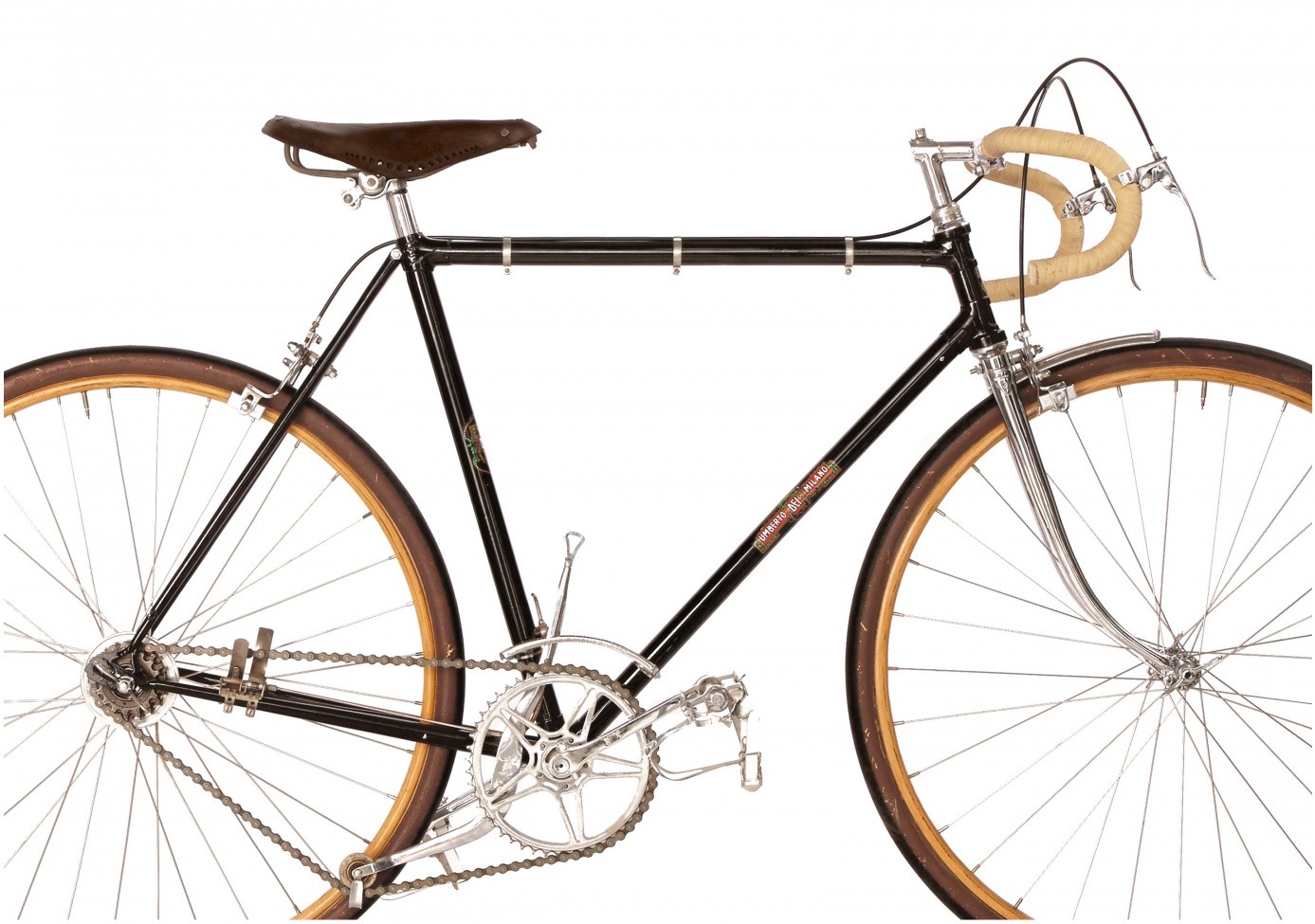 It wasn’t until 1937 that variable gears were allowed to be used in the Tour de France. The organizer, Henri Desgrange believed that they were unnecessary and that riders so equipped could have an unfair advantage over those riders using a bike with a single gear. Most riders did in fact have more than one gear. Their rear hubs were fitted with one or two different sized sprockets on either side. To change the gear, it was necessary to dismount, loosen the chain, remove the rear wheel and select a different sized sprocket.

Variable gears, both internal hub versions or derailleurs, had been used extensively for many years but not in the Tour de France.

Desgrange received numerous protests from the riders and in the 1937 Tour, almost all competitors were equipped with derailleurs. The Frenchman, Roger Lapabie, using a bike equipped with a three-speed Super Champion derailleur, won the Tour that year. His average speed was just 0.8 KPH faster than the 1936 winner, Sylverre Maes, riding without a derailleur. 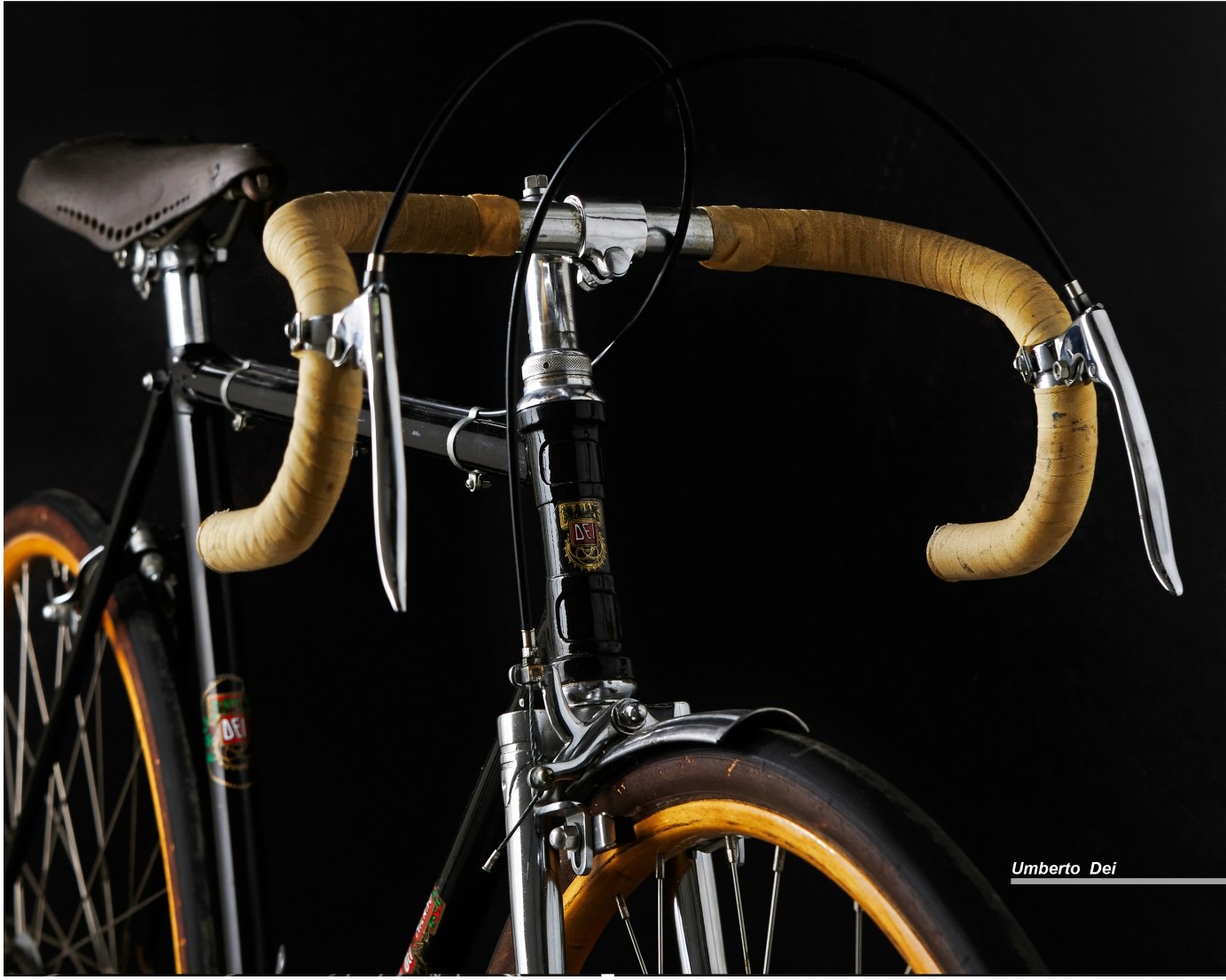 This Umberto Dei bike is very similar to the Legnano used by Gino Bartoli to win the 1938 Tour de France. It is equipped with a Vittoria Margherita three-speed derailleur. Unlike Lapabie’s 1937 bike, there is no lever on the down tube to select the gear. The whole gear selection process is far more complicated.

The rider first moves the lever, mounted above the bottom bracket, forward to detention the chain. Then he must back pedal and while doing so, manipulate the key-like devise at the top of the lever that in turn actuates the flippers mounted on the top of the chain stay. The flippers move the chain to the desired sprocket and now the rider can pedal forward and retention the chain. With practice this whole operation can be completed in a couple of seconds. The French riders must have been highly amused as their derailleurs operated almost instantaneously. 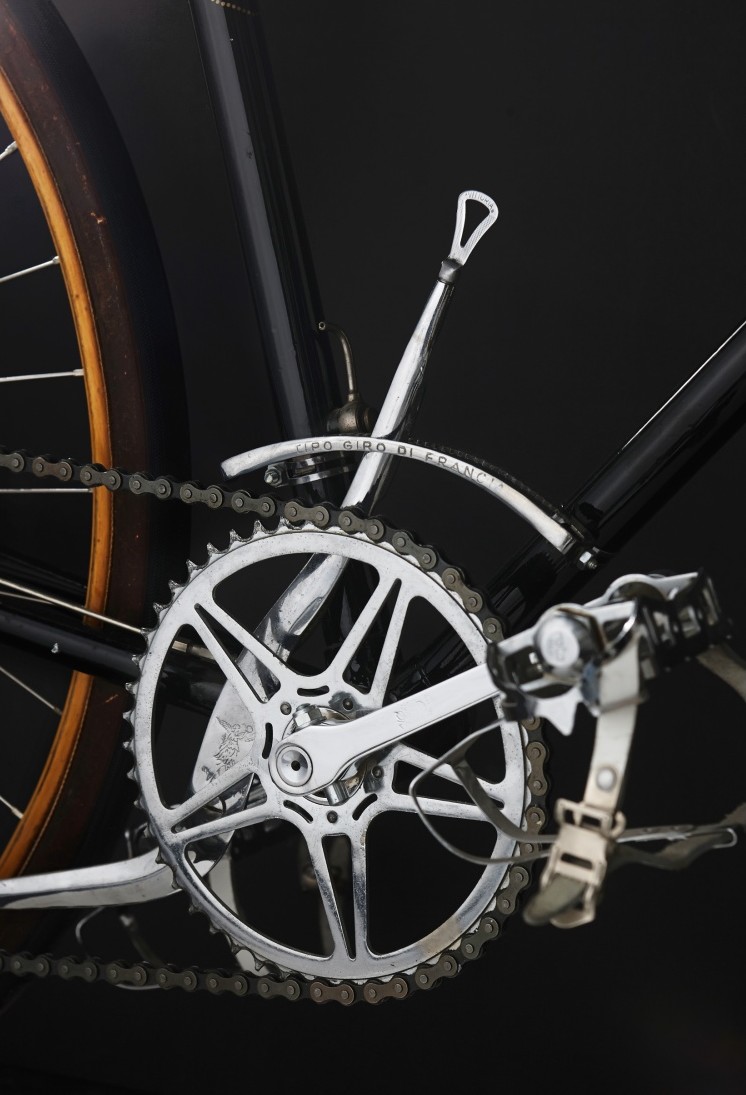 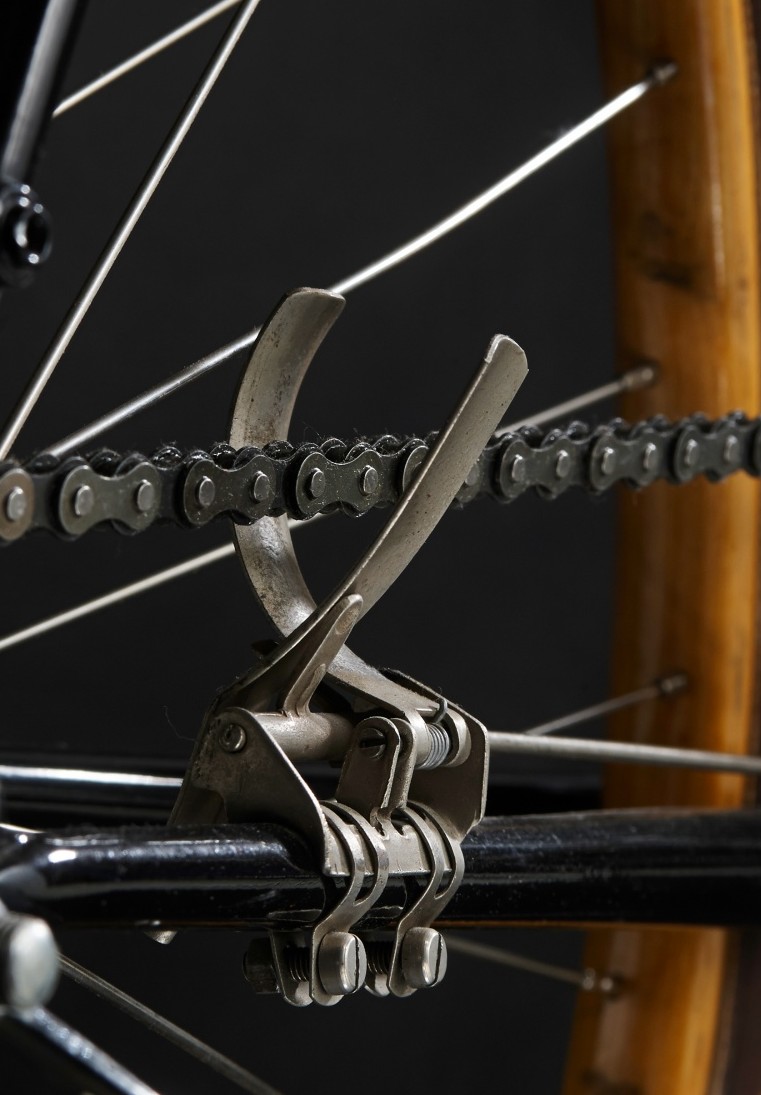 This Margherita derailleur is the second of the three versions produced by Vittoria. The first version just consisted of the chain tensioning lever. The rider could detention the chain, dismount, move the chain manually to another sprocket, remount the bike and retention the chain while on the move. I have heard that some riders could reach back to the rear hub while riding and select the sprocket but I find that somewhat difficult to believe.

The third Margherita version had the ‘flippers’ moved to the underside of the chain-stay and the lower run of the chain. At least with that version, the rider could change gears while pedaling forward.

The Umberto Dei has another interesting feature. Oil can be applied to the chain while riding. There is a small spout mounted on the seat-tube just above the chain-wheel. The spout can be flipped over opening a valve and oil stored in the seat-tube dribbles onto the chain. 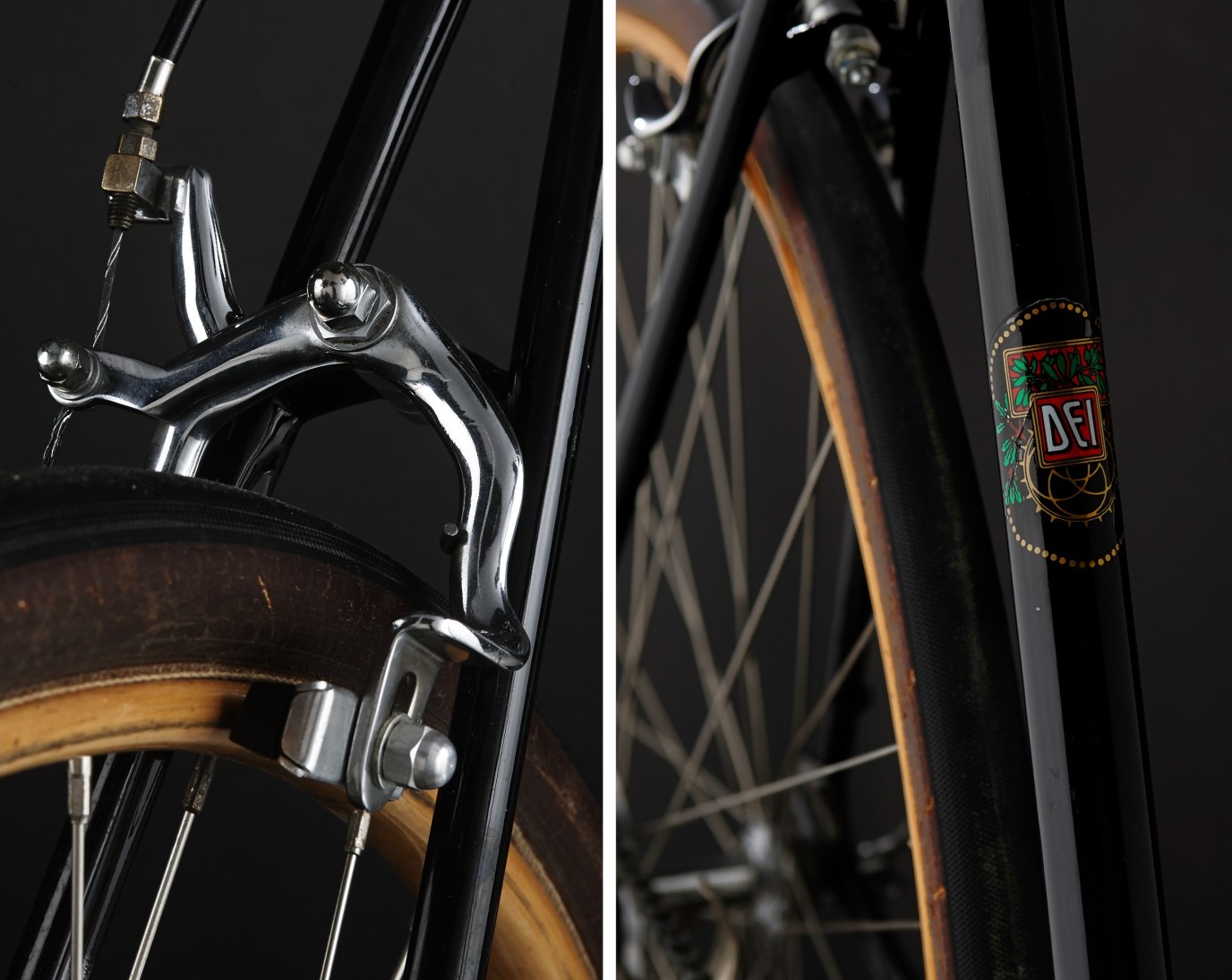 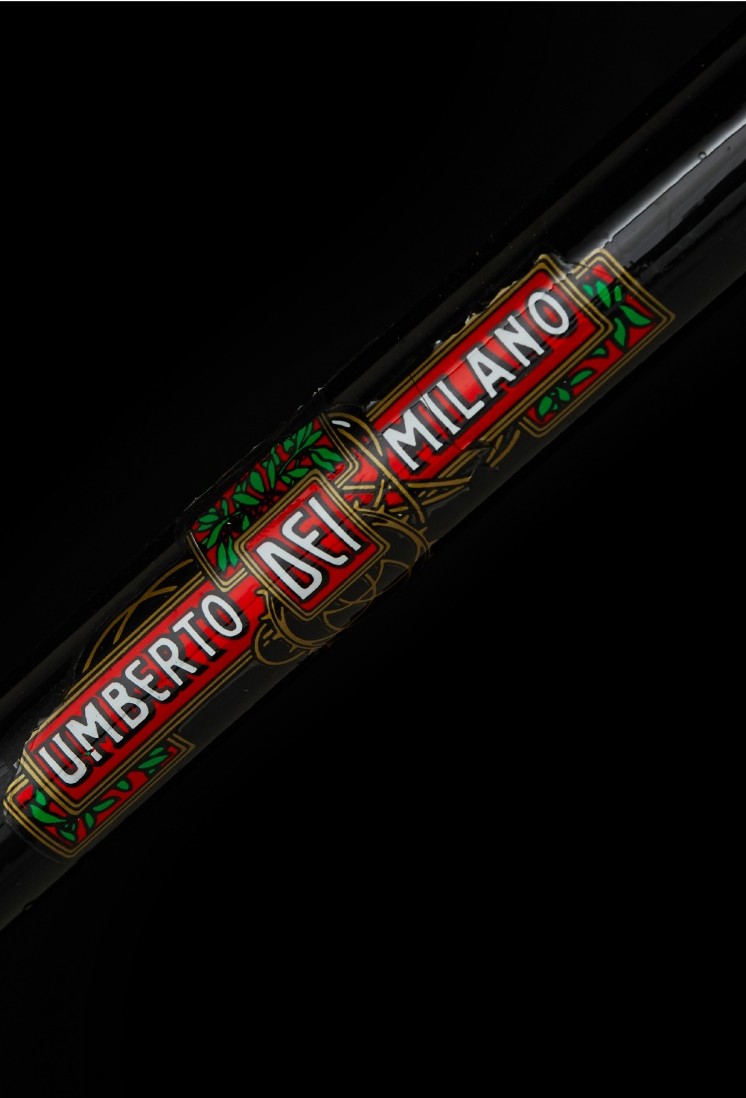