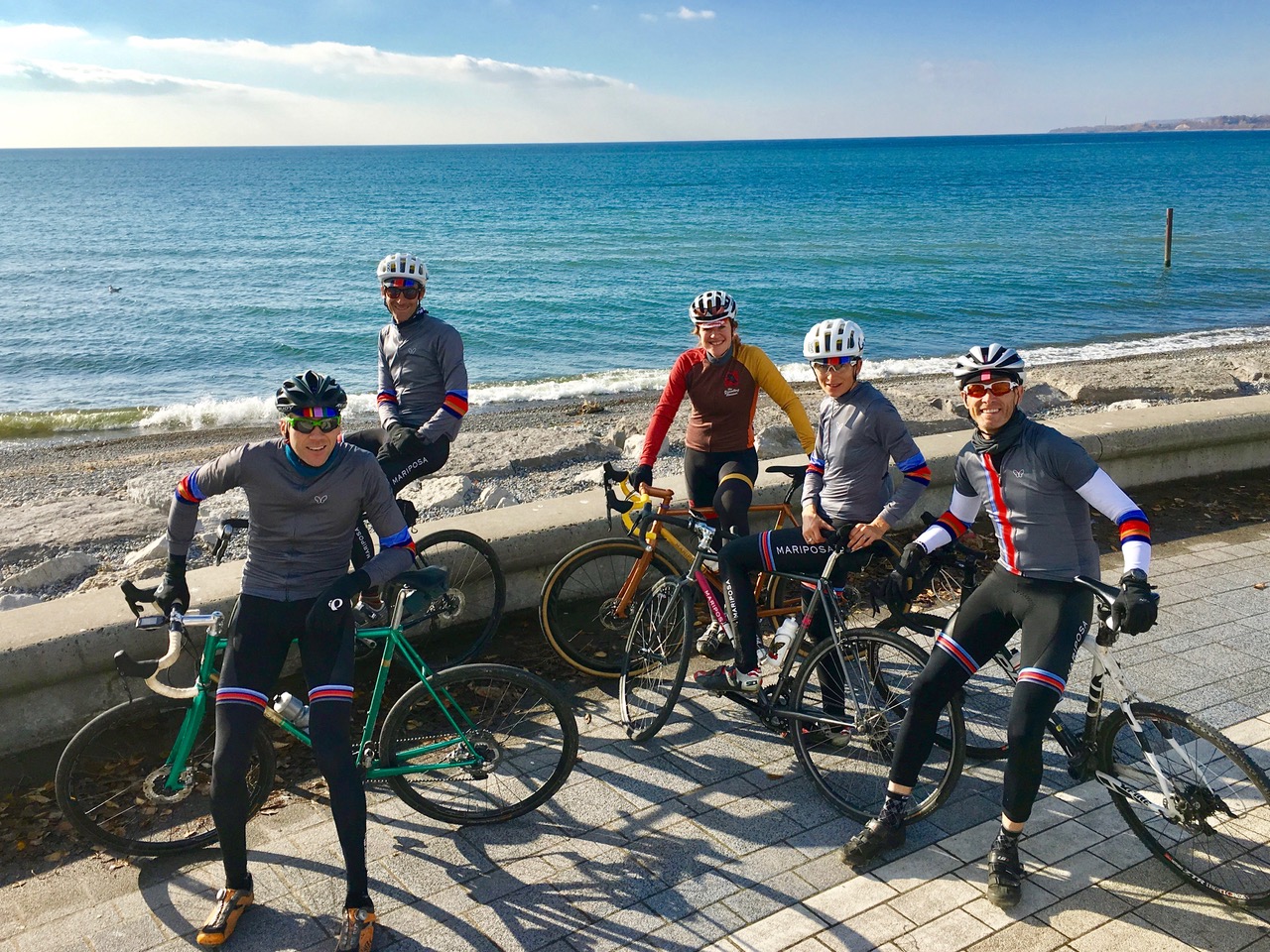 With over 7 million people in the greater Toronto area, it is the fourth largest city in North America, yet the vast parkland and waterfront make it easy to escape the chaos. In our quest for solitude, we escape down into the ravines and forests as part of our daily commute to the Mariposa workshop. The ravines are alive with beavers, deer, skunks, racoons, squirrels, cardinals, hawks, blue jays and other wildlife. On many days we travel several kilometers without seeing another human being which is not the norm in a city of its size. We are fortunate to have a vast playground at our doorstep, but also the convenience and diversity of big city life.

Last year, Michael and his good friend David Michael Lamb started planning and discussing a route on trails and paths, around Toronto, from the lake in the South to the Pearson Airport in the Northwest and then East to the town of Pickering on the shore of Lake Ontario. Michael had already ridden a good chunk of the eastern side of the loop with Nigel Gray, a triathlete and coach in Toronto, while David Michael had ridden much of the western chunk. The loop they mapped out, “The Big Toronto Trail Loop” is 170 KM, and is on a combination of paved bike trails, roads, gravel, single track and grassy hillsides that takes one deep into the landscape. In the belly of the parks or on the trails on the lakeshore peaceful solitude overcomes a racing city dweller’s mind. This size and sprawl of the city is reinforced on the few shorter sections of industrial park roads and residential neighbouhood streets. The photo essay below is from a late autumn weekend spent with friends who shared the joy of adventure in the city. 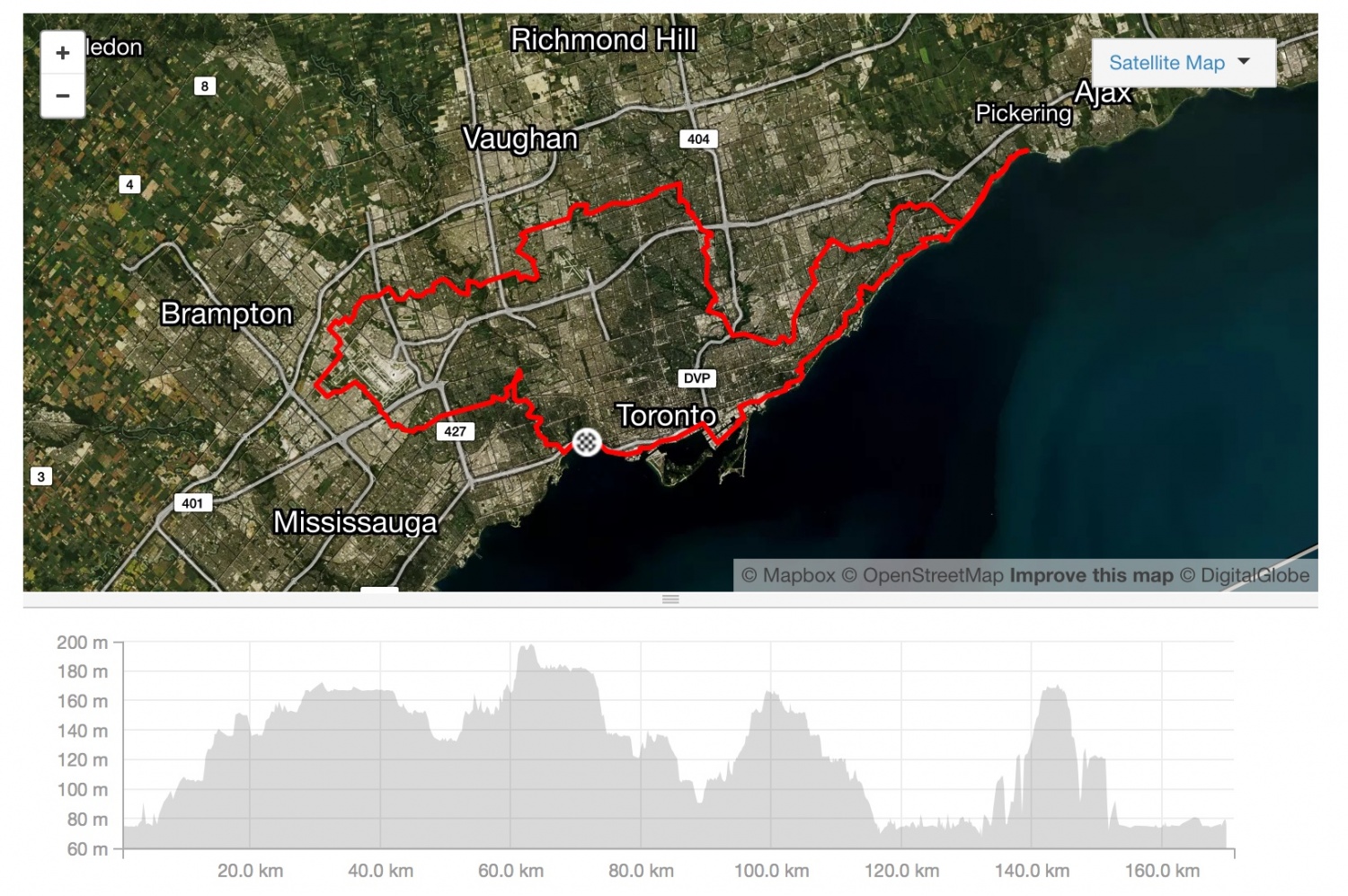 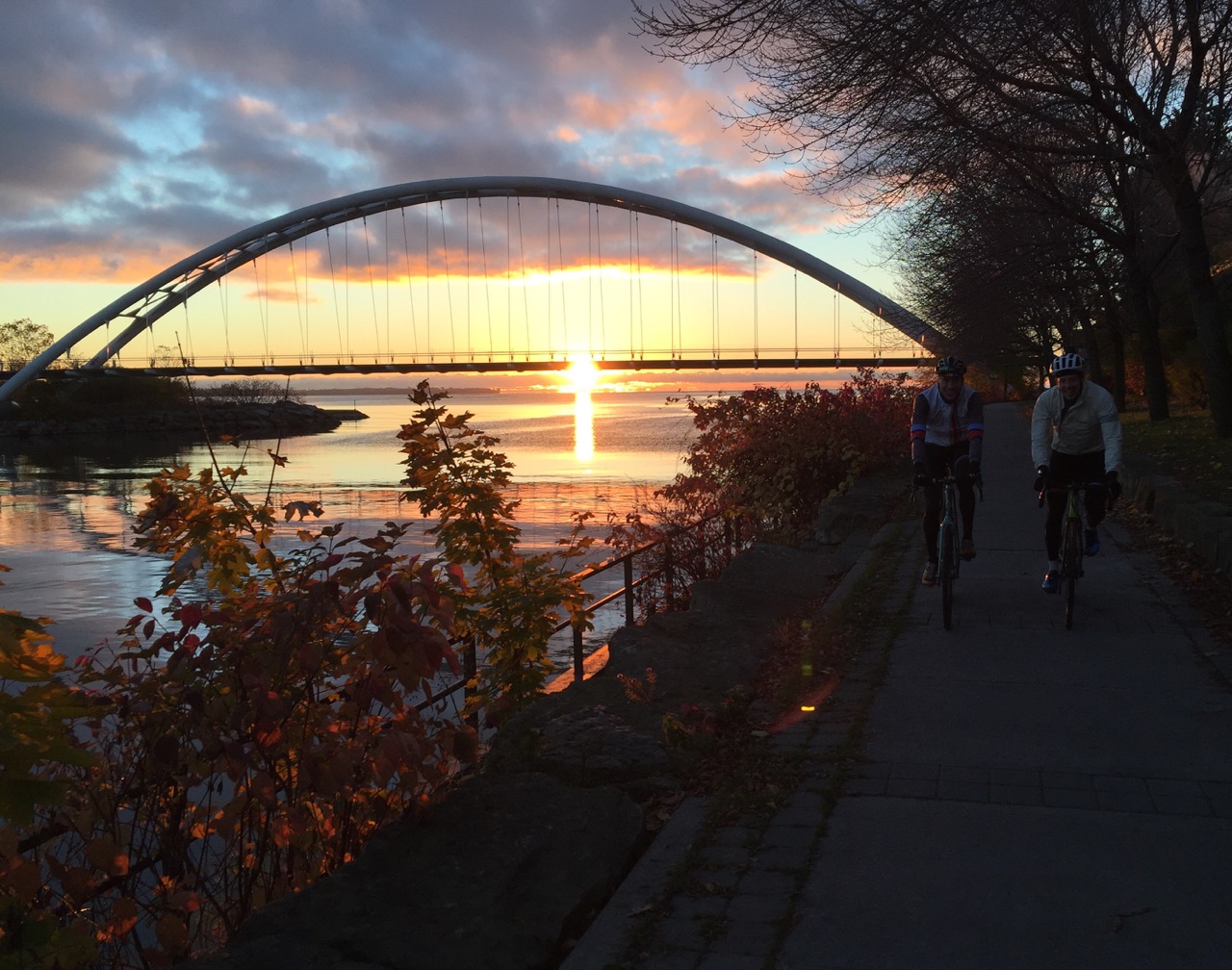 Sunrise along the Martin Goodman Trail. 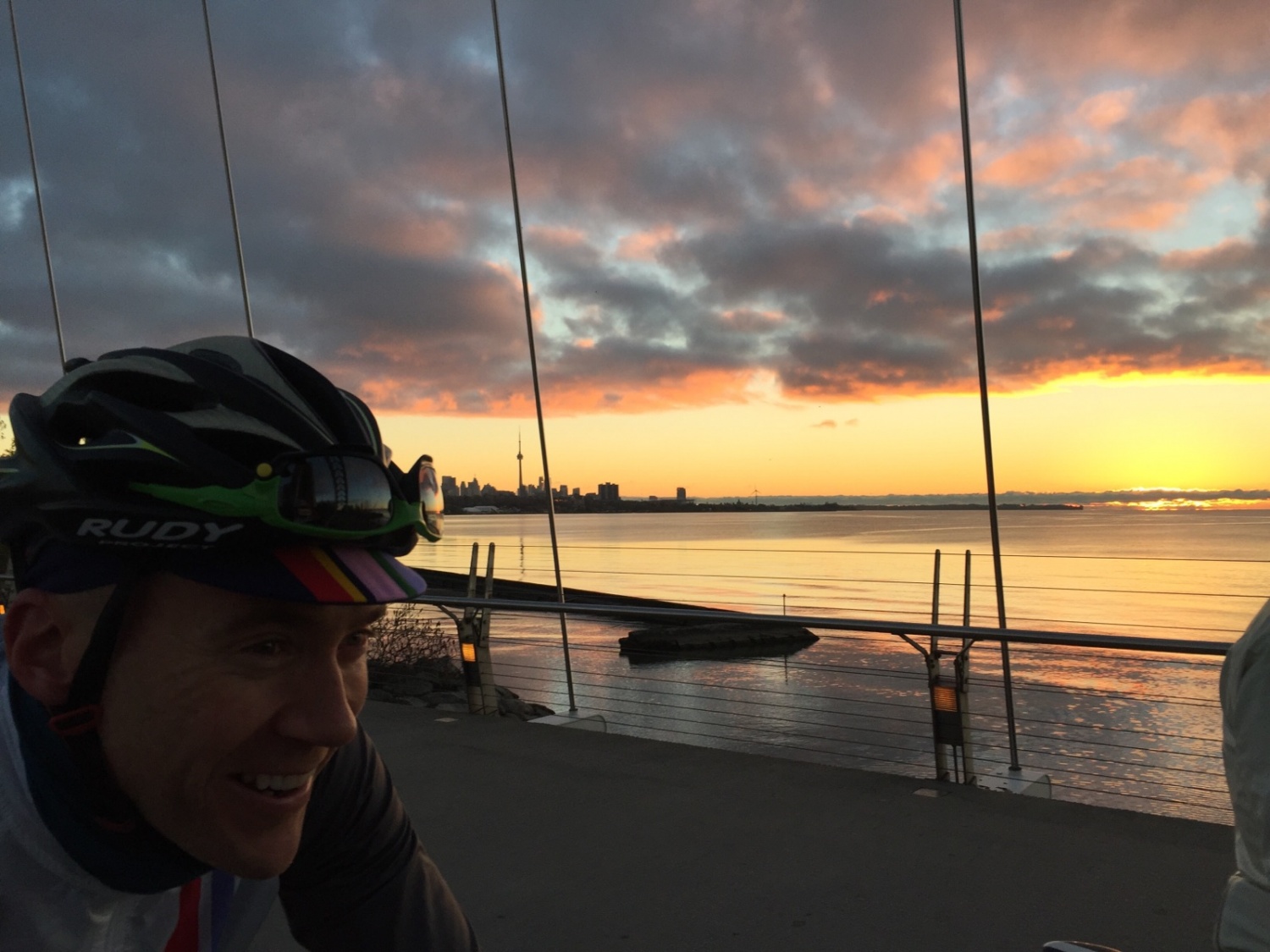 Views of the CN tower at sunrise East along the lakeshore. 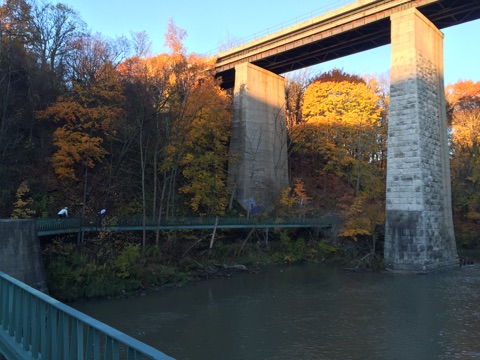 Along the Humber River Trail. 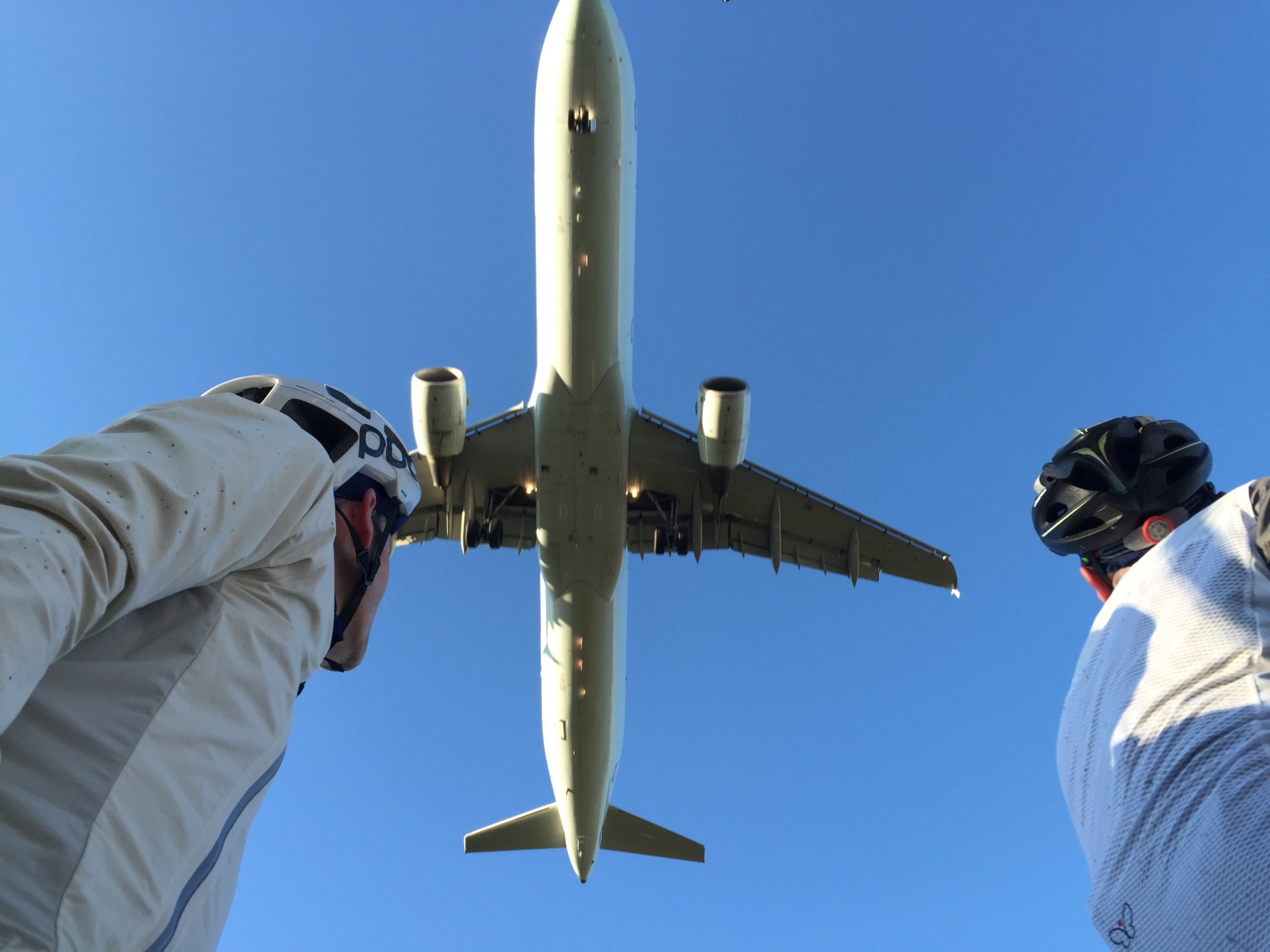 The trail edges up to Pearson International Airport where jets were landing overhead. 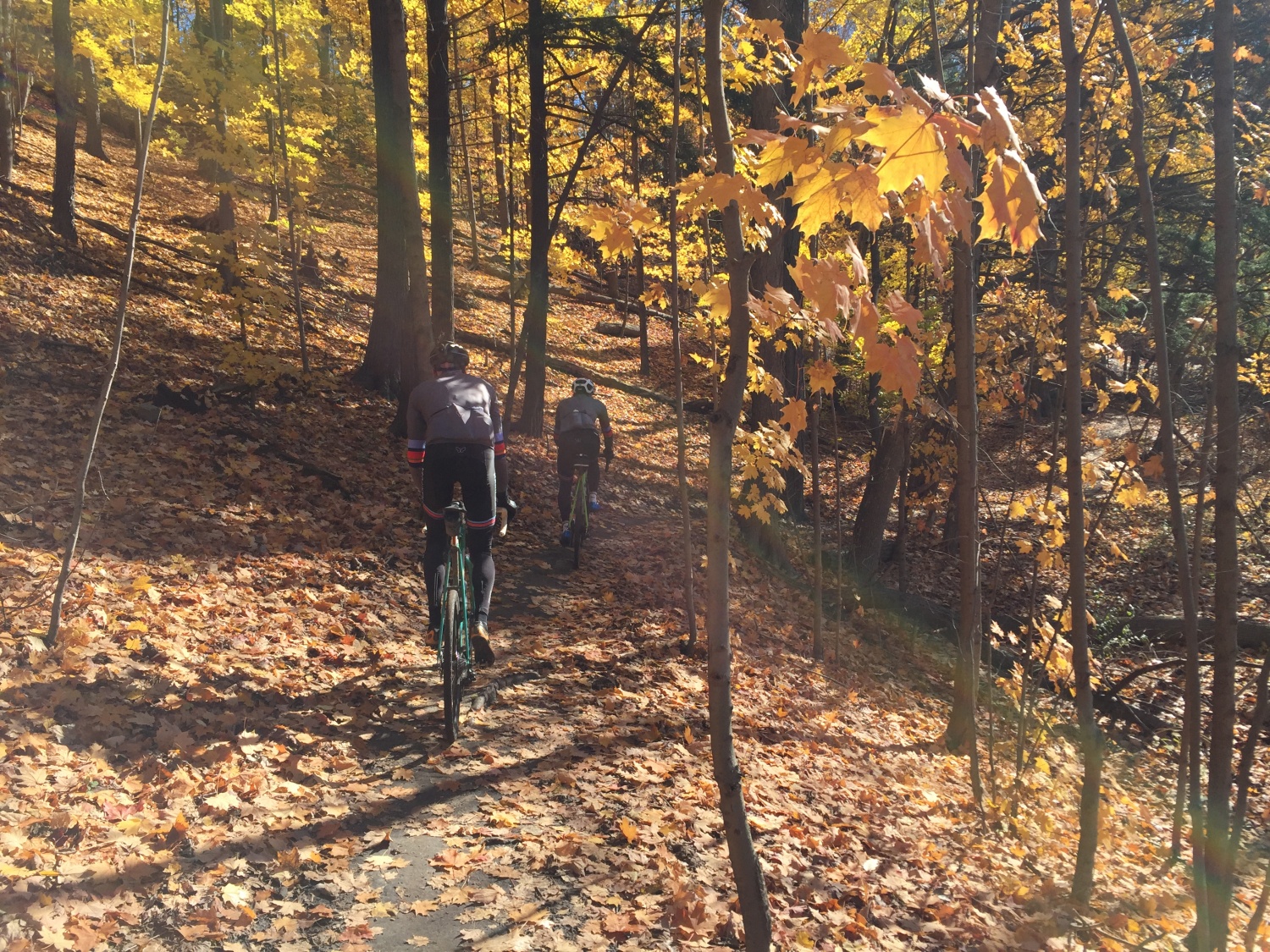 In stark contrast to the noise of the airport, we navigated many kilometers of lovely single track trails through colourful forest. Silence was broken by leaves crunching beneath our wheels. 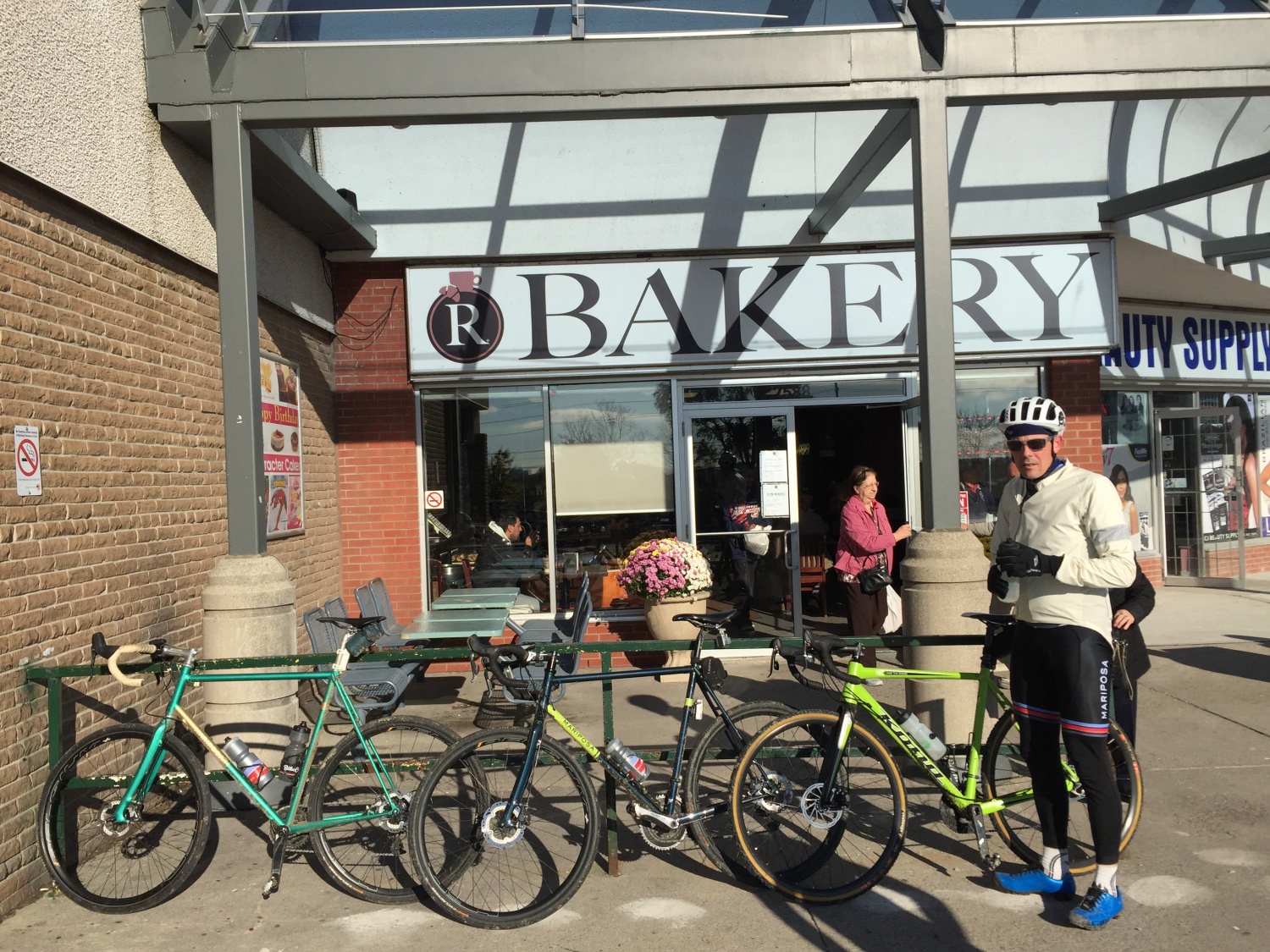 Toronto is one of the most diverse cities in the world. The multicultural fabric of the city has helped Toronto to evolve into a food capital. Portuguese Tarts were savoured at this lovely bakery in the west end. 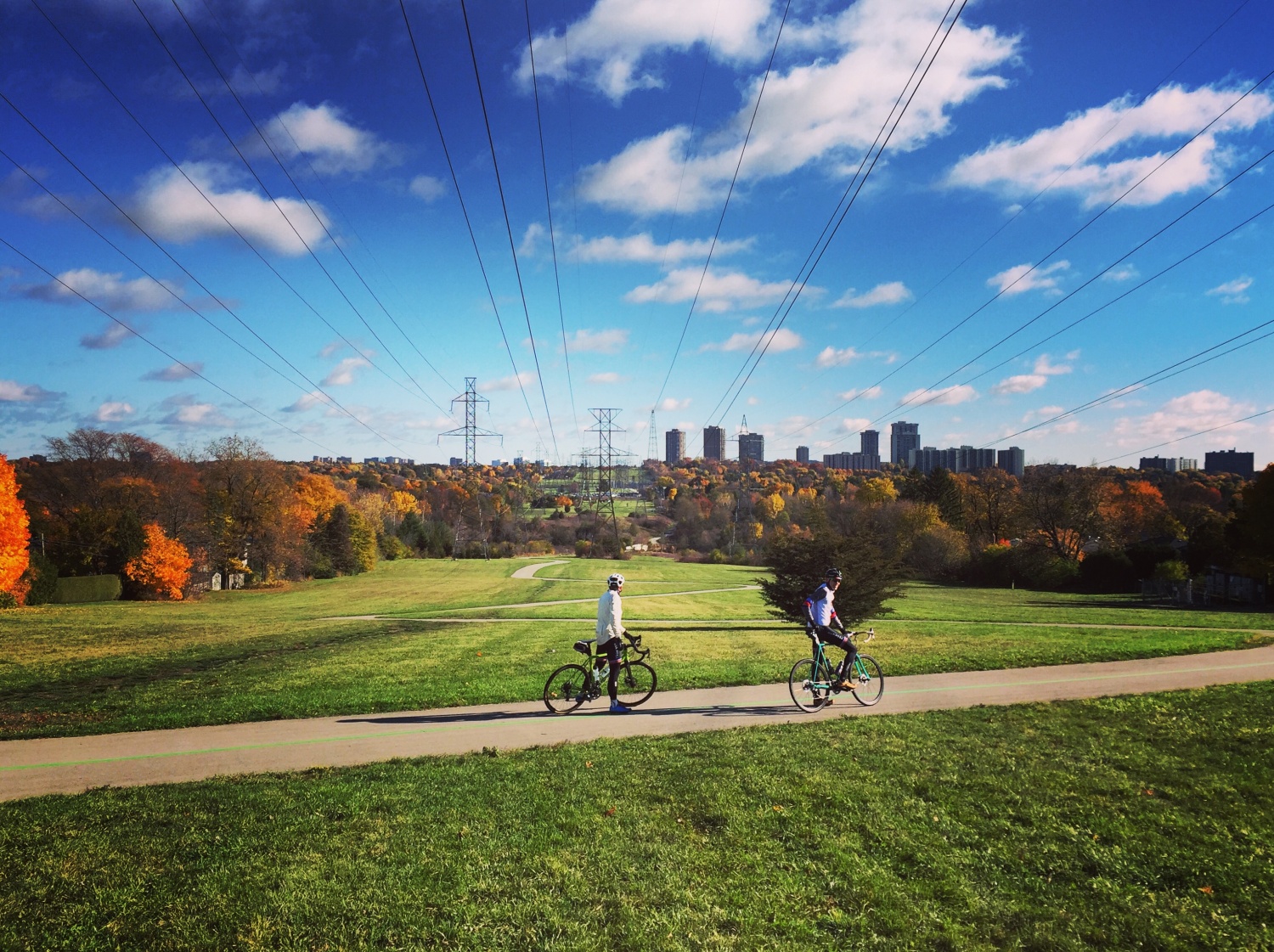 The Hydro cut trail is one of the more recent additions to the Toronto trail network. 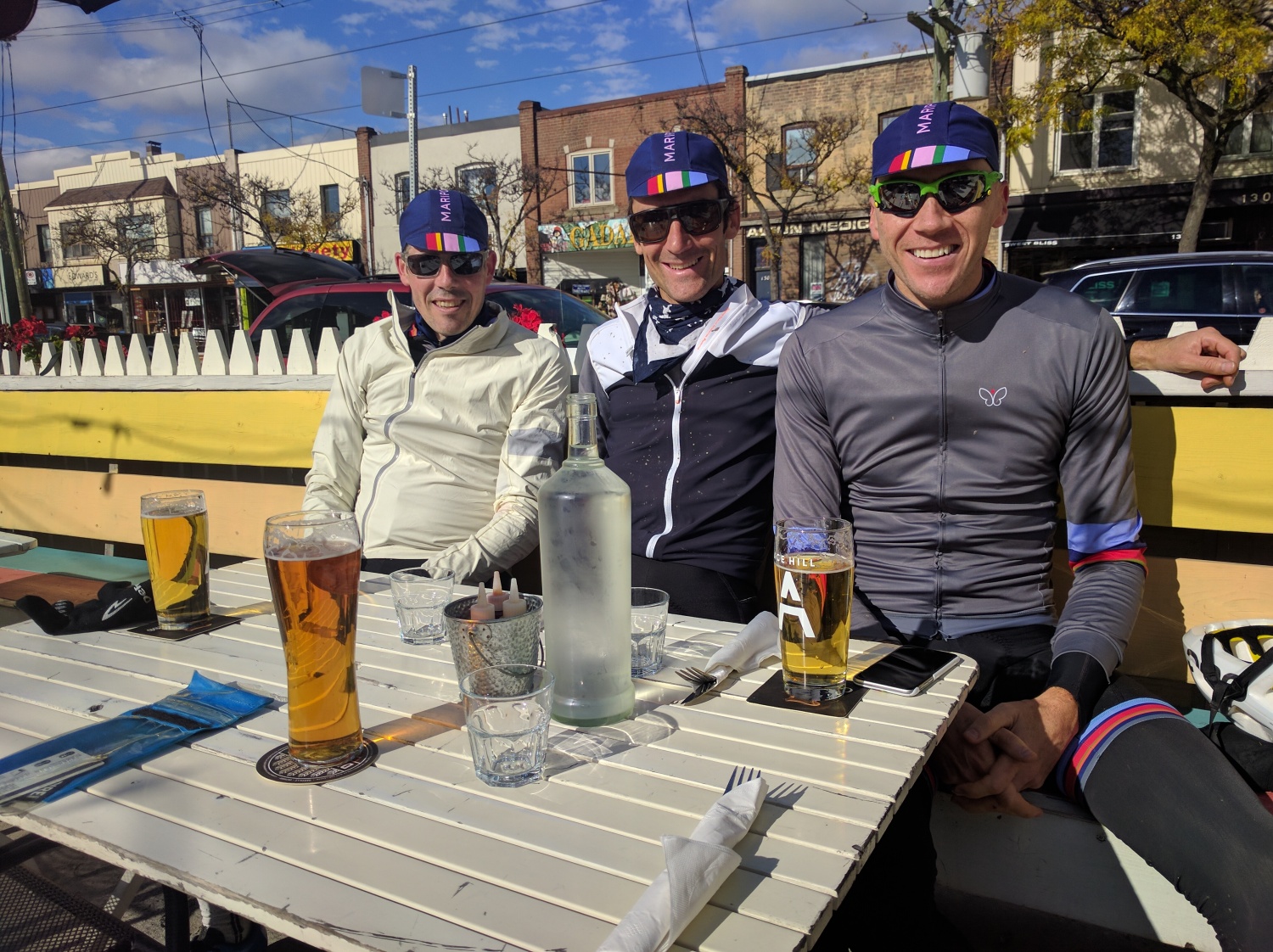 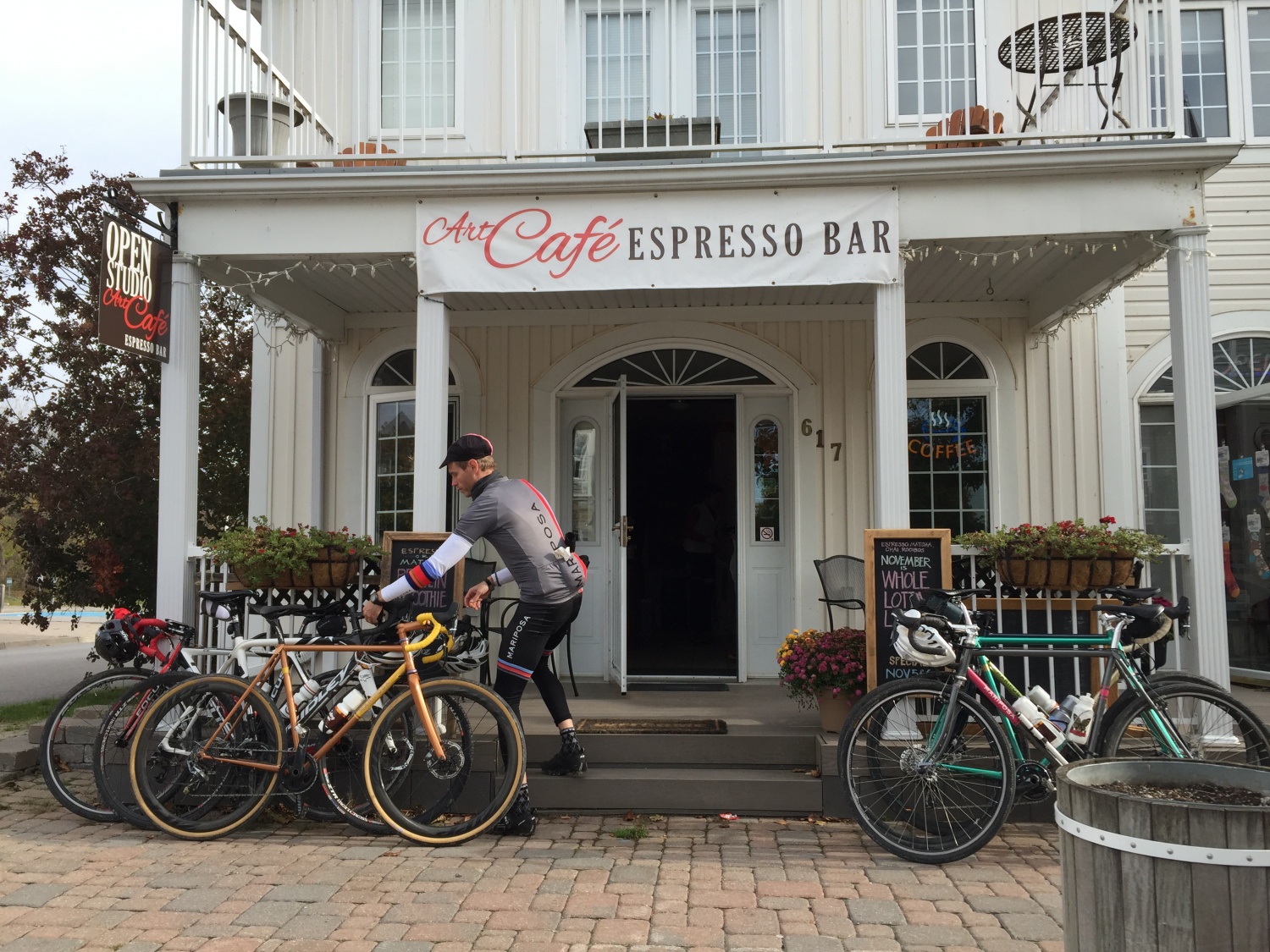 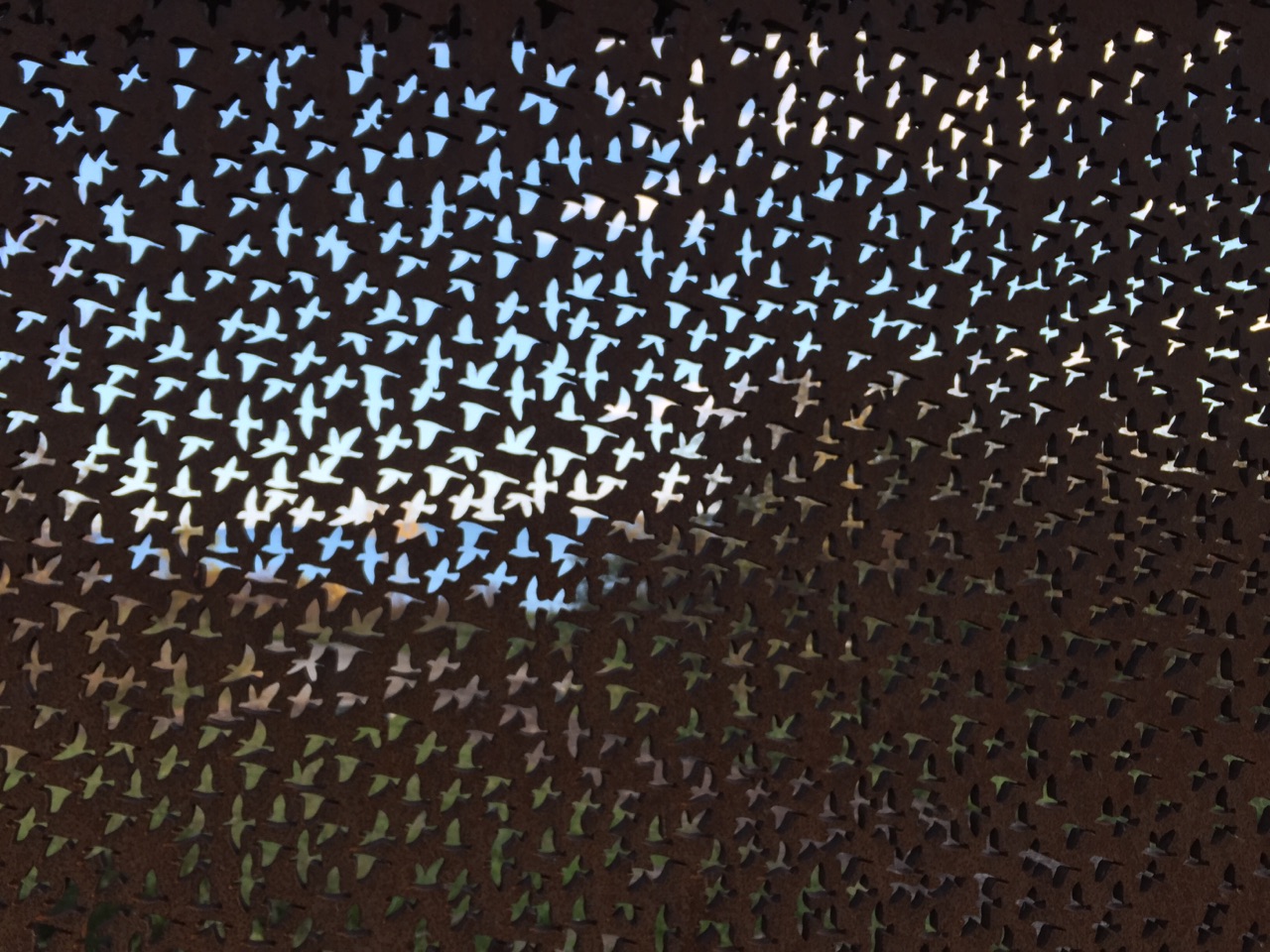 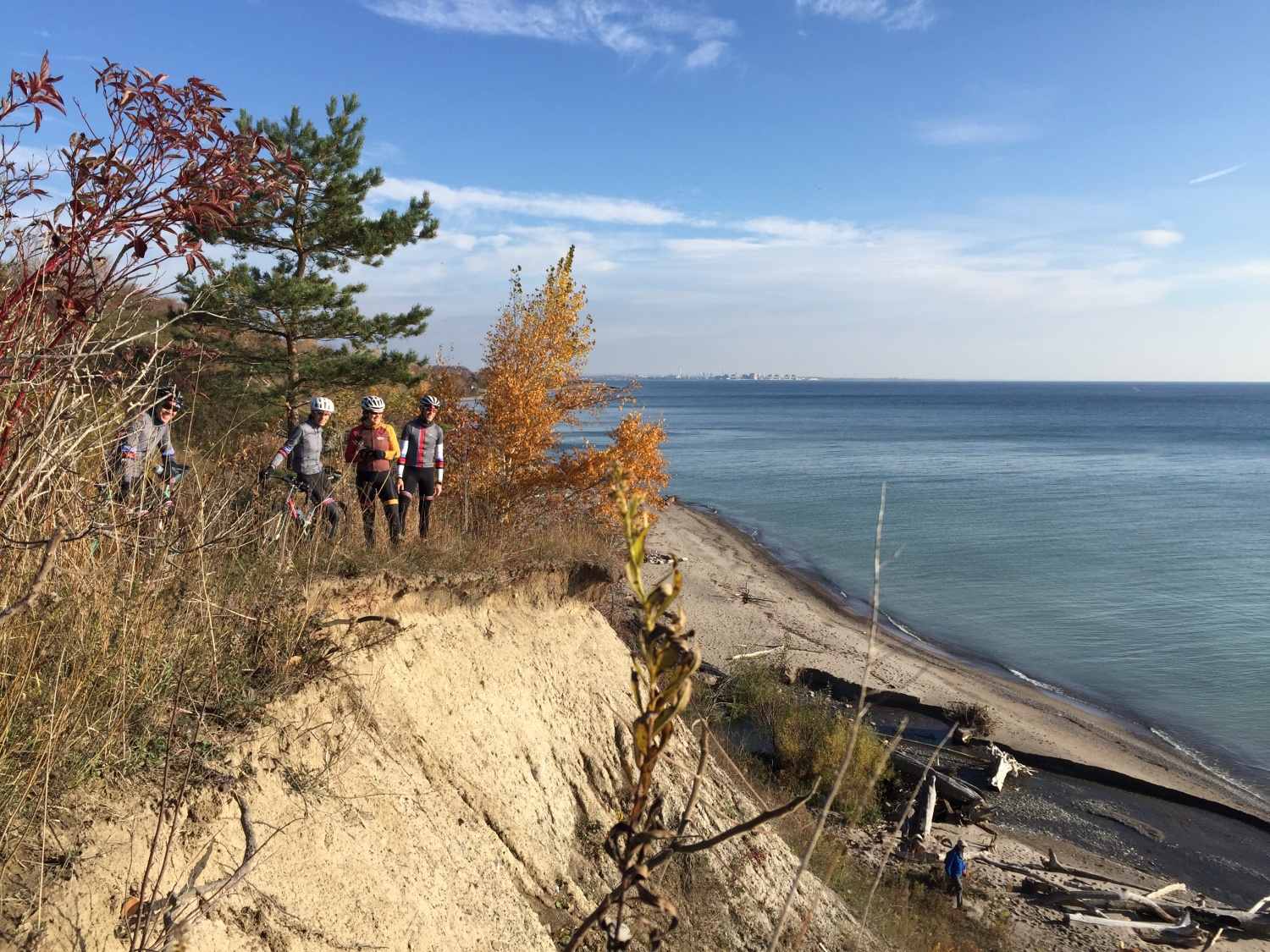 Enjoying the view near the East Point Bird Sanctuary 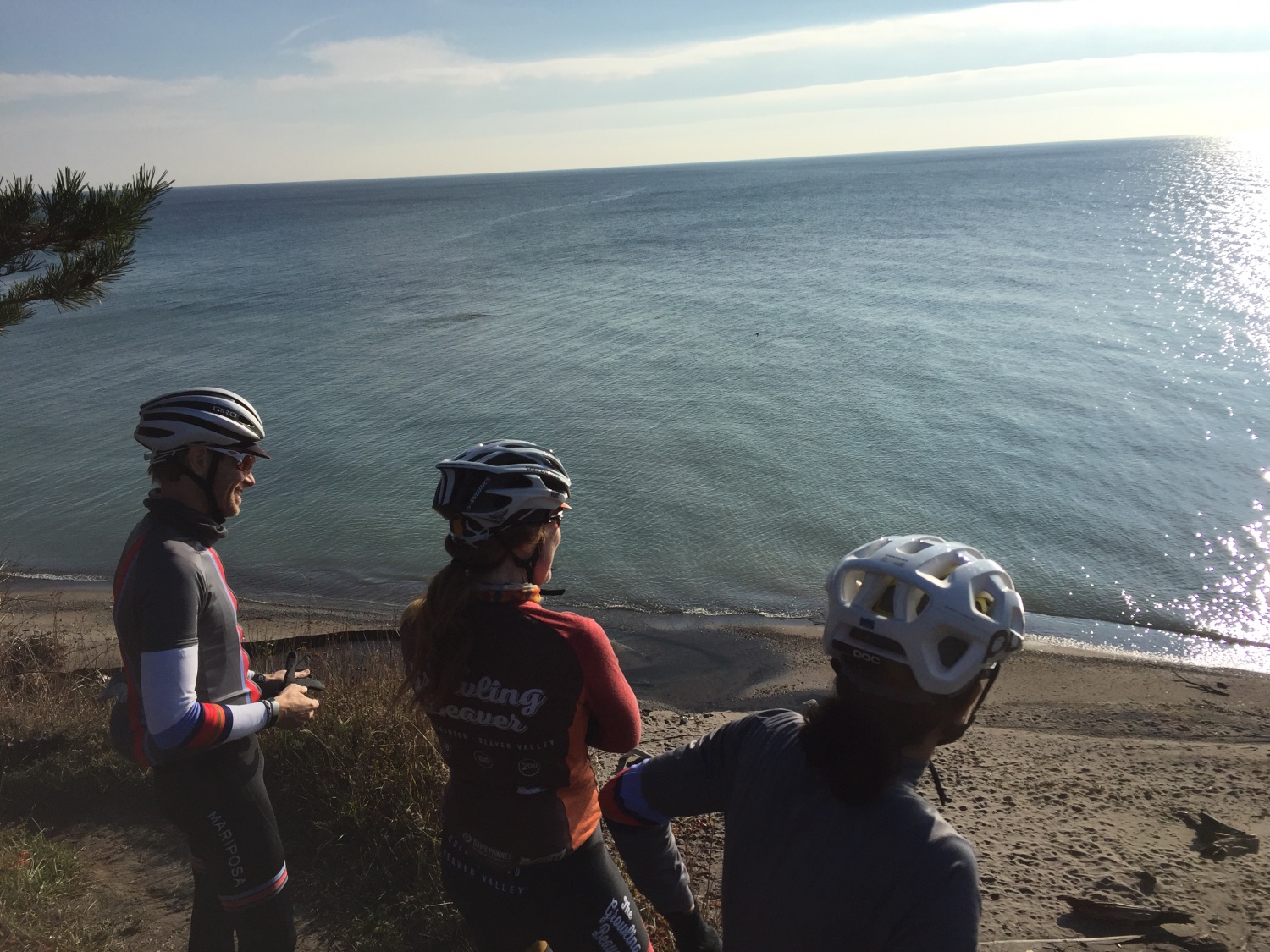 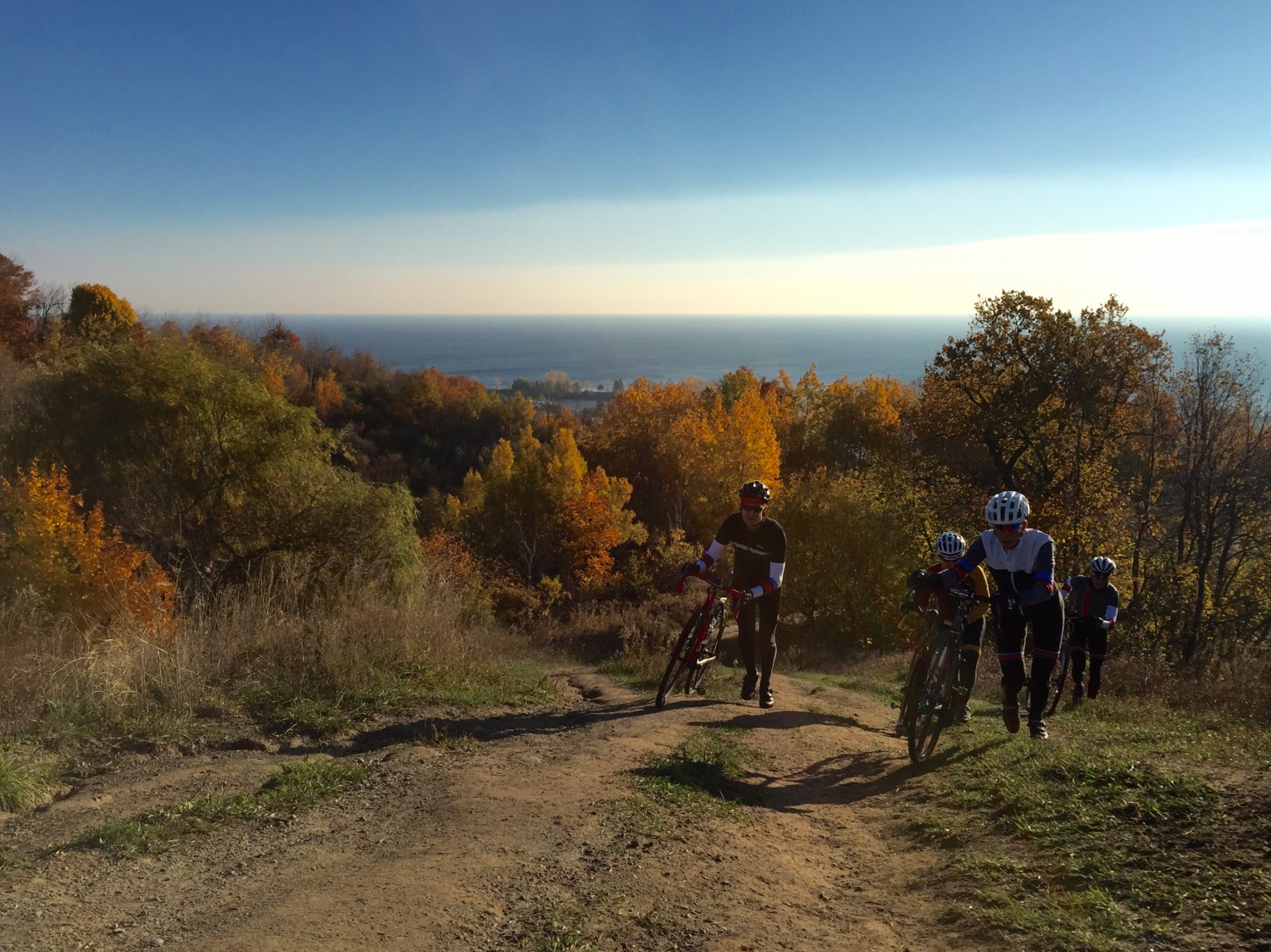 A run up near the Bluffs 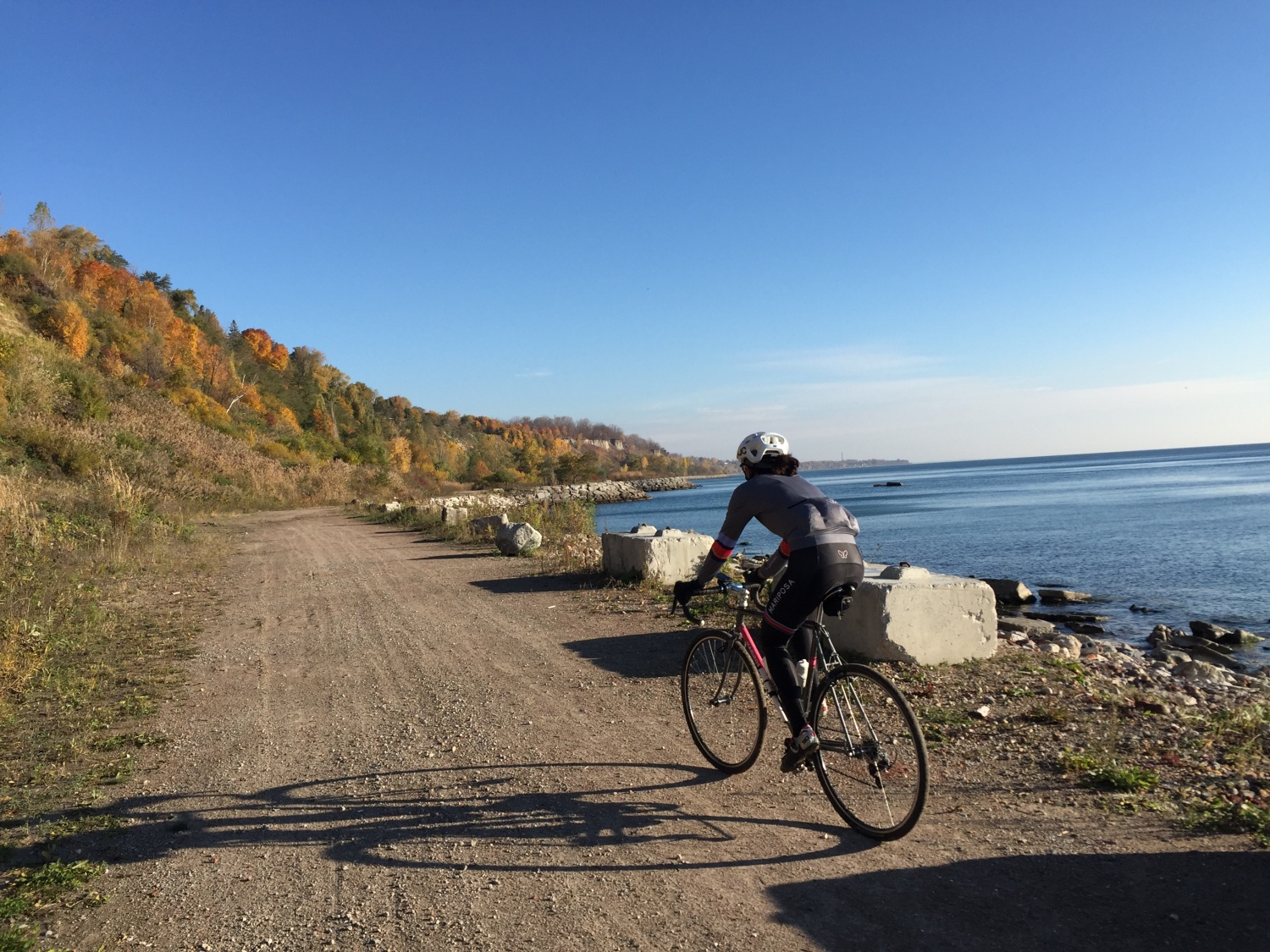 Gravel along the lakeshore 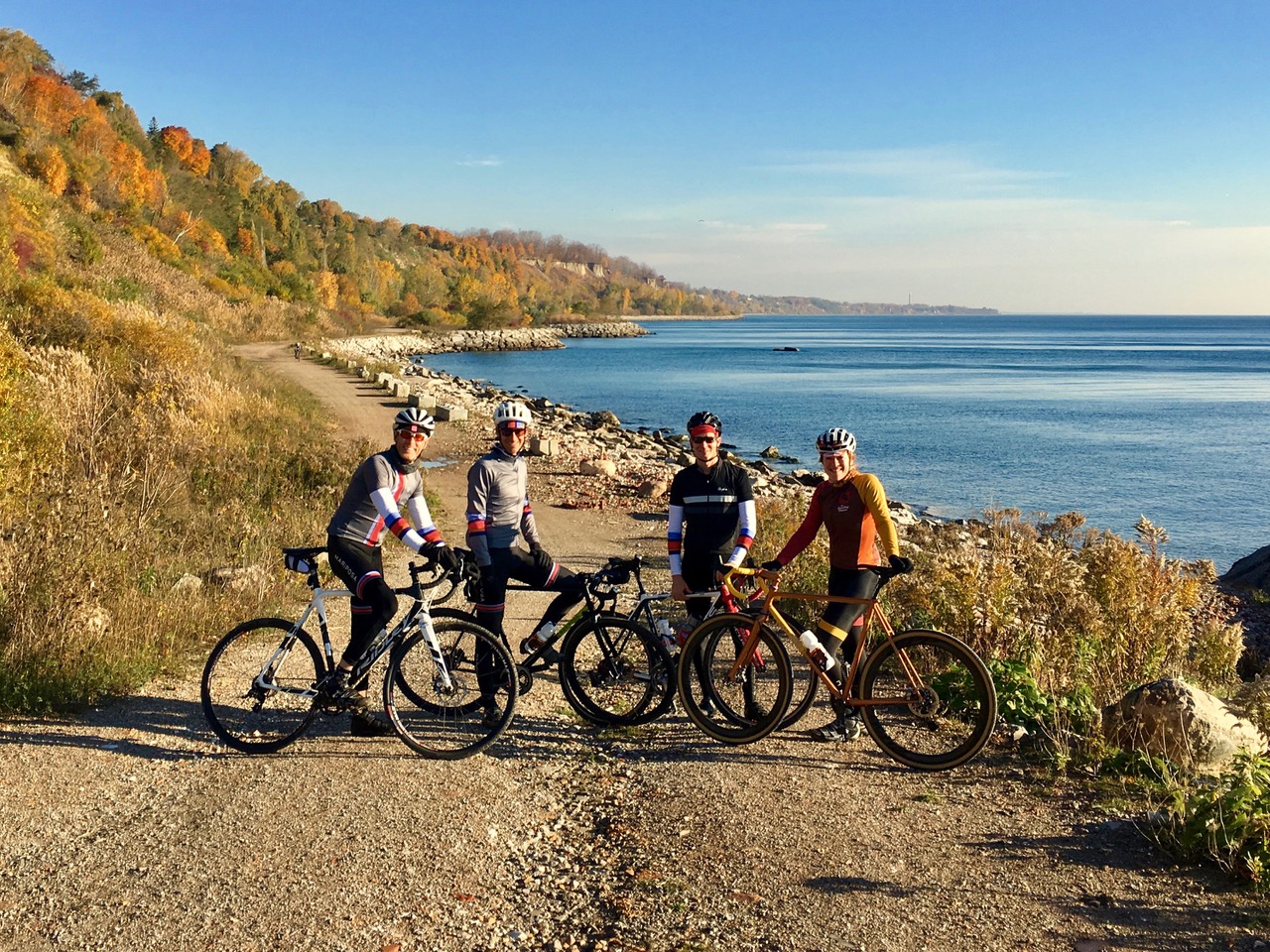 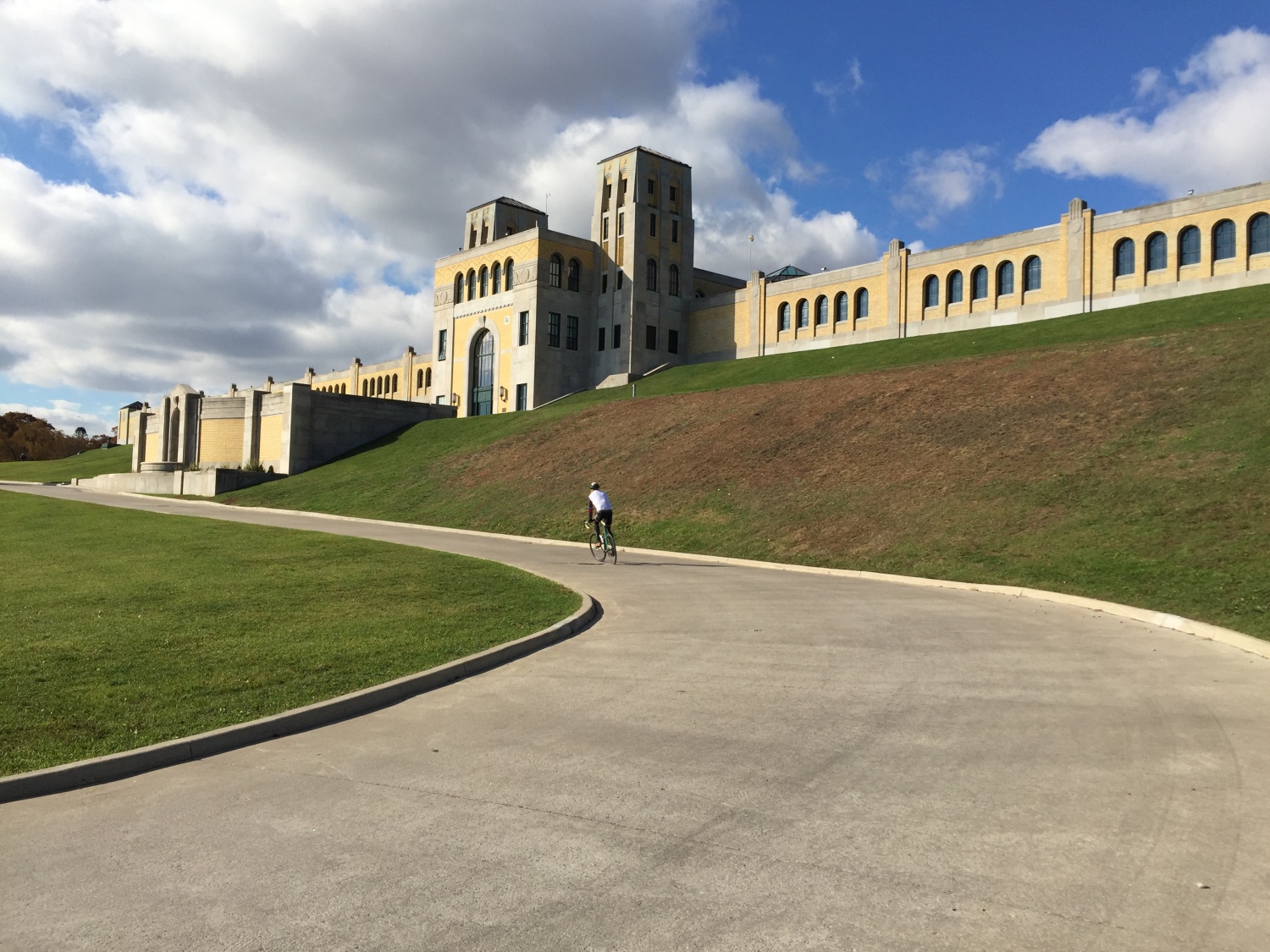 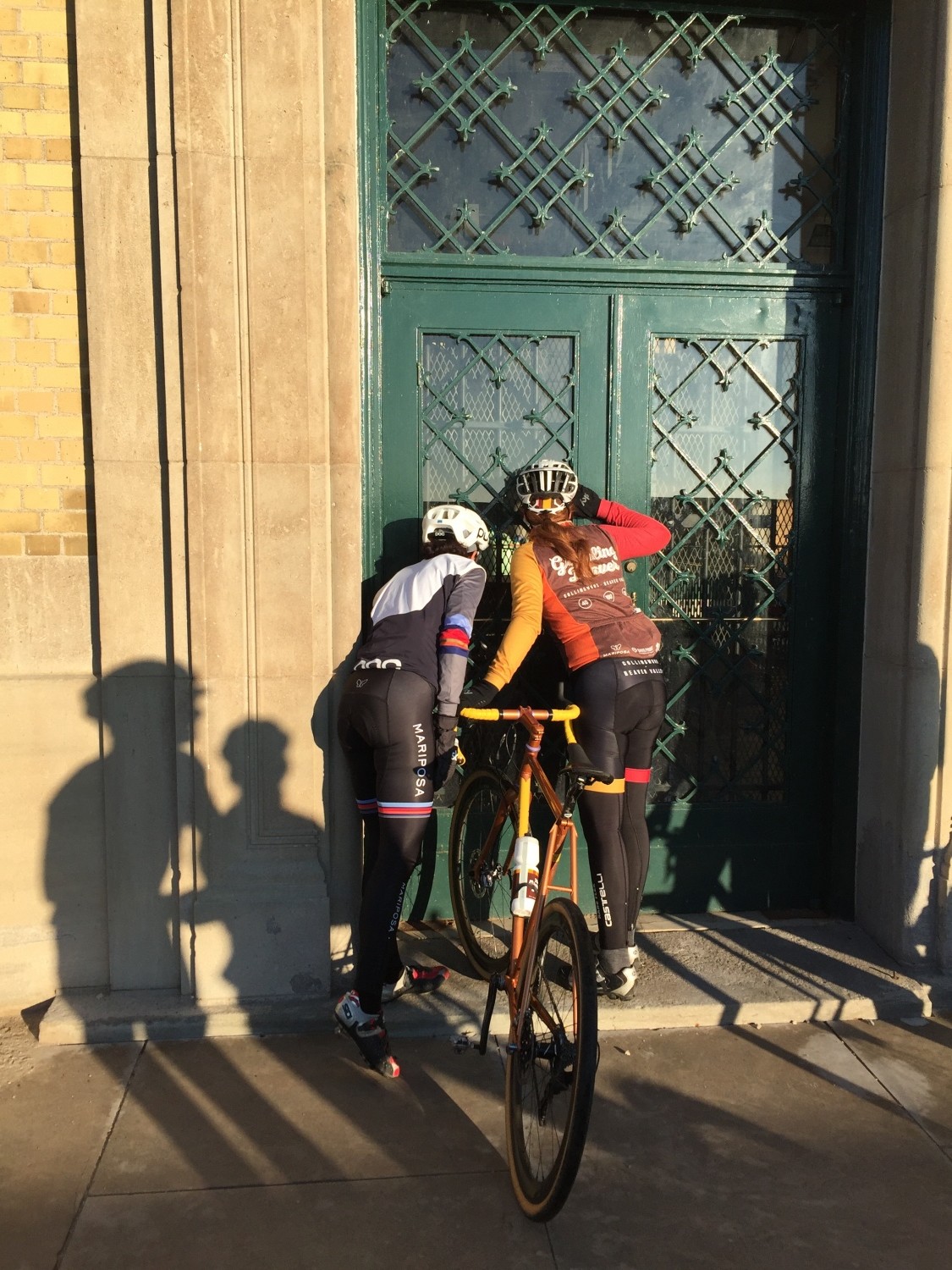 Peeking inside the windows of The R. C. Harris Water Treatment Plant 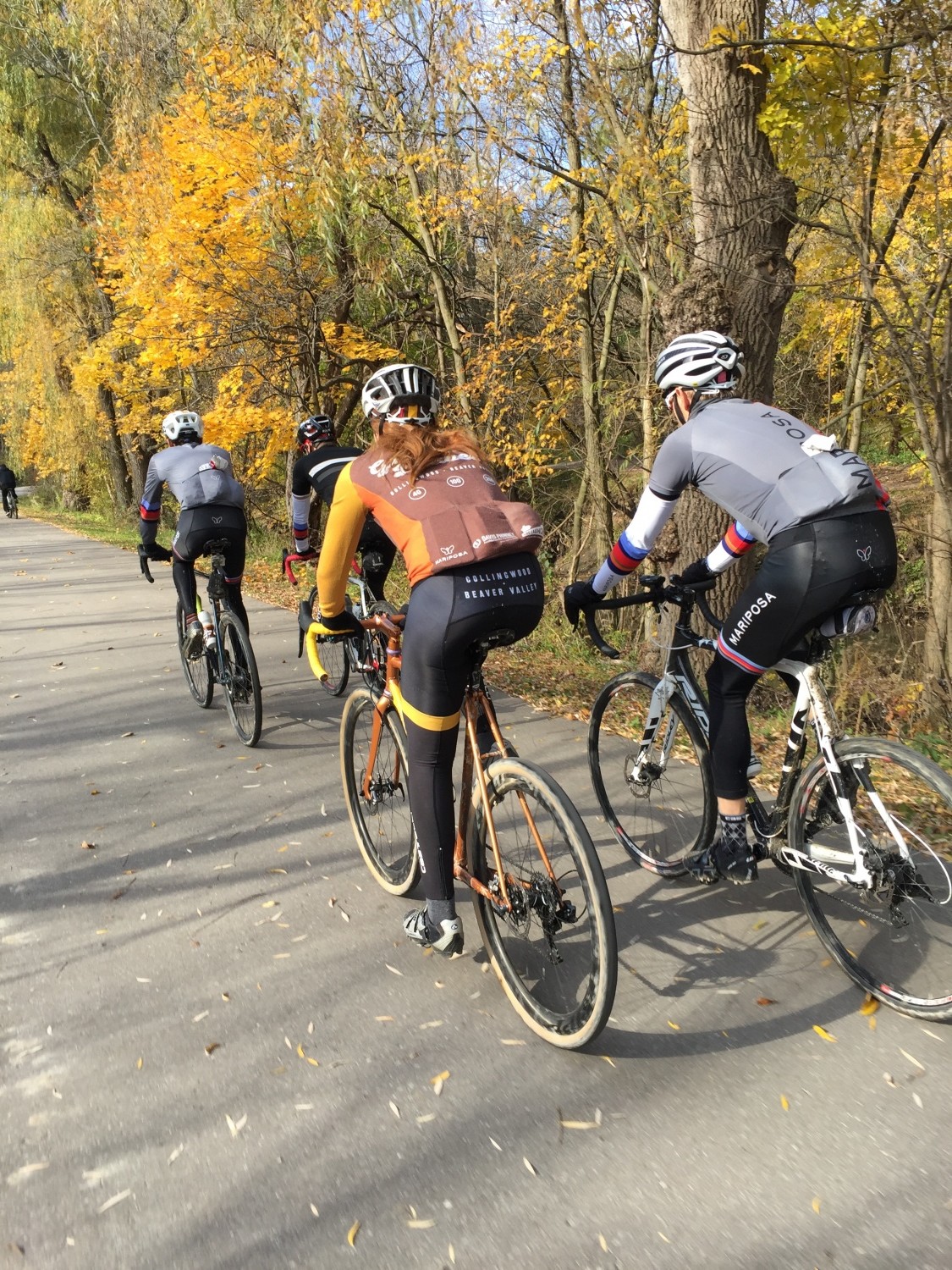 The final stretch through Taylor Creek