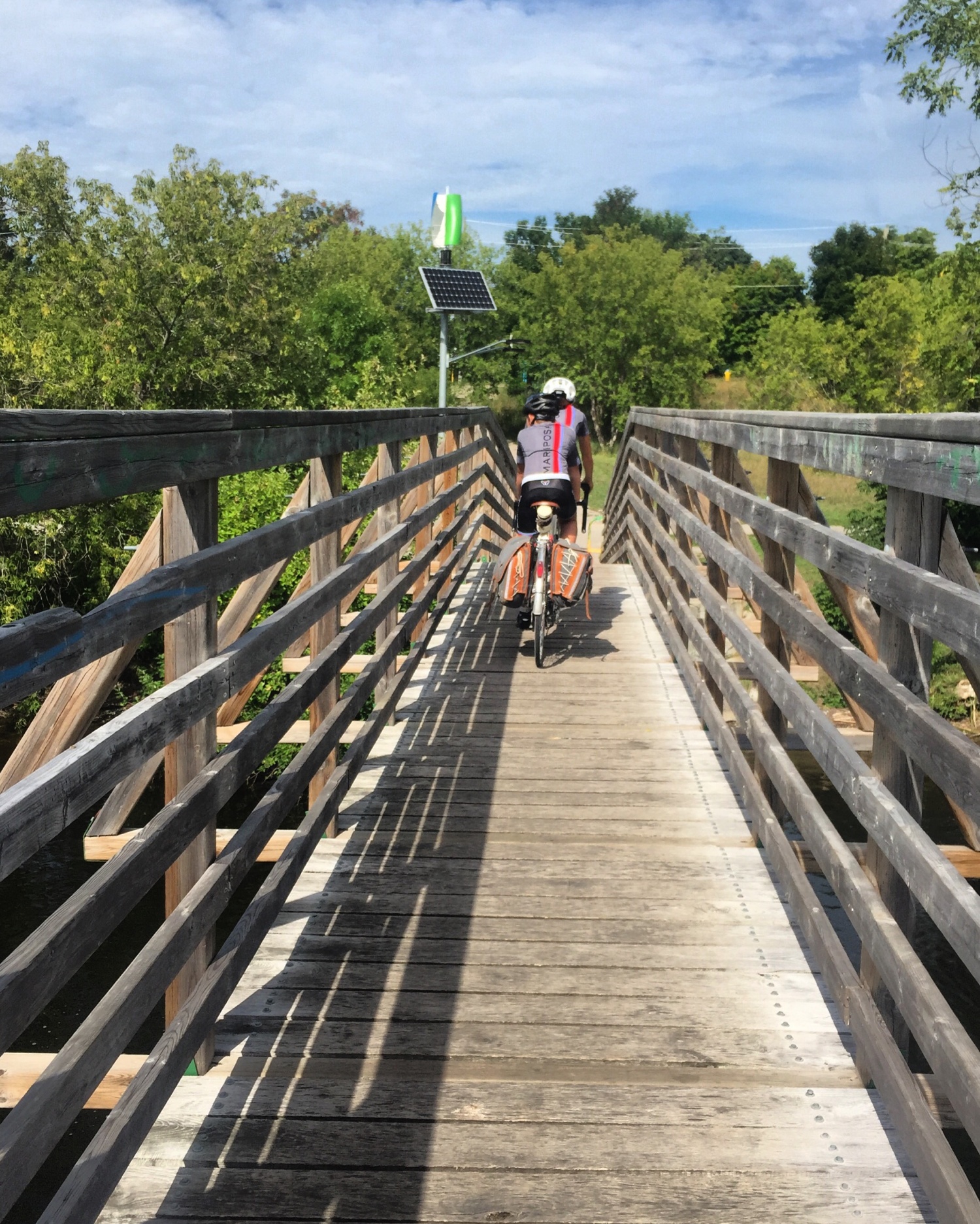 Over the last two years we’ve done a few rides as a family on the tandems. Those rides were a success on many levels so we decided it would be fun to take an overnight trip through some picturesque countryside. The goal, as with most of our weekend rides, was to find some quieter roads where we could hear the birds and breeze and get away from the roar of passing cars. We decided on Bobcaygeon as a destination as it wasn’t too far from our home in Toronto, and we knew we could map out a route that would turn into an adventure. Also, Bobcaygeon is a great little town, with good food, a lake to plunge in after the ride and lots of friendly locals who are welcoming. For our boys, who are 11 and 9, this was their first overnight trip on a bike. They each had a pannier to pack with their clothes and were told to pack light, as they would have to haul it uphill.

What amazed me and Michael, was how engaged the boys were during the ride. From start to finish, their spirits were high, they chatted, joked and sang and commented on every thing that caught their interest. When we arrived in Bobcaygeon, we were knackered: food tasted better, ice cream tasted the best and we all slept well. A weekend on the tandem brought us closer, took us to places we had never before seen and gave the boys confidence that they can go further than they could have imagined.

Details:
Day 1: Toronto to Uxbridge, Lindsay and Bobcaygeon. Day 2: The return through Cowan’s Bay and Port Perry. We rode on a combination of quiet farm roads, gravel roads, the Trans-Canada Trail, single-track passing lakes, wild animals and farm animals, traveling up and down steep hills and finishing off with ice cream and a dip in the lake. We rode on two 1980s Mariposa tandems with 700C wheels and one pannier for each of us. 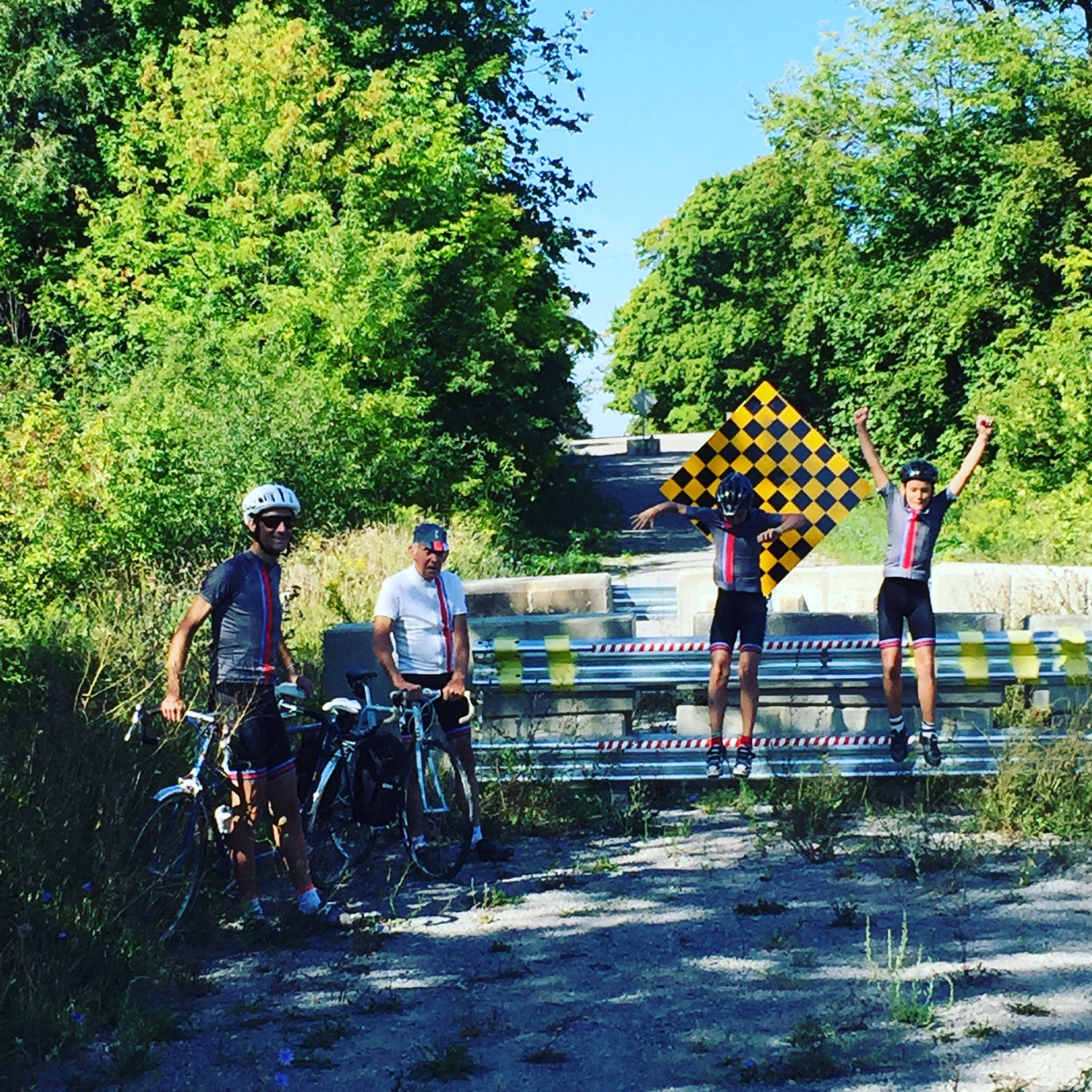 Making the most of a bridge out. 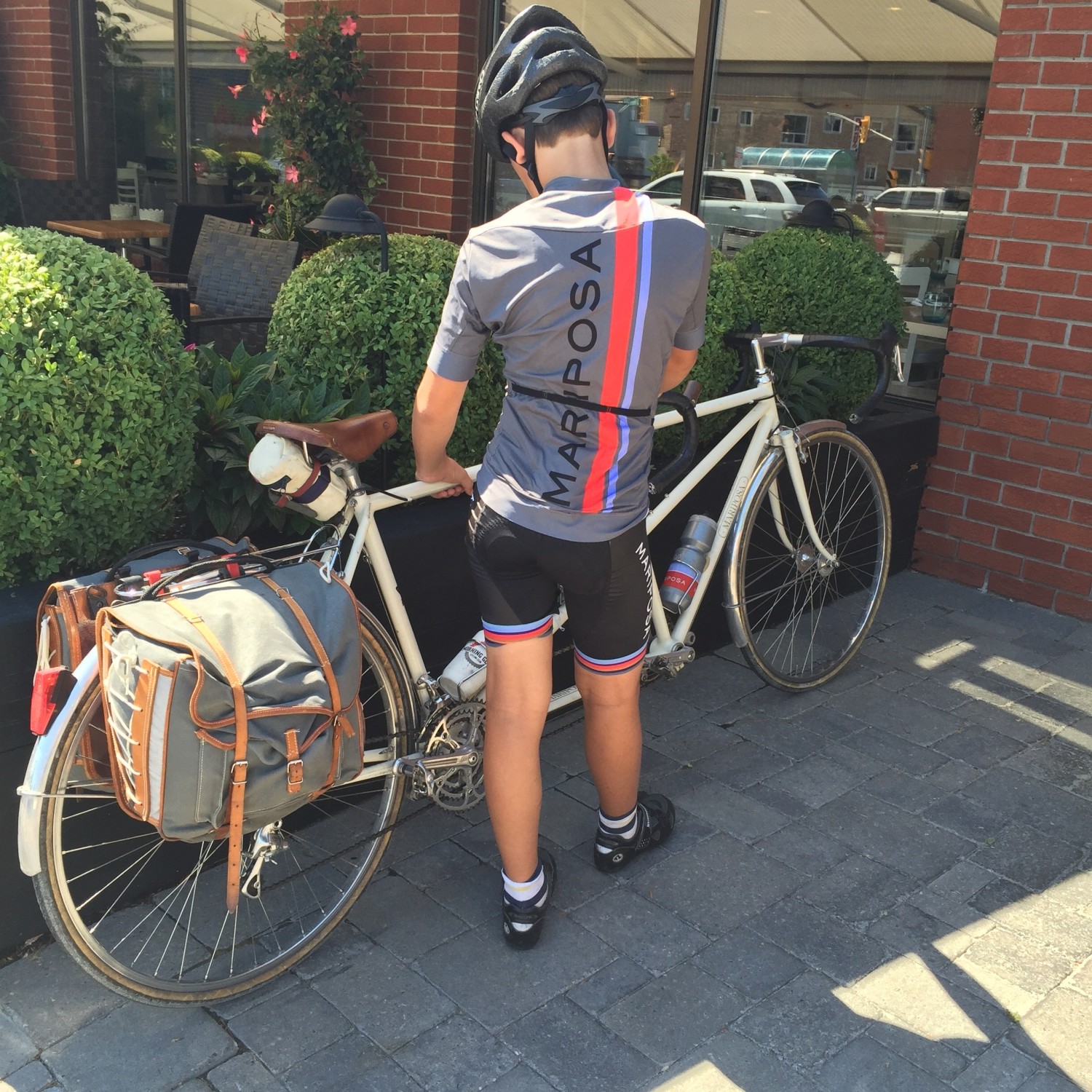 Ready to remount after a burger and Limonata at the Urban Pantry in Uxbridge. 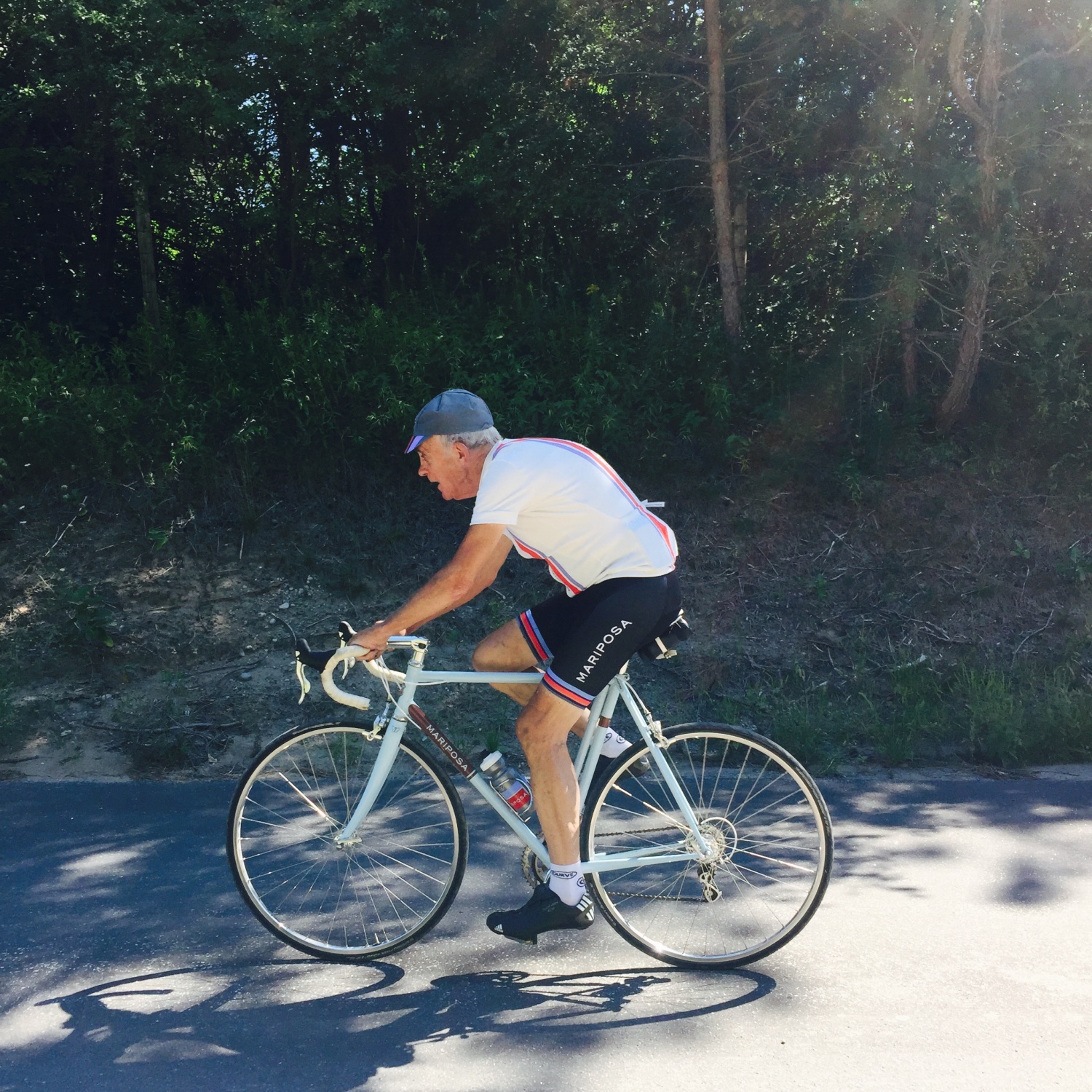 Grandpa Mike joined us on the route to Uxbridge and after lunch at the Urban Pantry, returned to the city. He rode on his Mariposa road bike with Campagnolo Athena silver components and handbuilt wheels. He was dropping us on the uphills, while we left him in the dust on the descents. The rhythm on the tandems is slightly different than on a solo bike, due mainly to the weight differential. 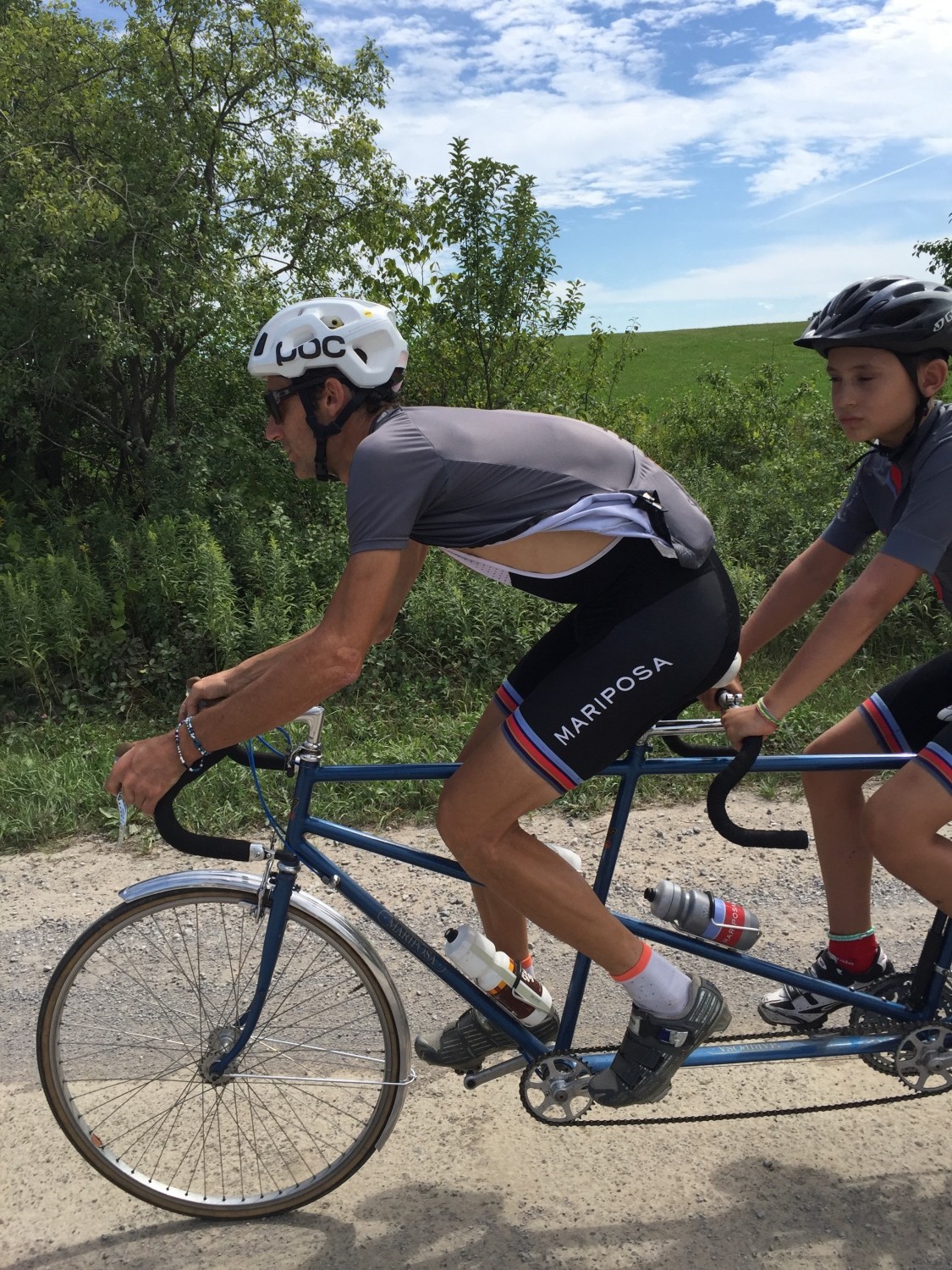 It was a hot, humid day. Michael needed a little wind on the chest to cool off. 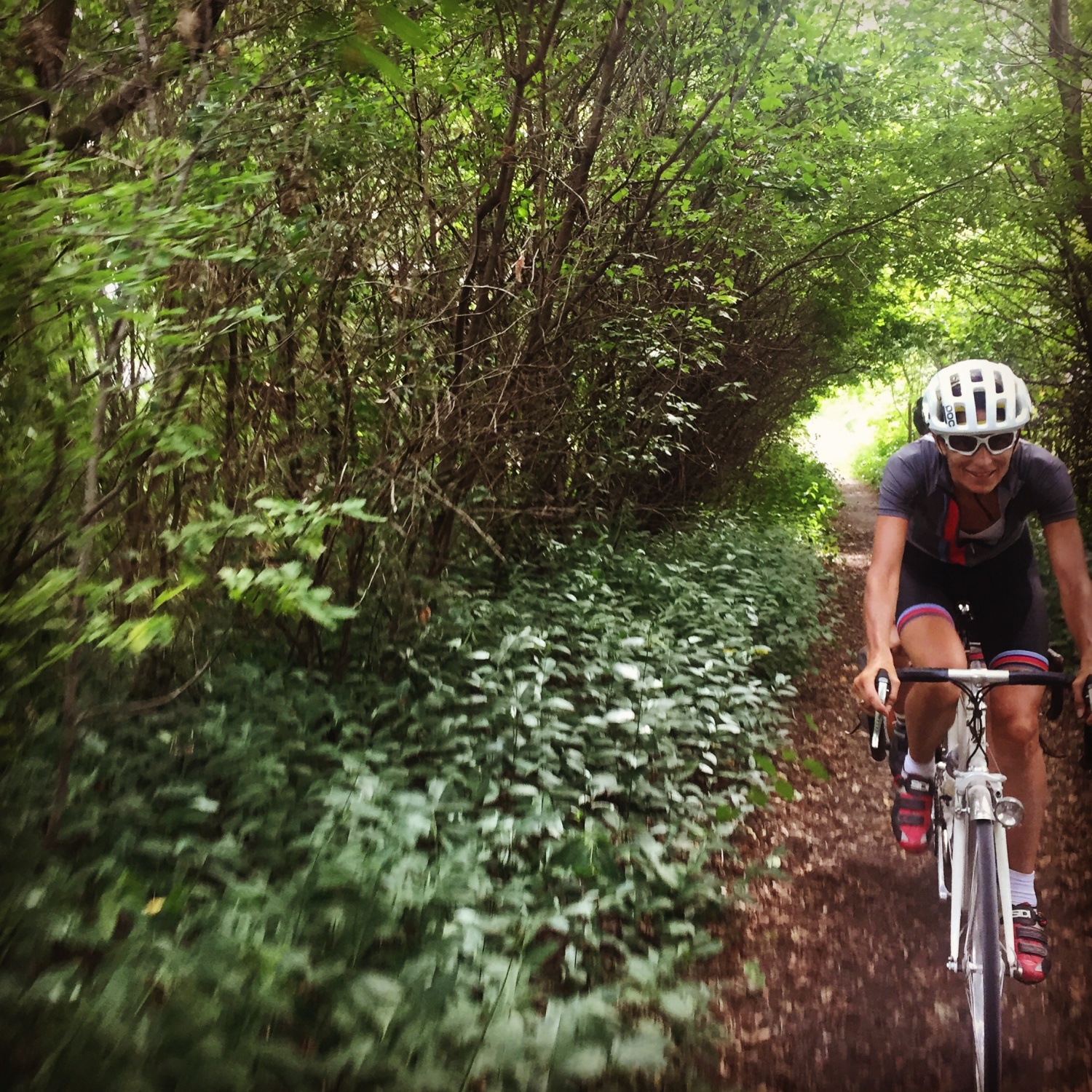 The tandems performed well, even on singletrack. 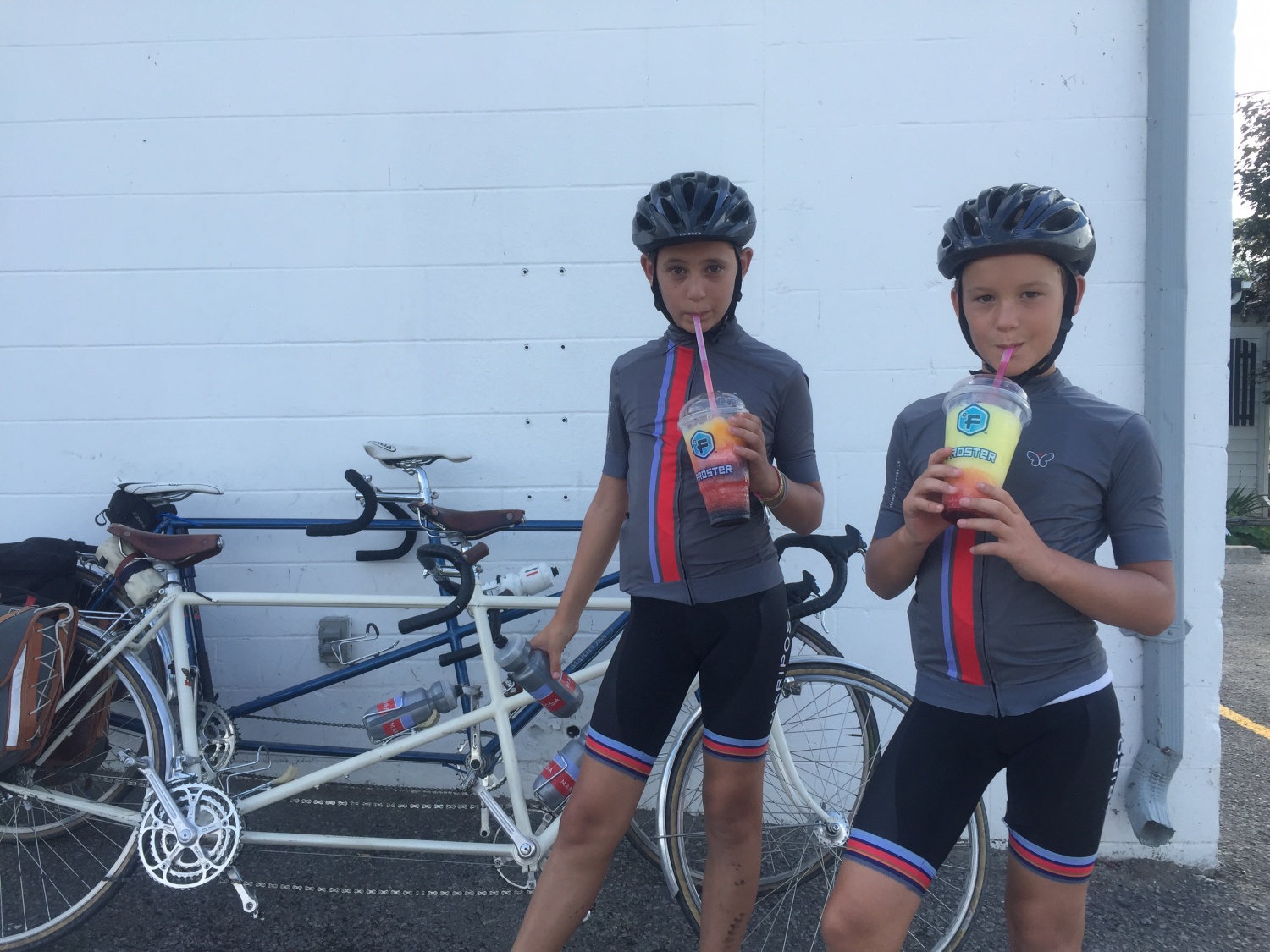 A slurpee stop in Lindsay was the perfect fuel for final stretch into Bobcaygeon. 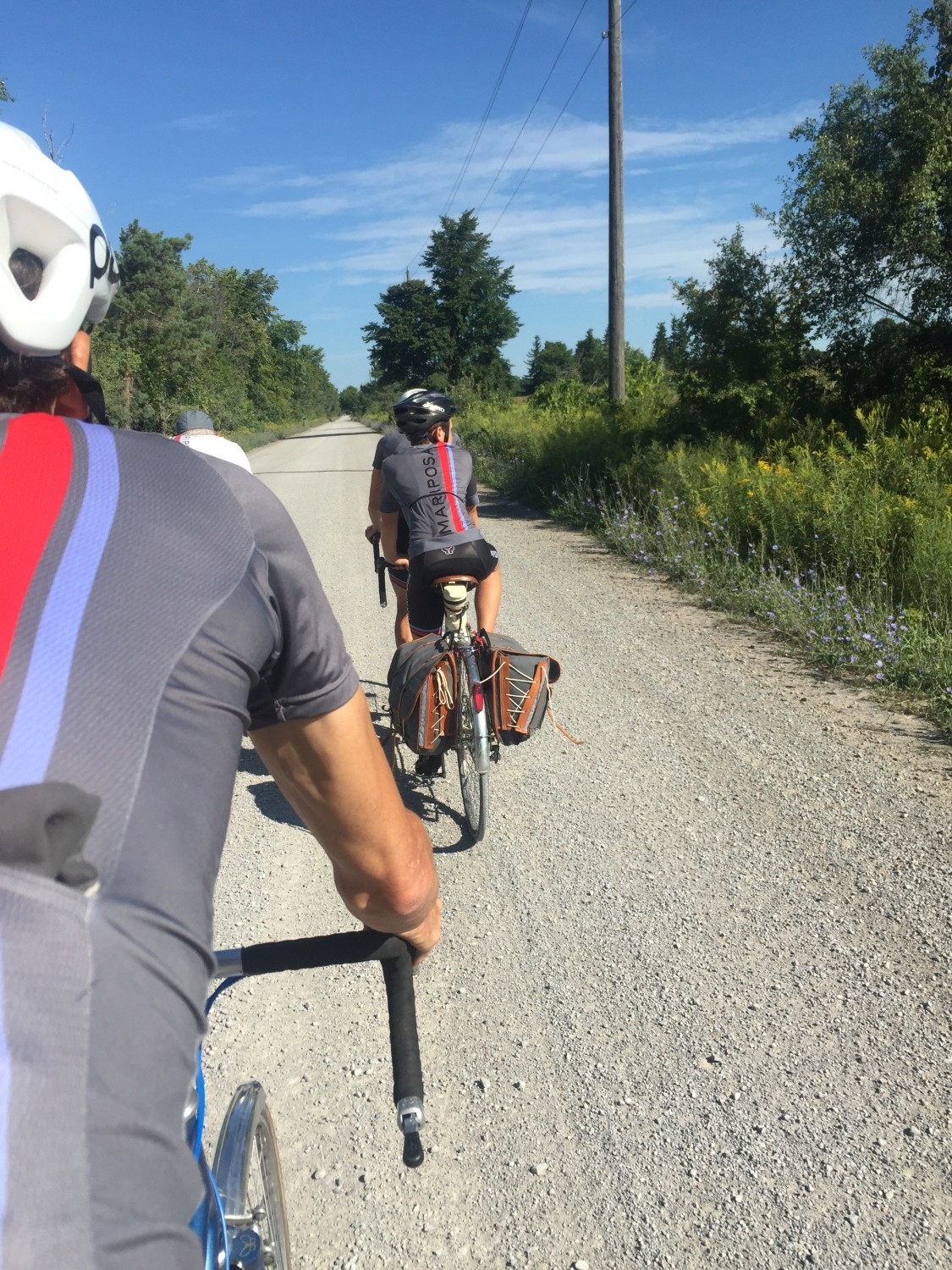 Liam and Ashlin commented several times on how remarkably quiet the roads were. We saw very few cars on the entire 145km journey to Bobcaygeon. Although there must be some traffic as the boys also counted the number of racoons, porcupines and squirrels who fell victim to them. We all agreed that the only unsettling site of the journey was the five vultures we saw having a porcupine dinner along the route. 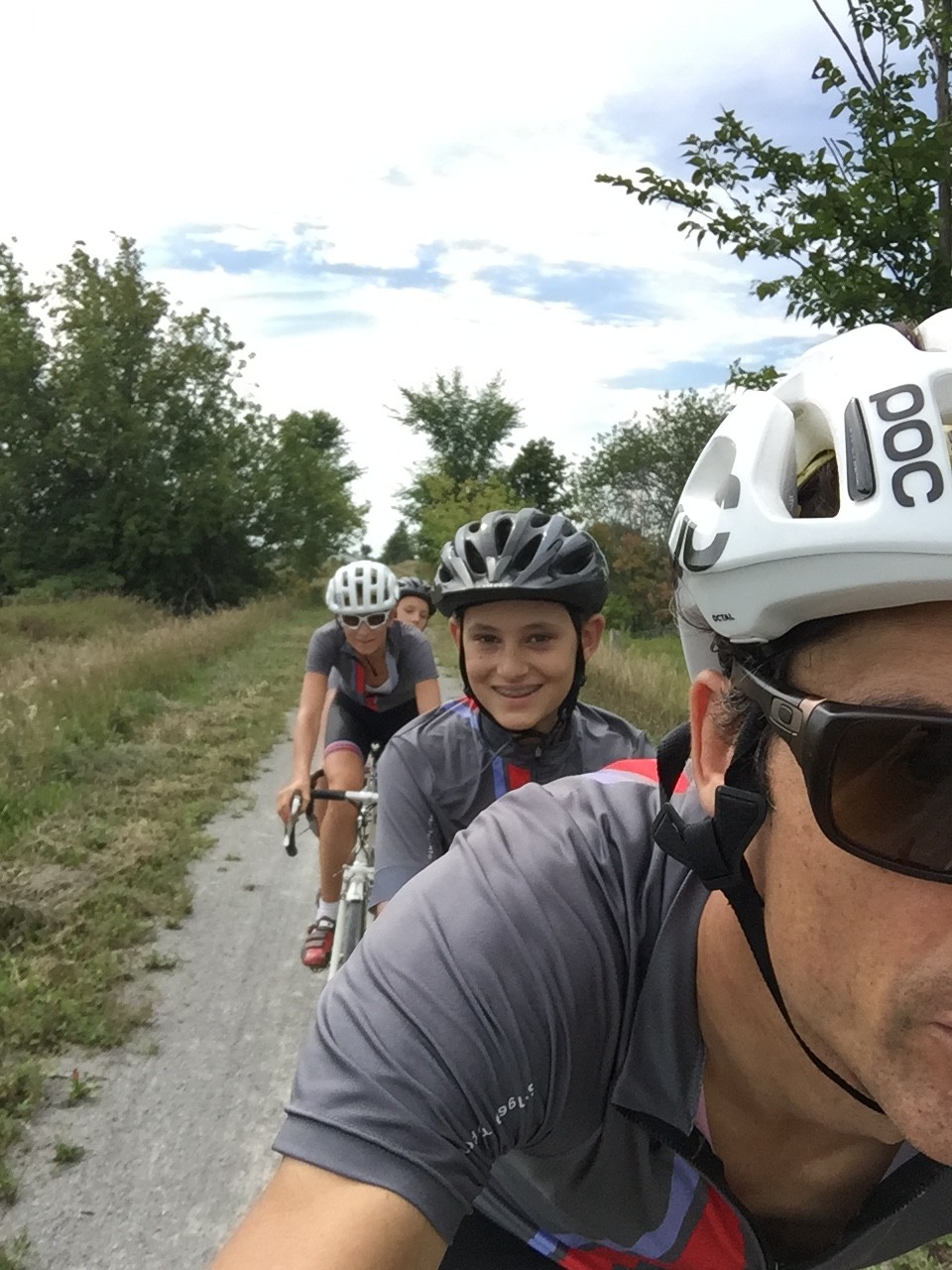 Smiling as we pedal with the sun beginning to set. 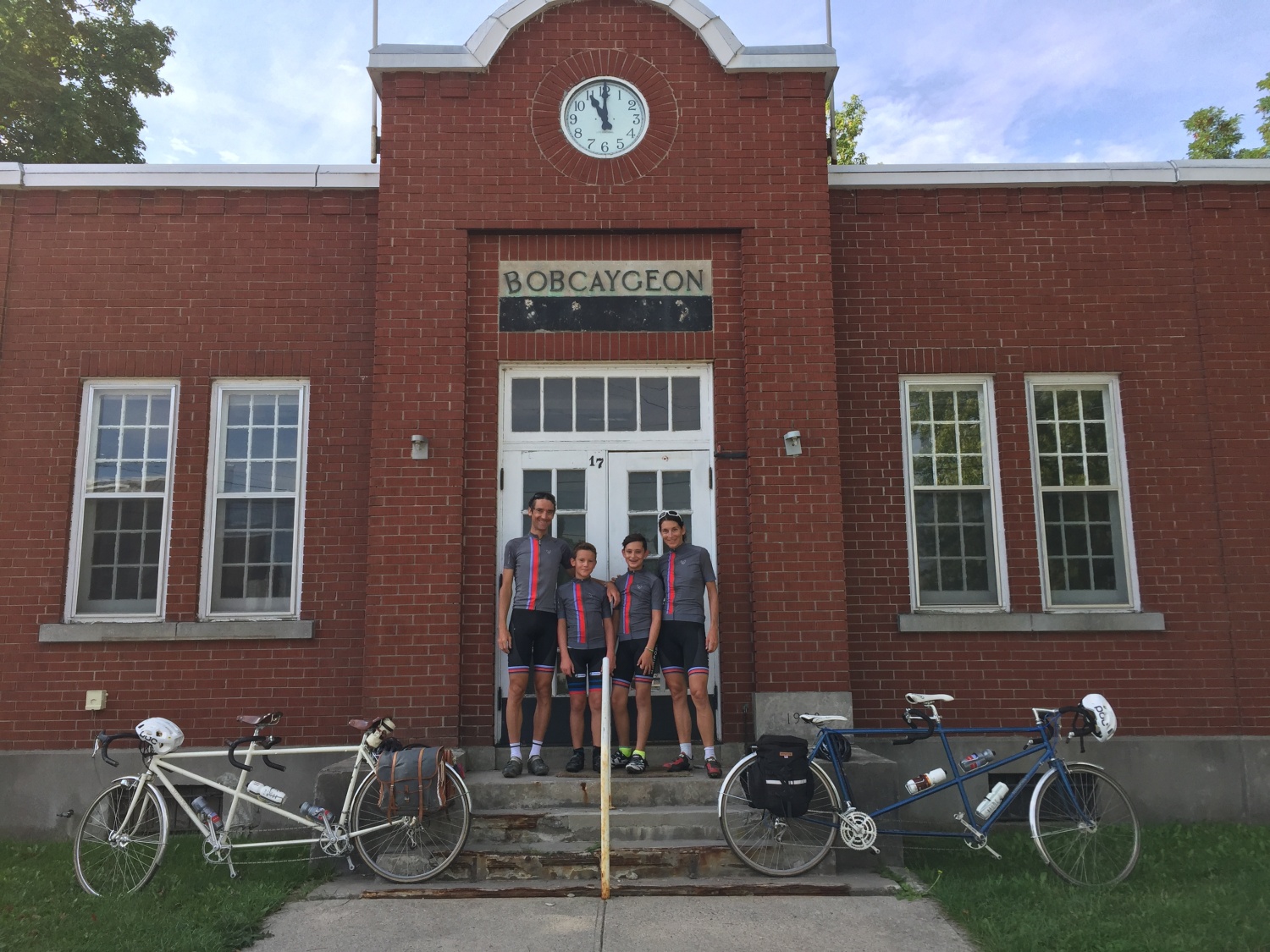 Bobcaygeon, aka “Hip-Town” inspired by the Tragically Hip 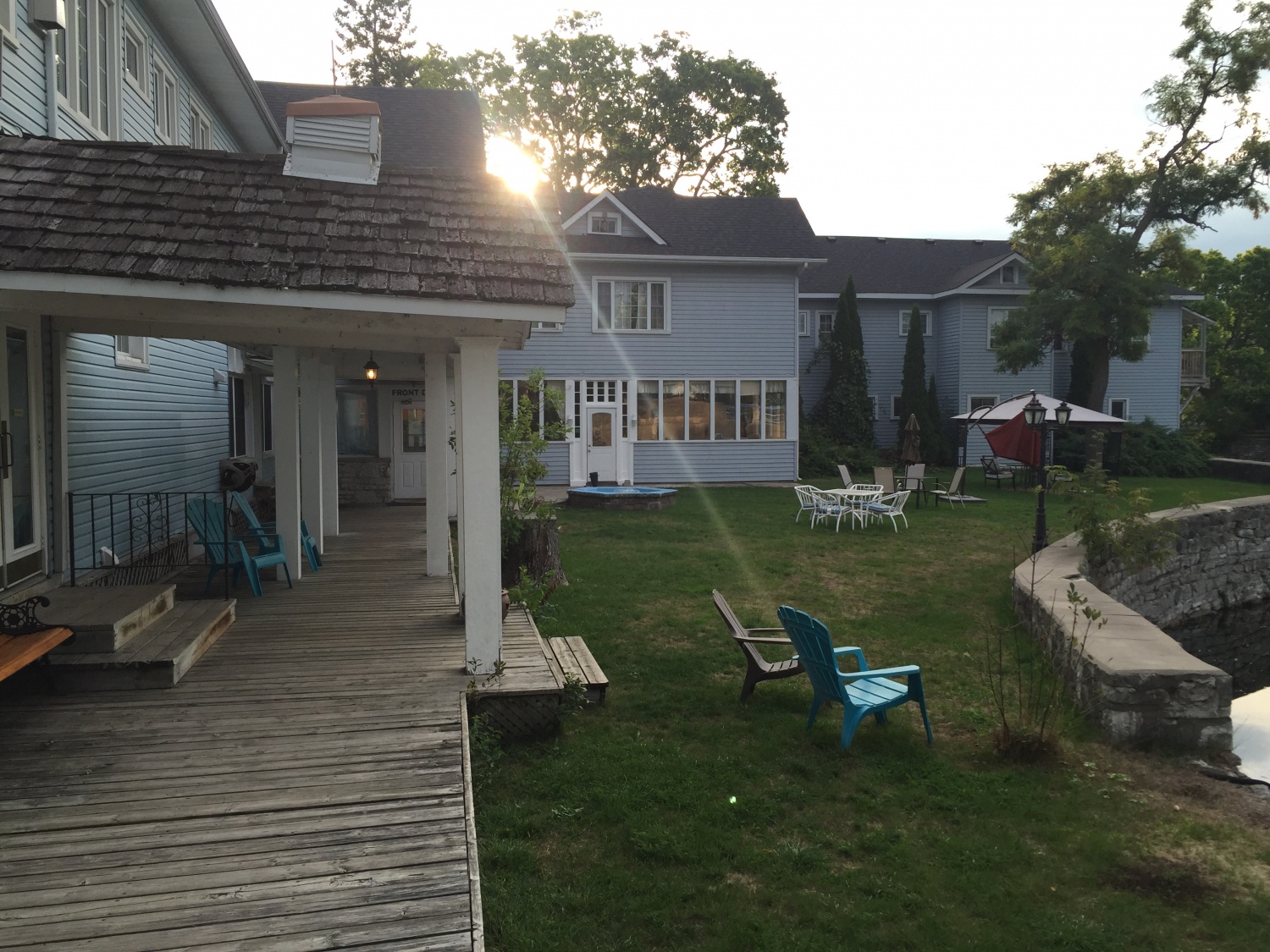 The Bobcaygeon Inn, where we put our feet up for the night. 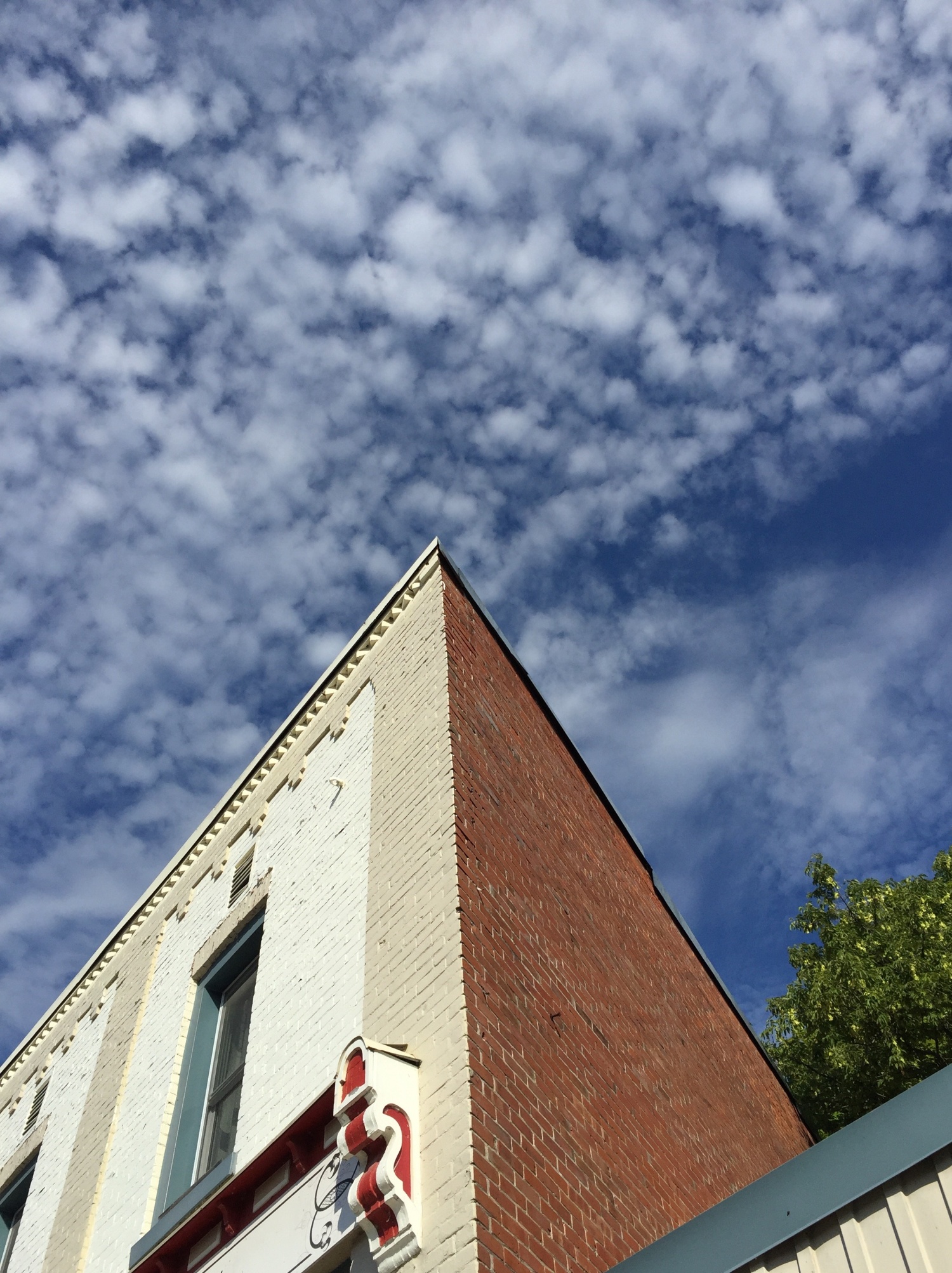 We awoke to blue skies for our return trip to Toronto. 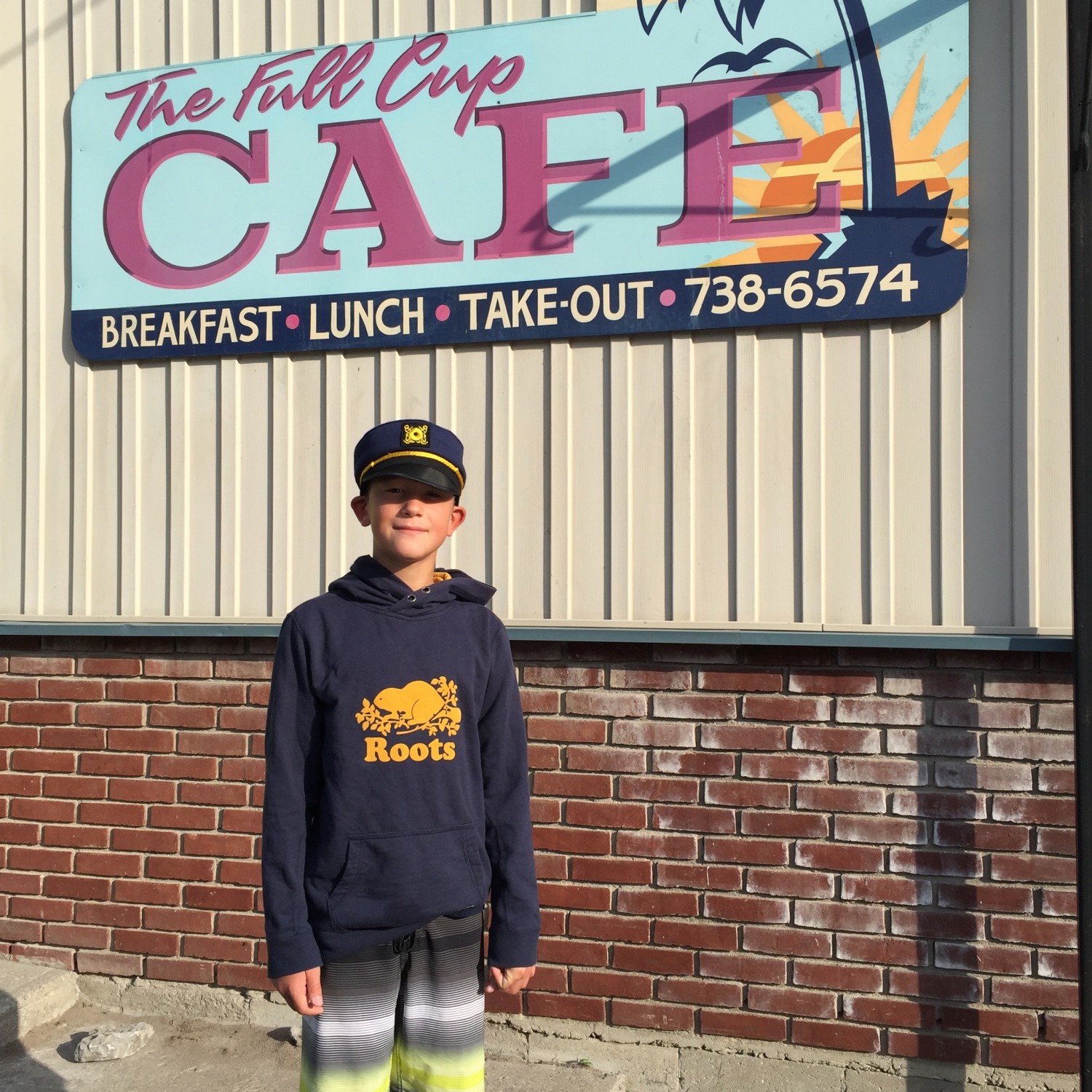 Ashlin chose the breakfast spot in Bobcaygeon. It had all the right stuff: Peameal bacon, chocolate chip pancakes, real maple syrup, omelettes and fresh orange juice. Fuel for the road. 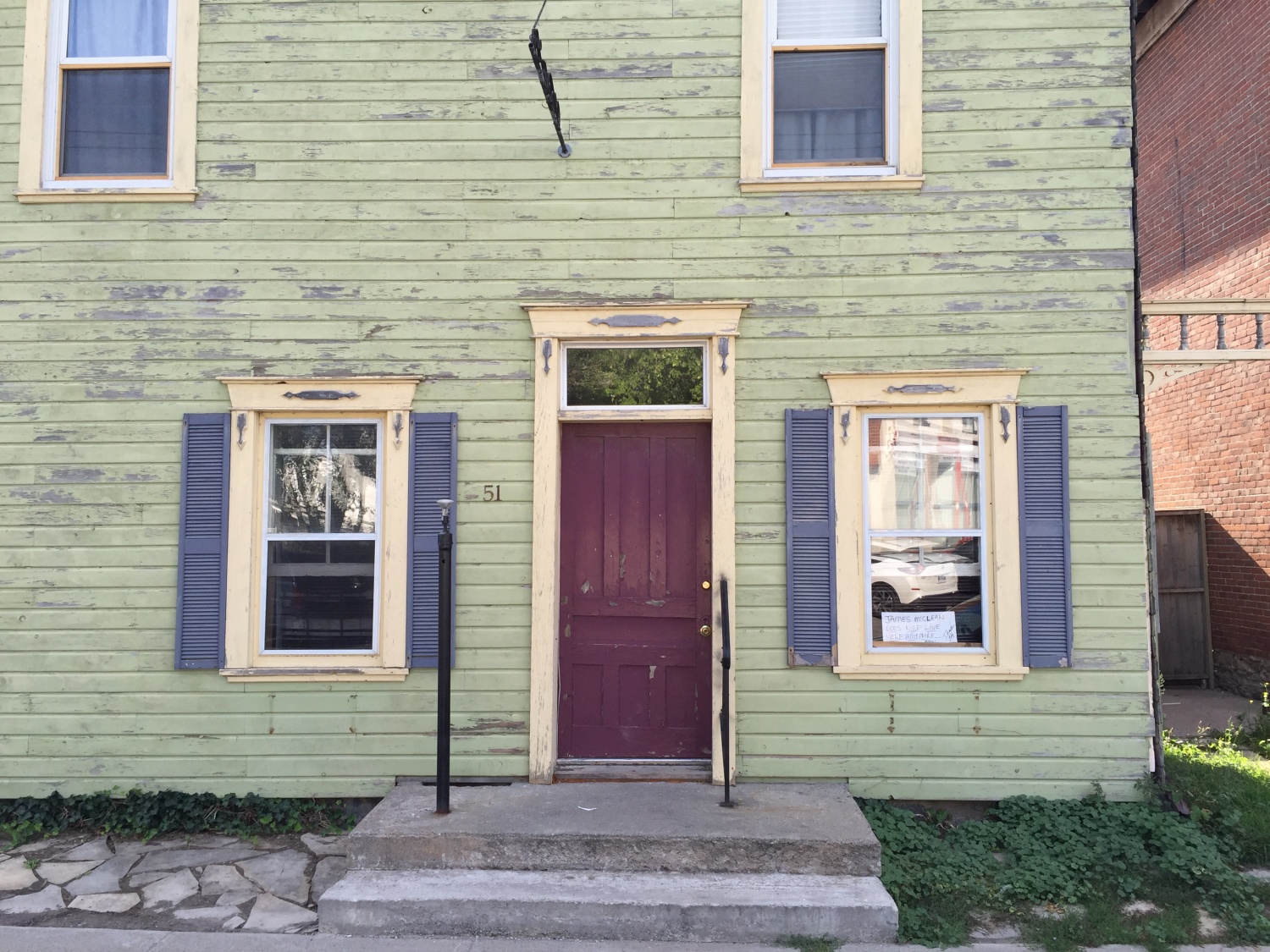 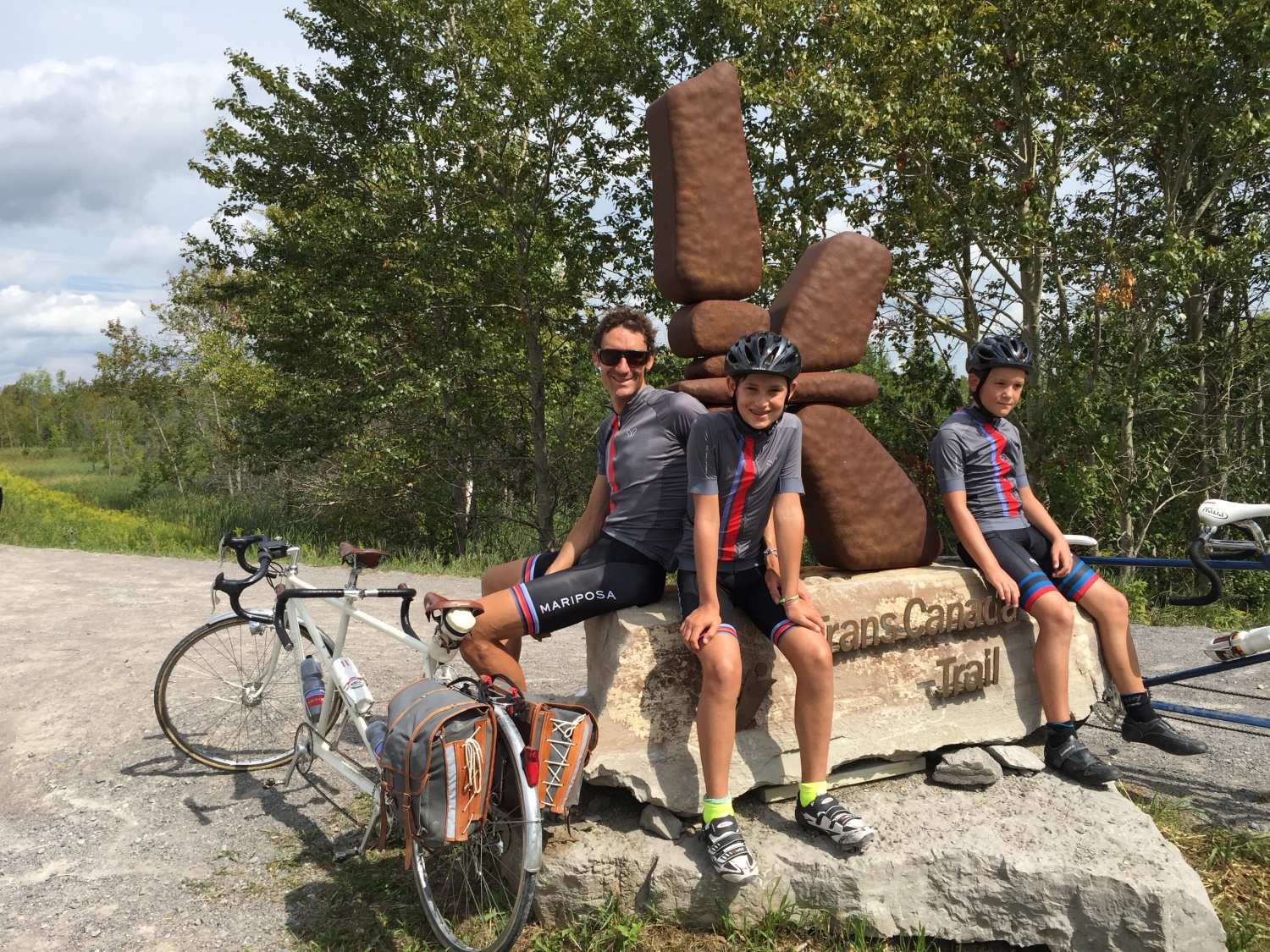 A rest stop on the Trans-Canada Trail, just south of Cowan’s Bay. 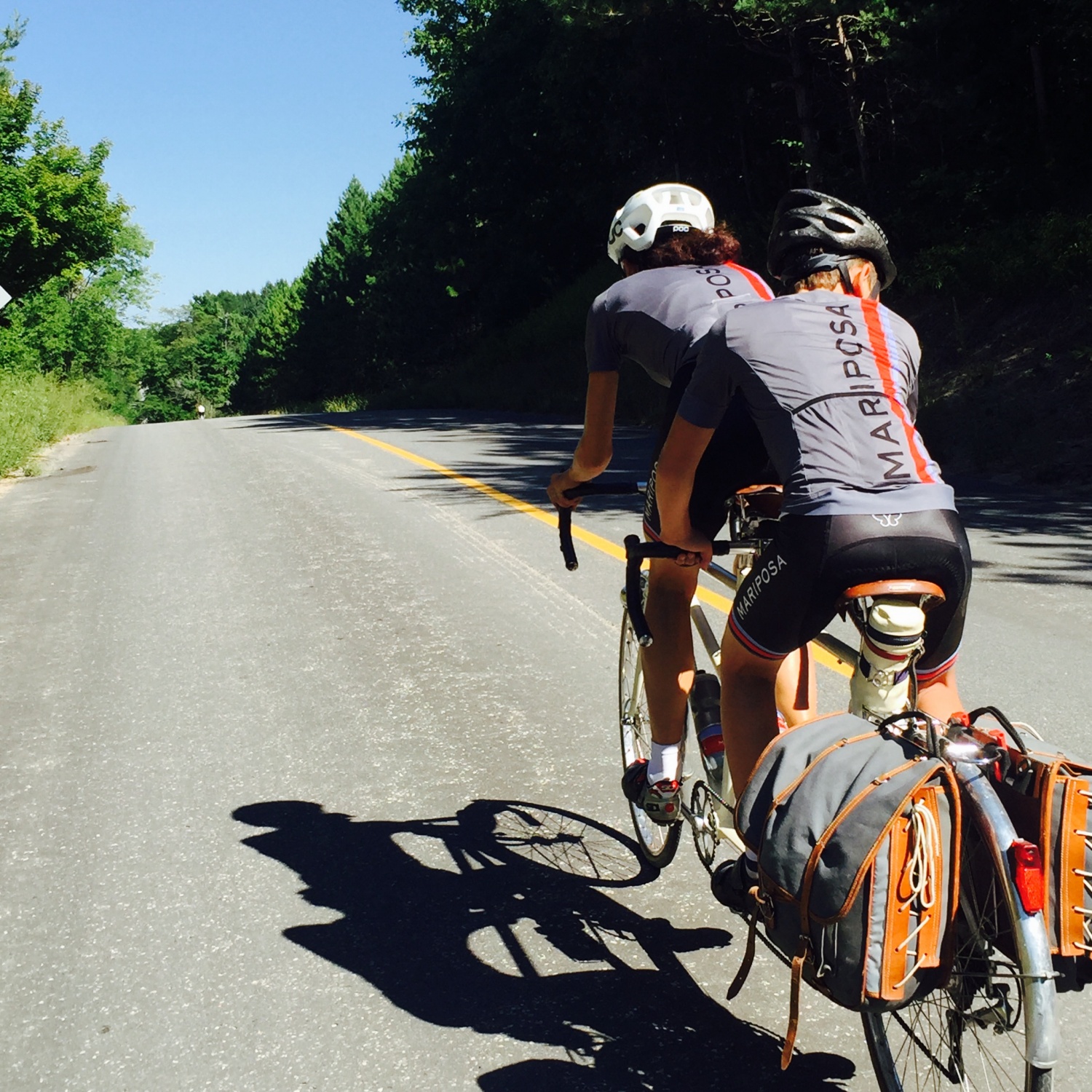 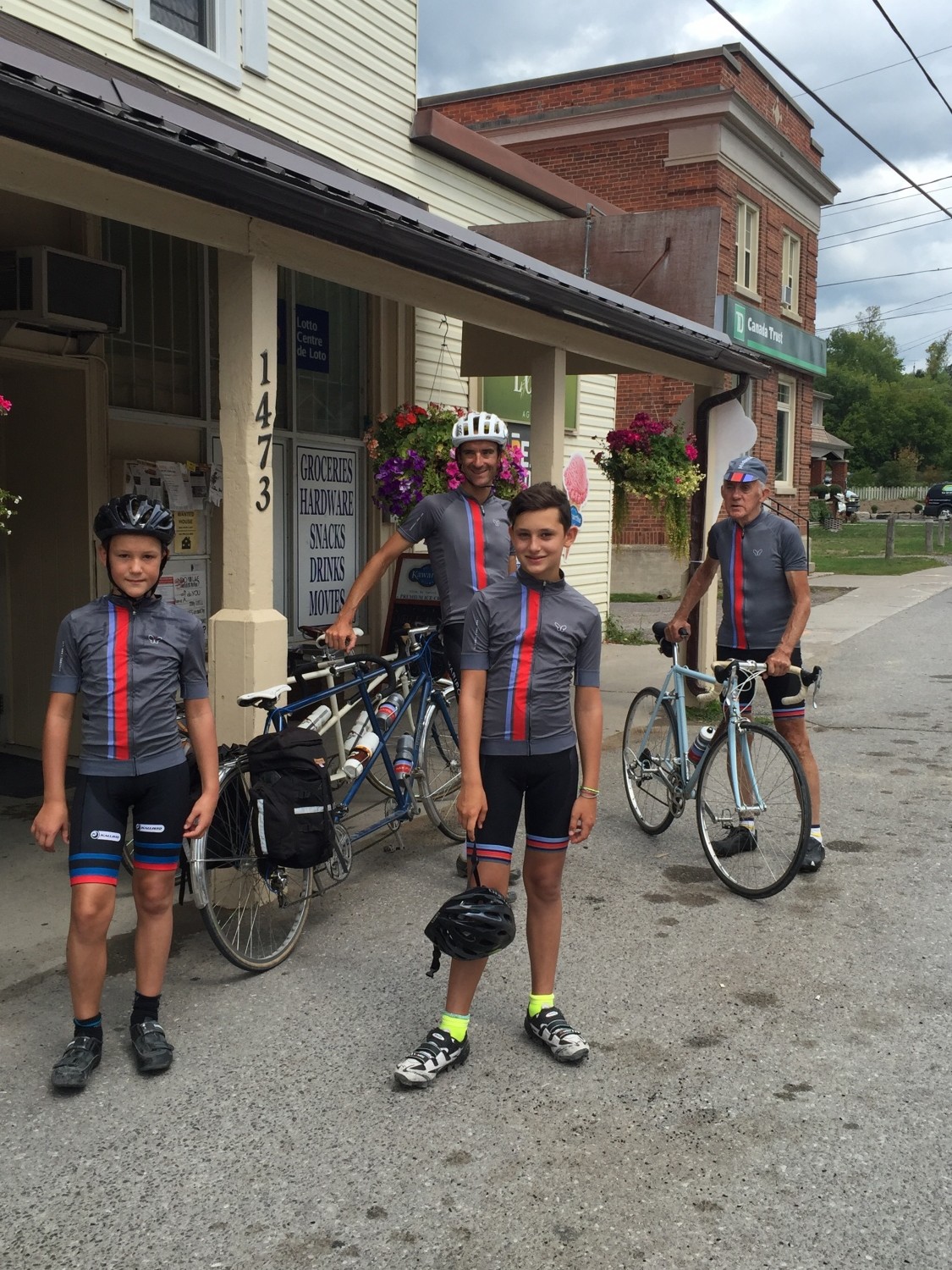 A soda stop in Bethany. Grandpa Mike rejoined us for the second half of the trip home. 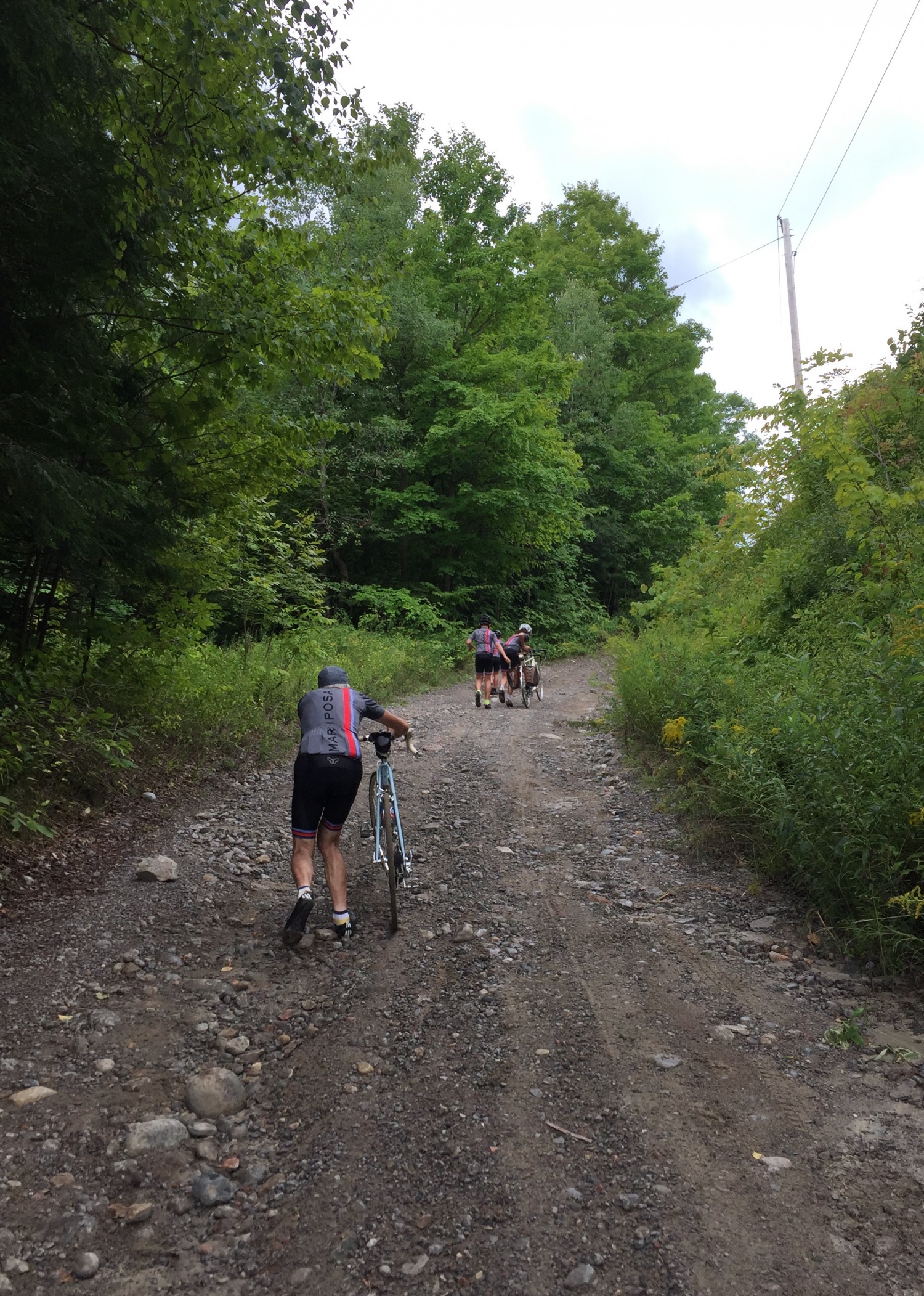 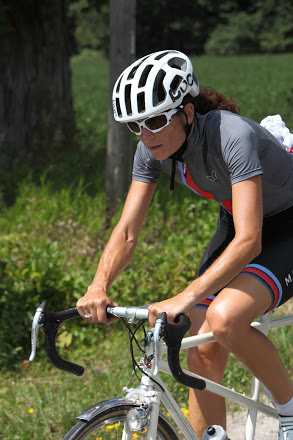 The hills and the heat took their toll. 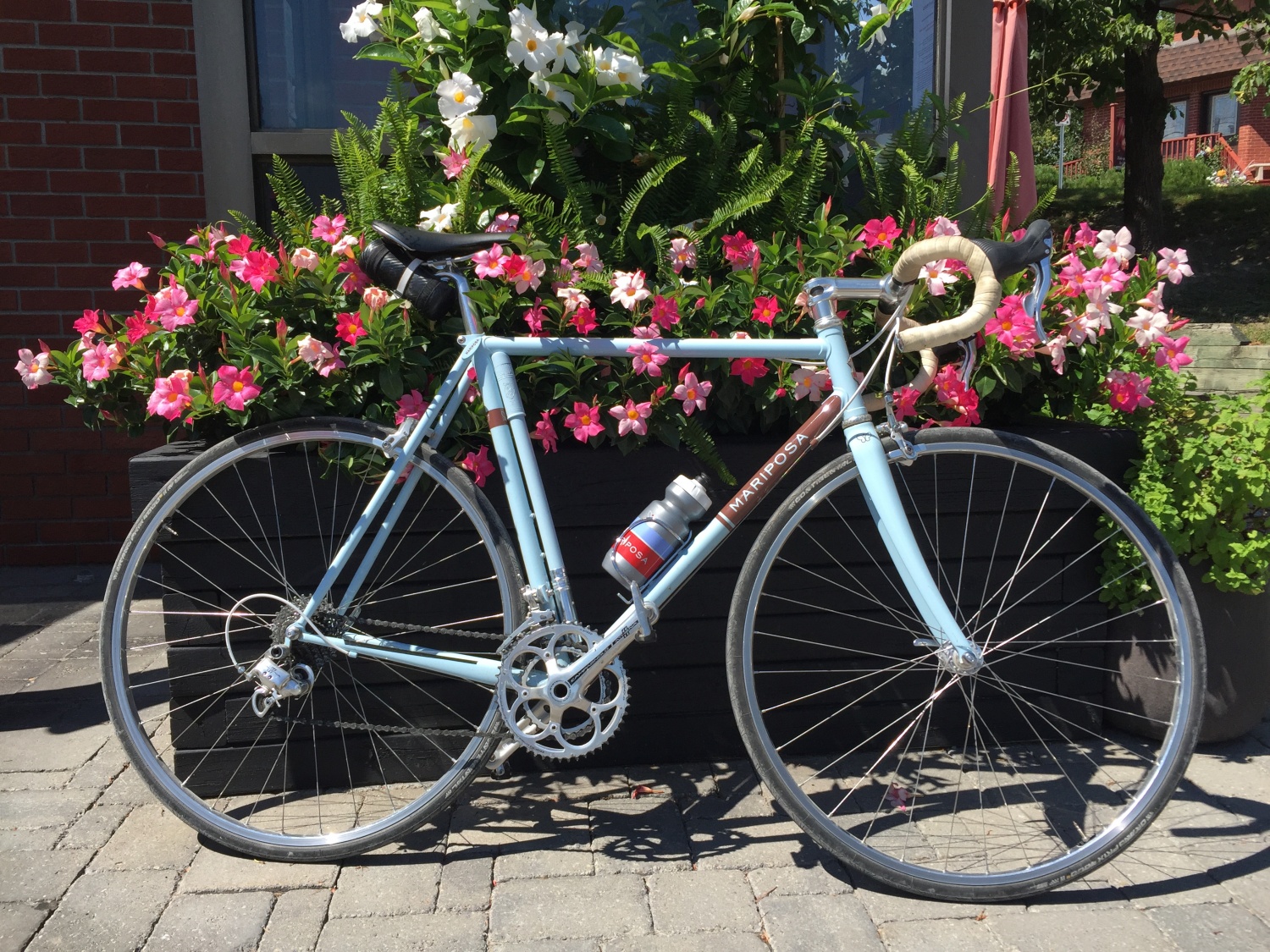 Lunch/Dinner at the end point in Port Perry.