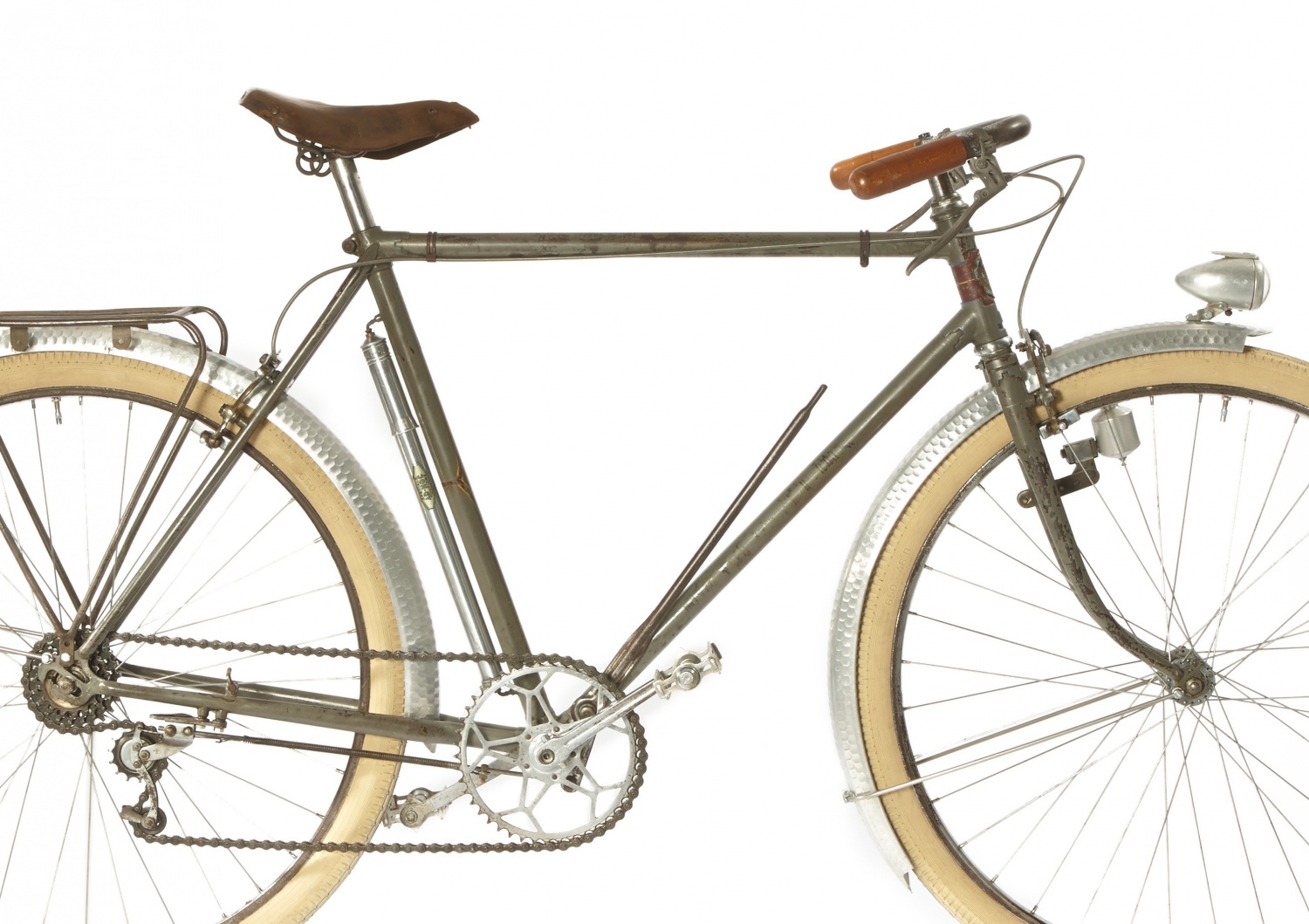 A few years ago my son Michael was scanning the French eBay site and came across a french bike that had a derailleur that wasn’t cable operated. He sent me the details. I was fascinated and decided that it would be a good bike for my collection. No one bid on it, so I guess there are not too many people like me that would get excited about a scruffy 1936 French bike with a “derailleur sans cable”. 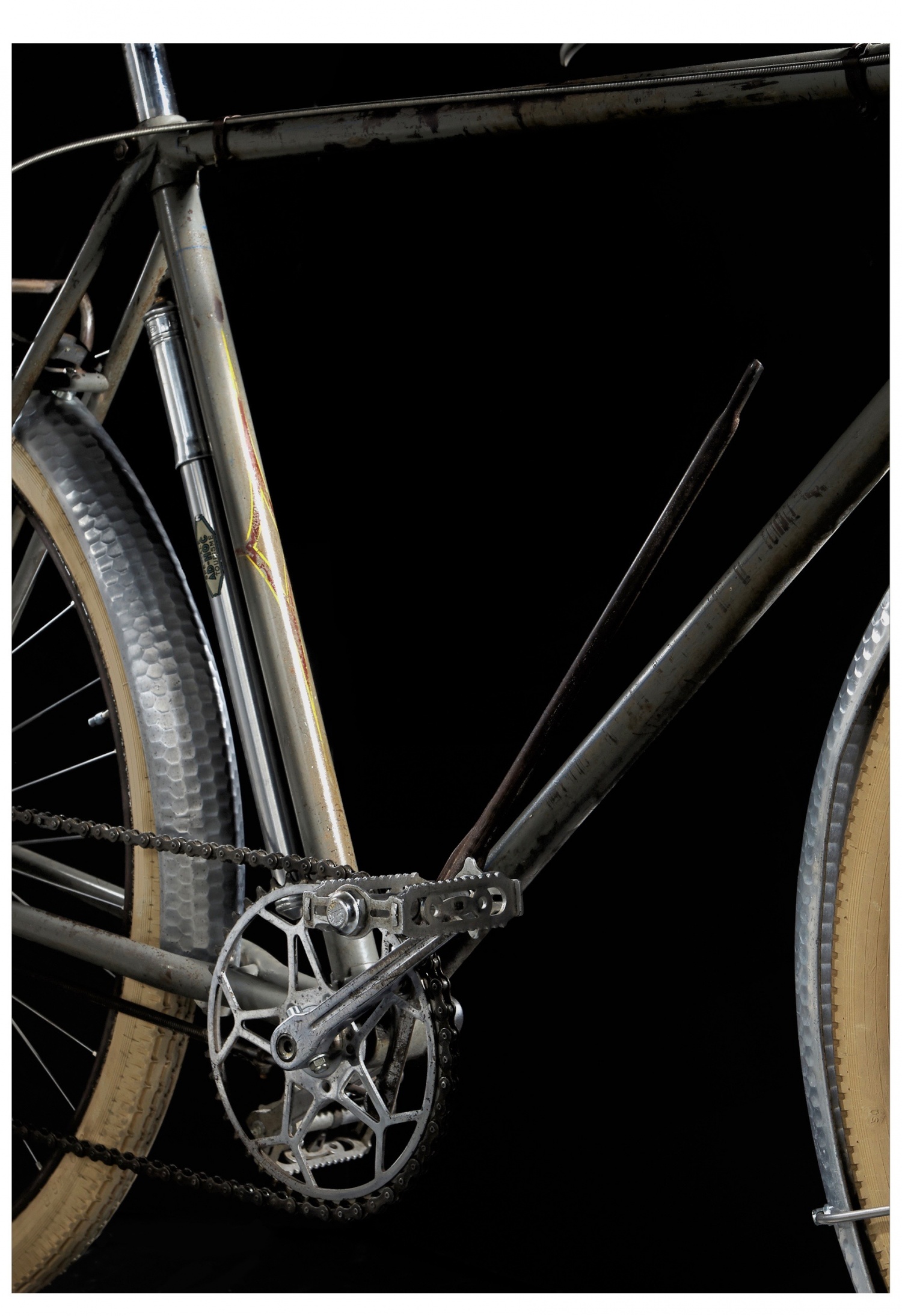 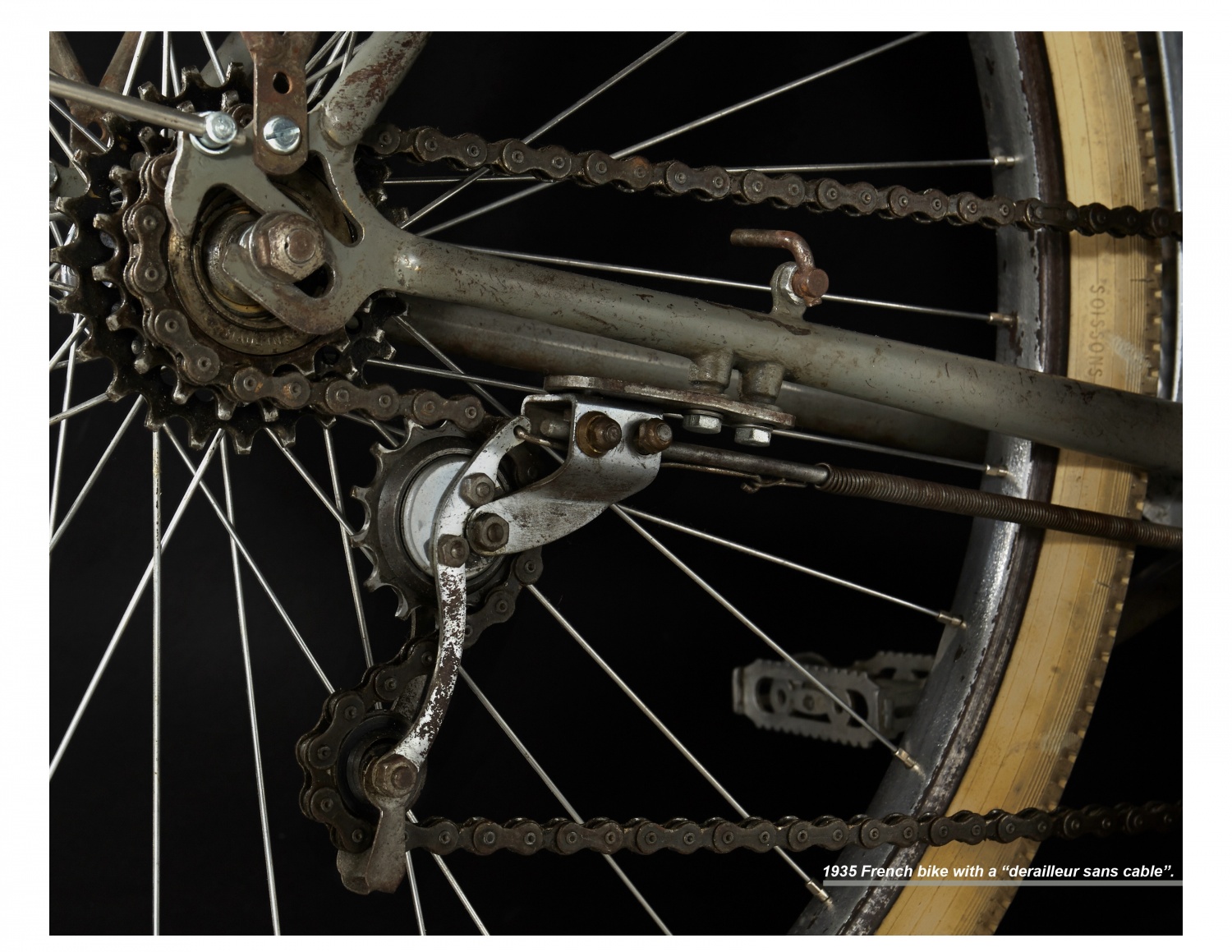 The derailleur is operated by a 16″ long lever, which is pivoted at the bottom bracket and runs along the side of the down tube. I’d never seen anything like it before and did some research. The bike is a BGA, which stands for Blanchard-Grange Armes. It was made in St. Etienne in around 1936. In those days, St. Etienne was the centre of the French bicycle and arms industries. The bike is a typical French city bike, fitted with 650B ‘demi balloon” tires. The derailleur and brakes are “Velectrick” which seems to be the house brand of Blanchard-Grange. The brakes are in effect “V” brakes, manufactured sizty years before Shimano reinvented them for mountain bikes.

A few years ago, if I got a bike like this, my first inclination would be to restore it to “as new” condition. I now have a few ancient bikes, which look as if they just came off the production line. Now my thinking has changed. The BGA has its original paint and head badge. The chrome is a bit ratty but so it should be after almost eighty years. Everything, as far as I can tell, is original apart from the fenders and tires. The original fenders were missing when I got it and the tires were rotten. I had an old pair of French Lefol fenders, which seemed to fit the bill and the white 650B Wolbers made the whole thing look quite smart. The derailleur works very well and there isn’t much chance of breaking a cable. The brakes can be operated with one finger. Have bikes progressed very far in the last eighty years? 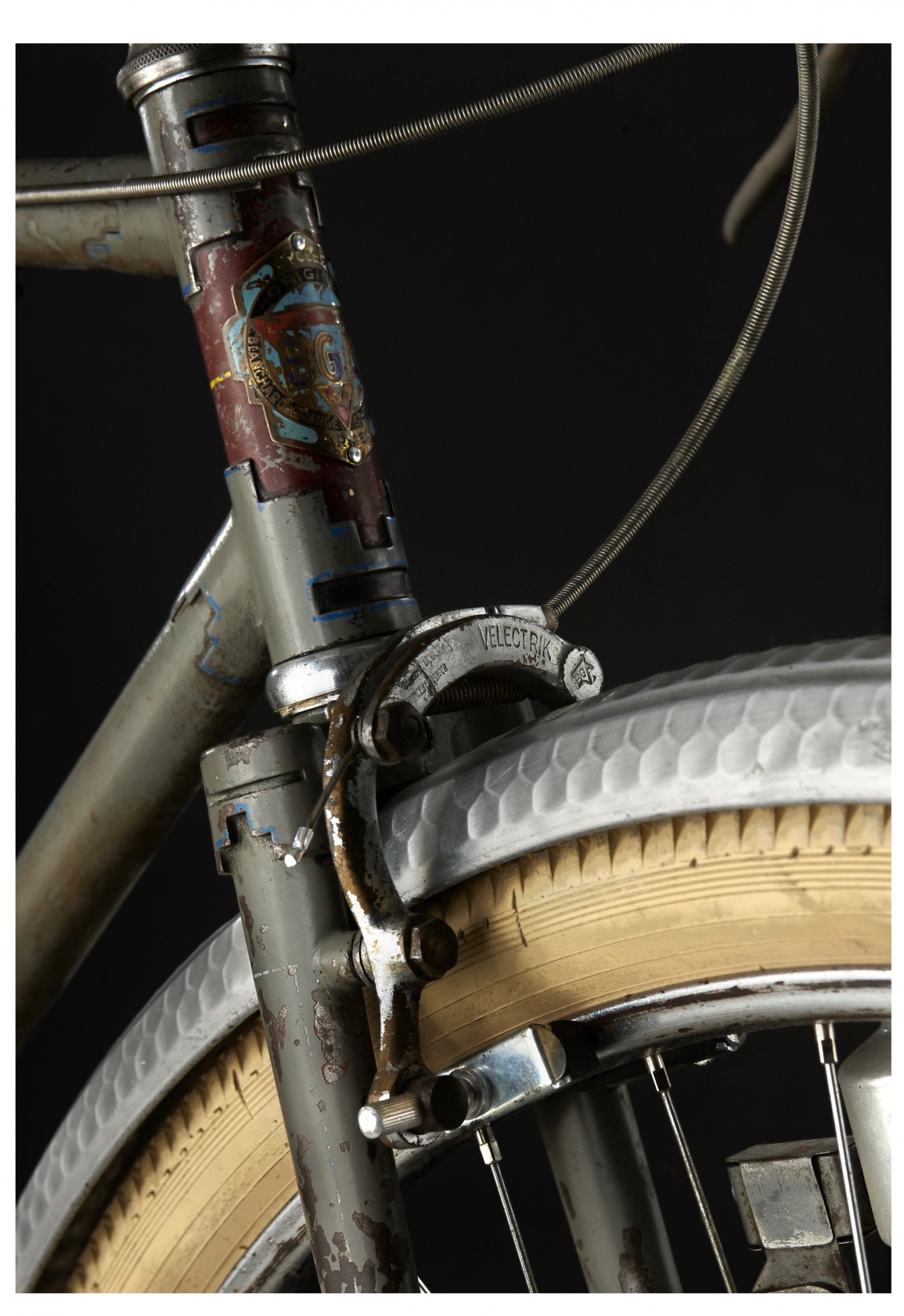 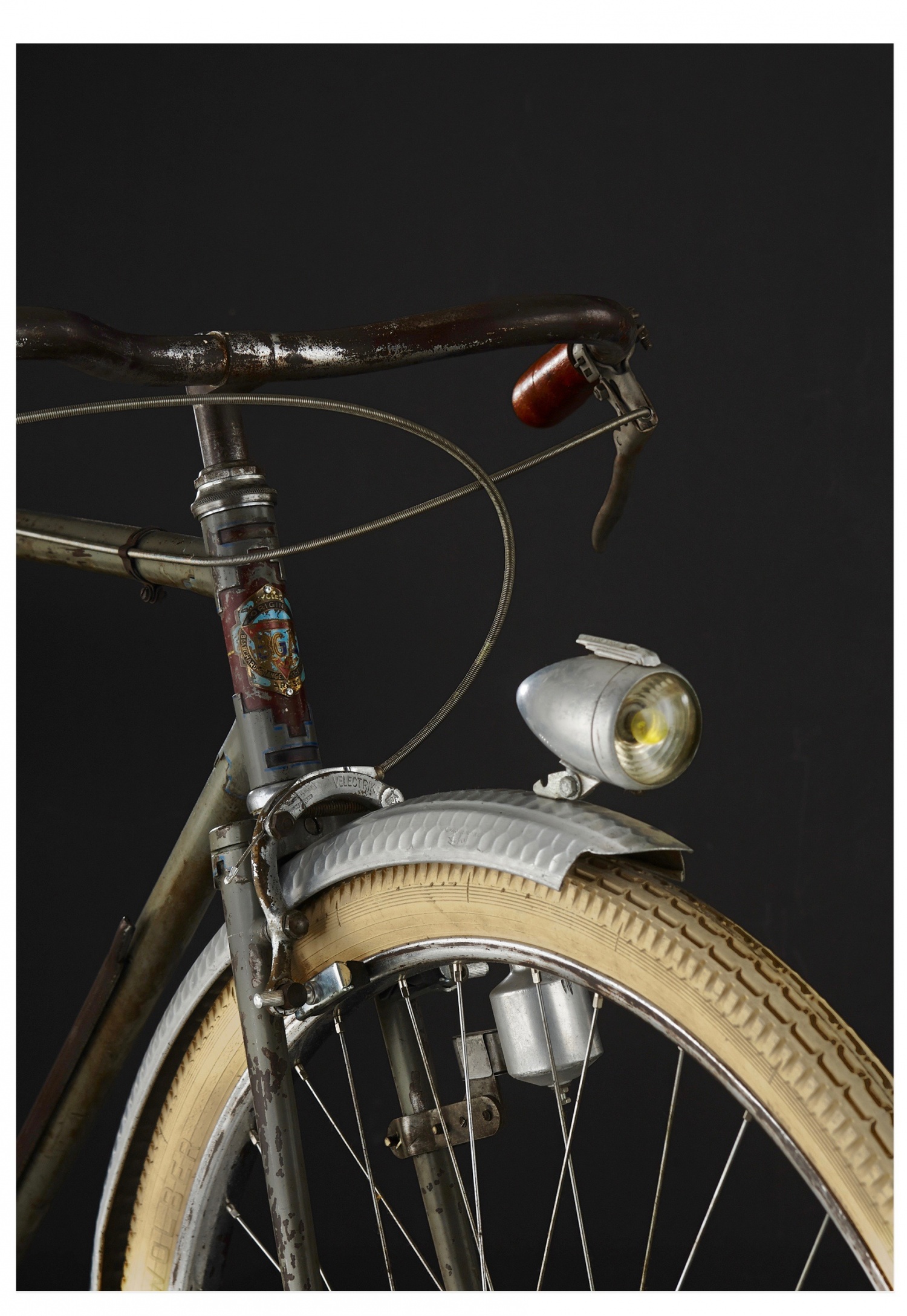