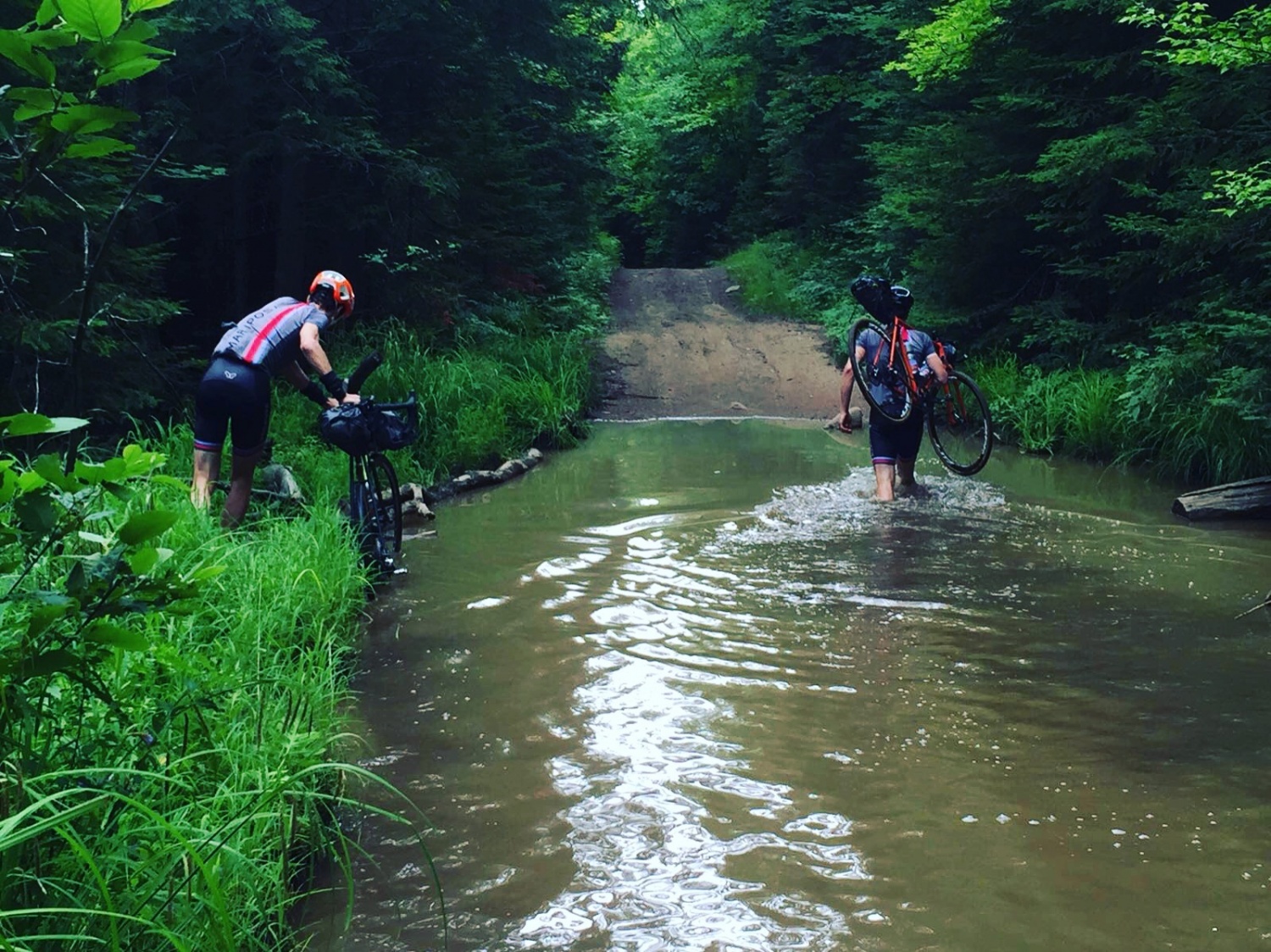 Rides that take you to places you haven’t seen before, or push you to extremes, more often than not, turn into the best, and most memorable adventures. A few months ago, a good friend Jody Wilson, proposed we take a three day trip on the backroads from Collingwood to Ottawa. Four of us, David Michael Lamb, Peter Morse and I were keen to join him. The thought was to take the train home, but when it was discovered the train from Ottawa to Toronto didn’t have a baggage car for the bikes the plan was changed to a three day loop from Collingwood to the Kawarthas and back. The goal was to find remote roads with little traffic and to ride 200-250 km a day. Plans were set, bags were packed, and the four of us were off. It turned into a great adventure. For most of the group it was the longest three days of riding they had ever done, and likely the most challenging, as the roads were often gravel, and sometimes backwoods trails with river crossings and puddles the size of ponds.

Over three days, we became a closer group of friends, pushed ourselves in new directions, and saw a small chunk of the province we hadn’t before seen. 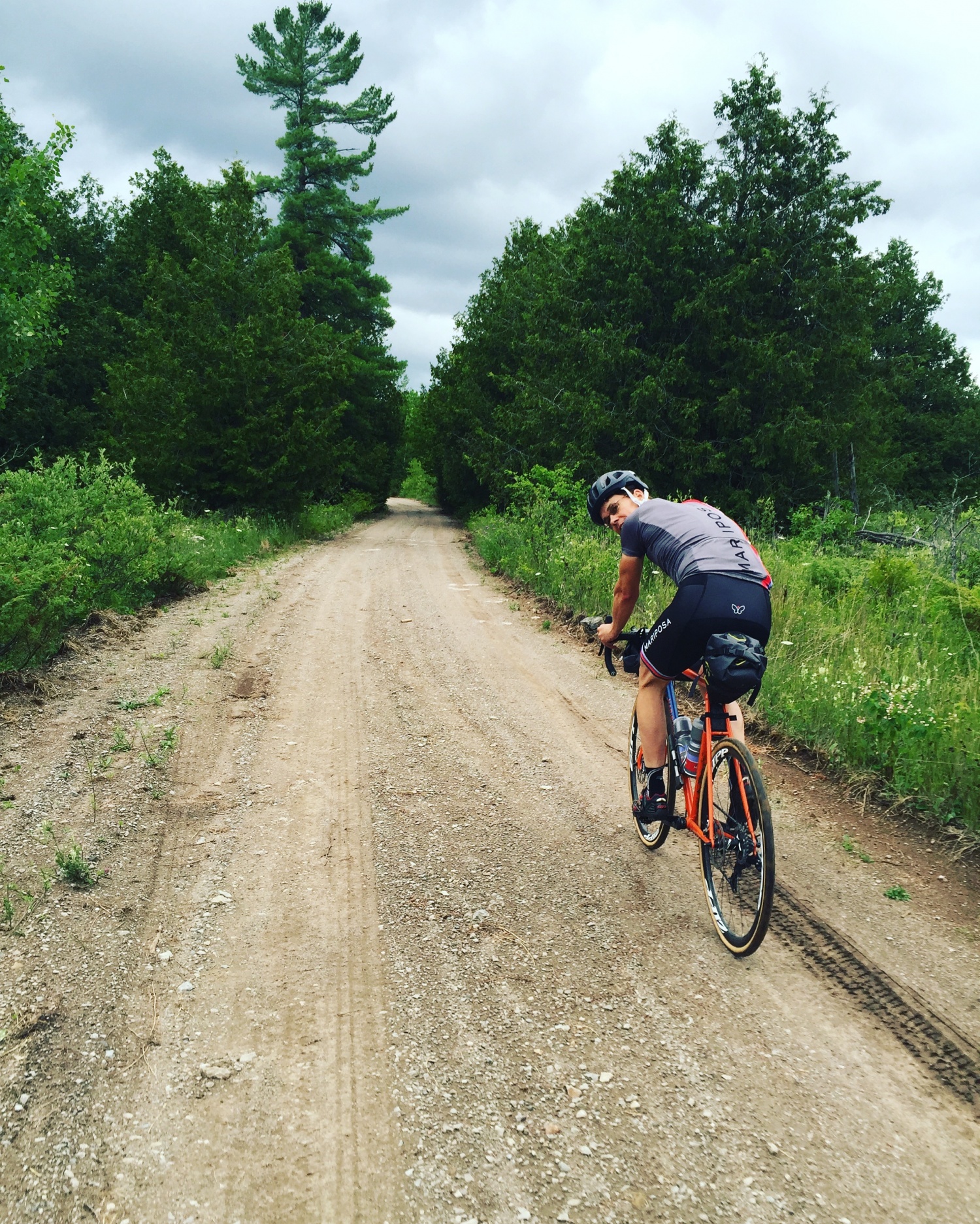 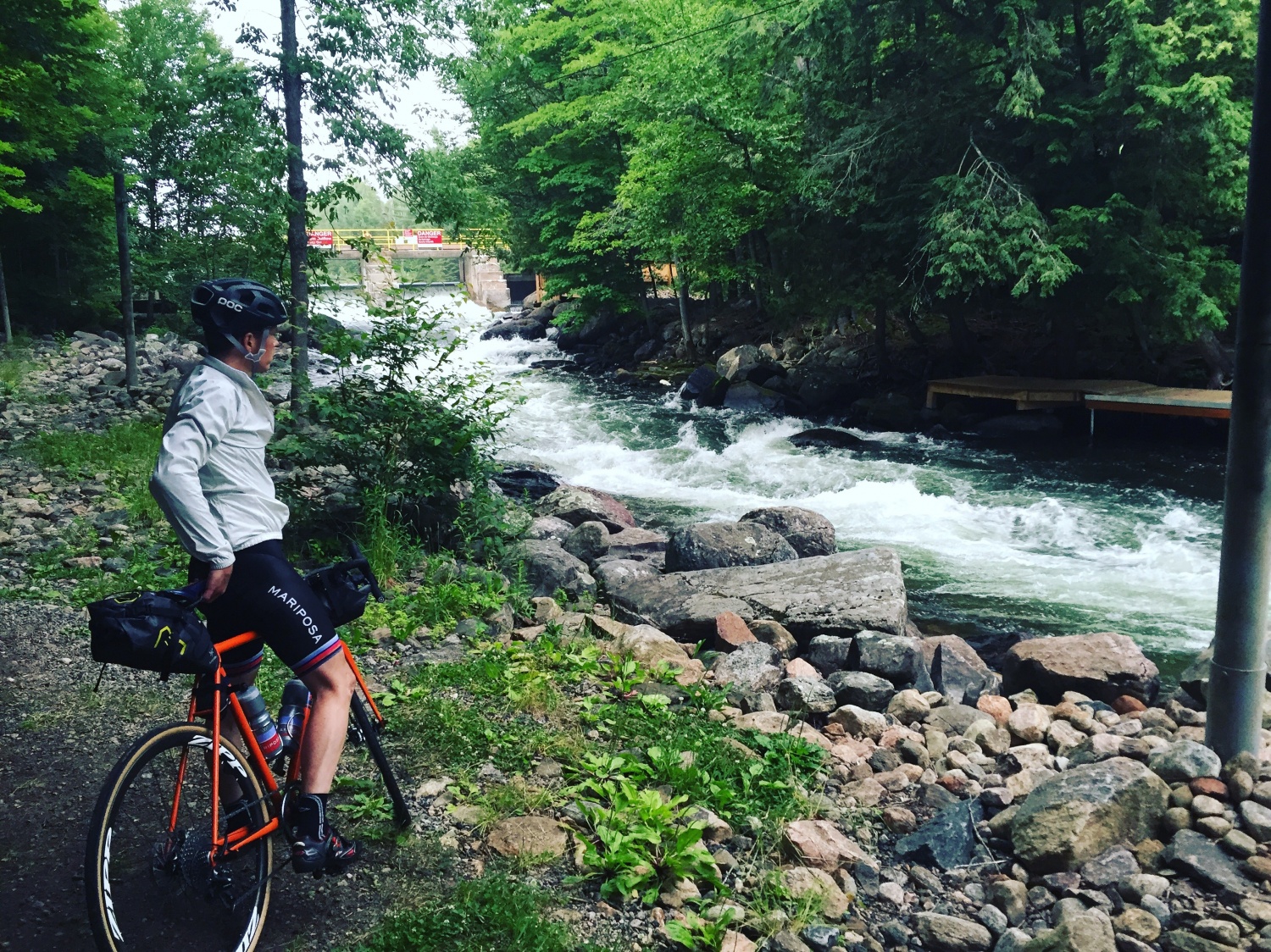 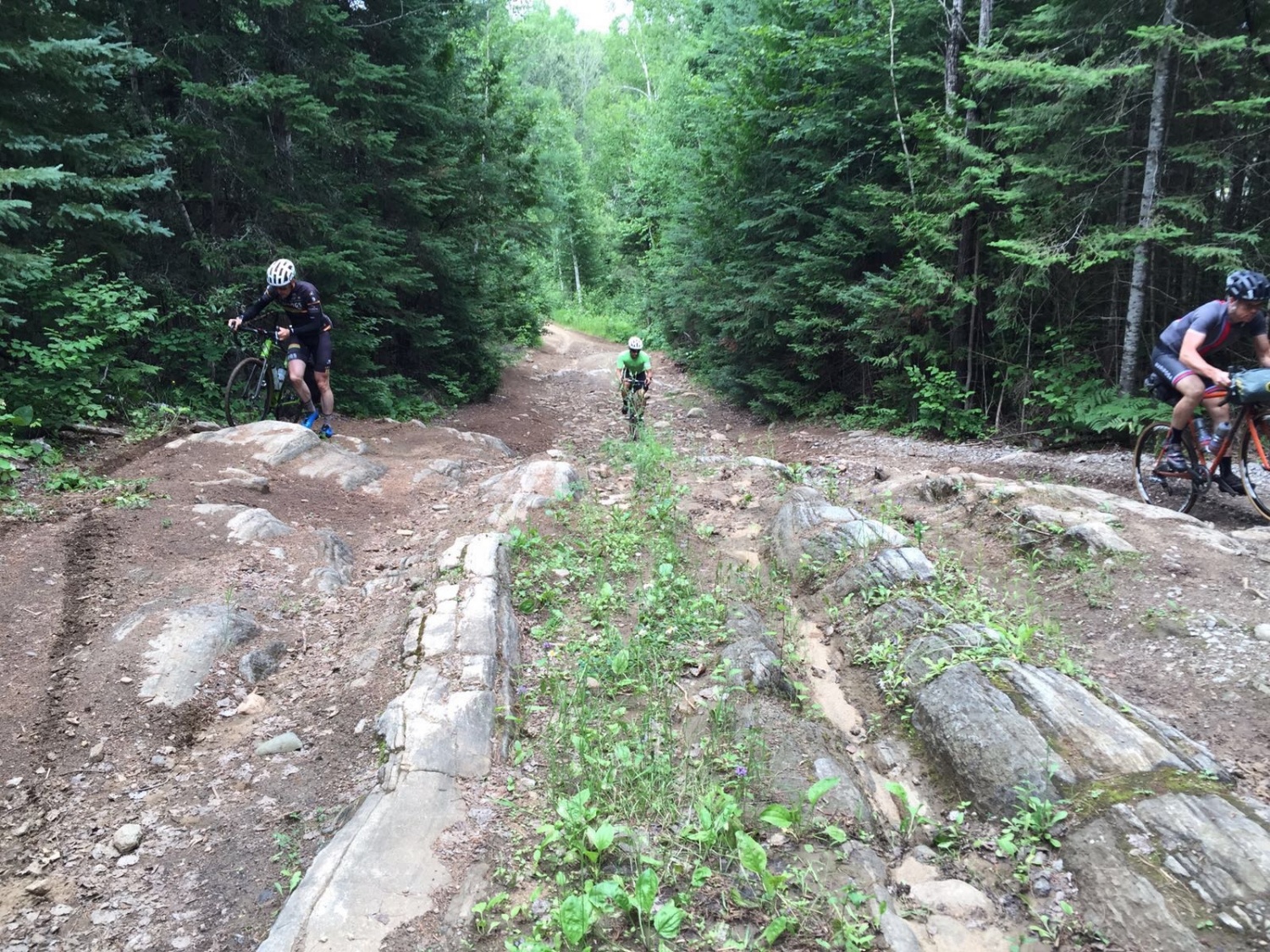 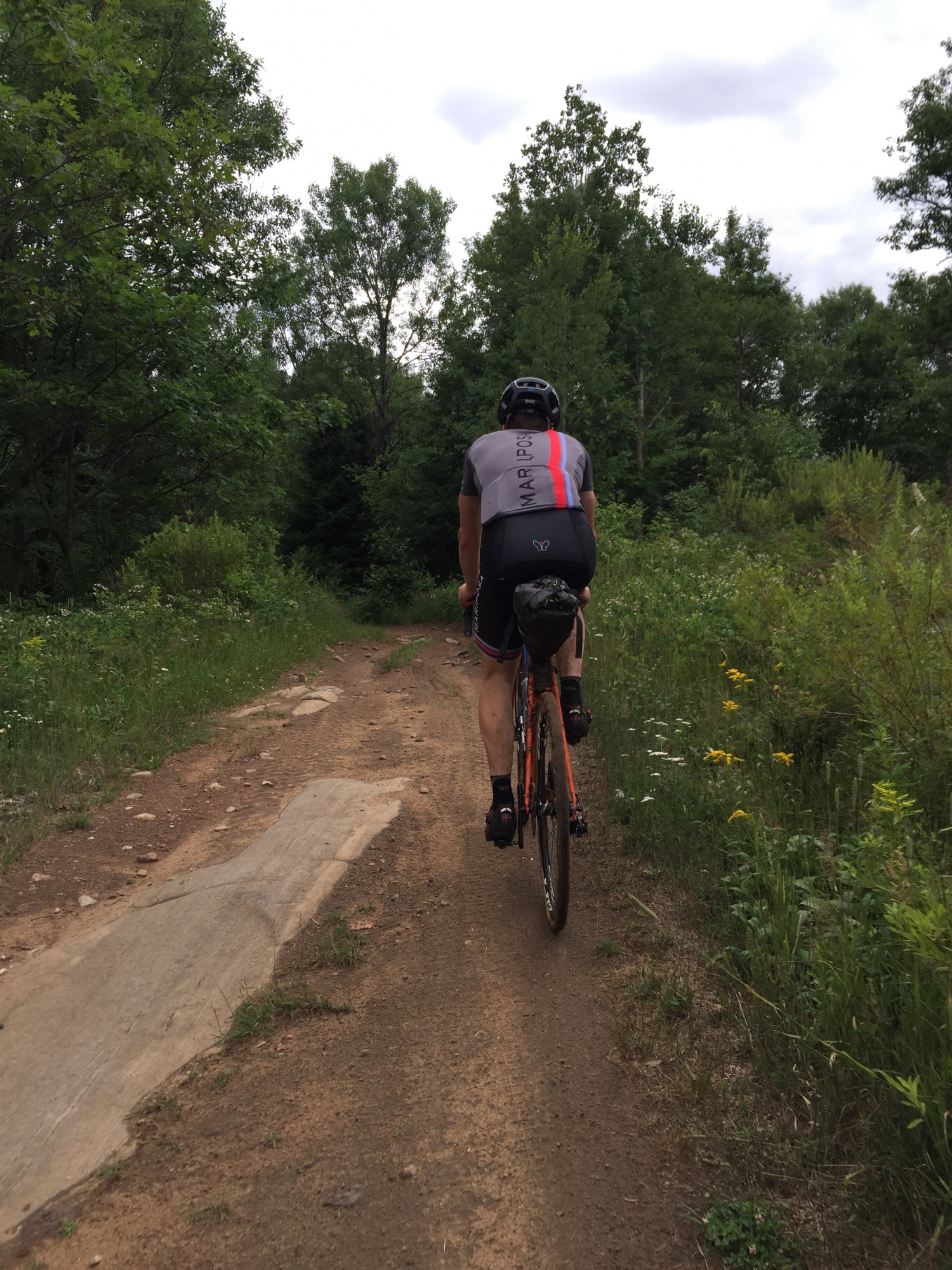 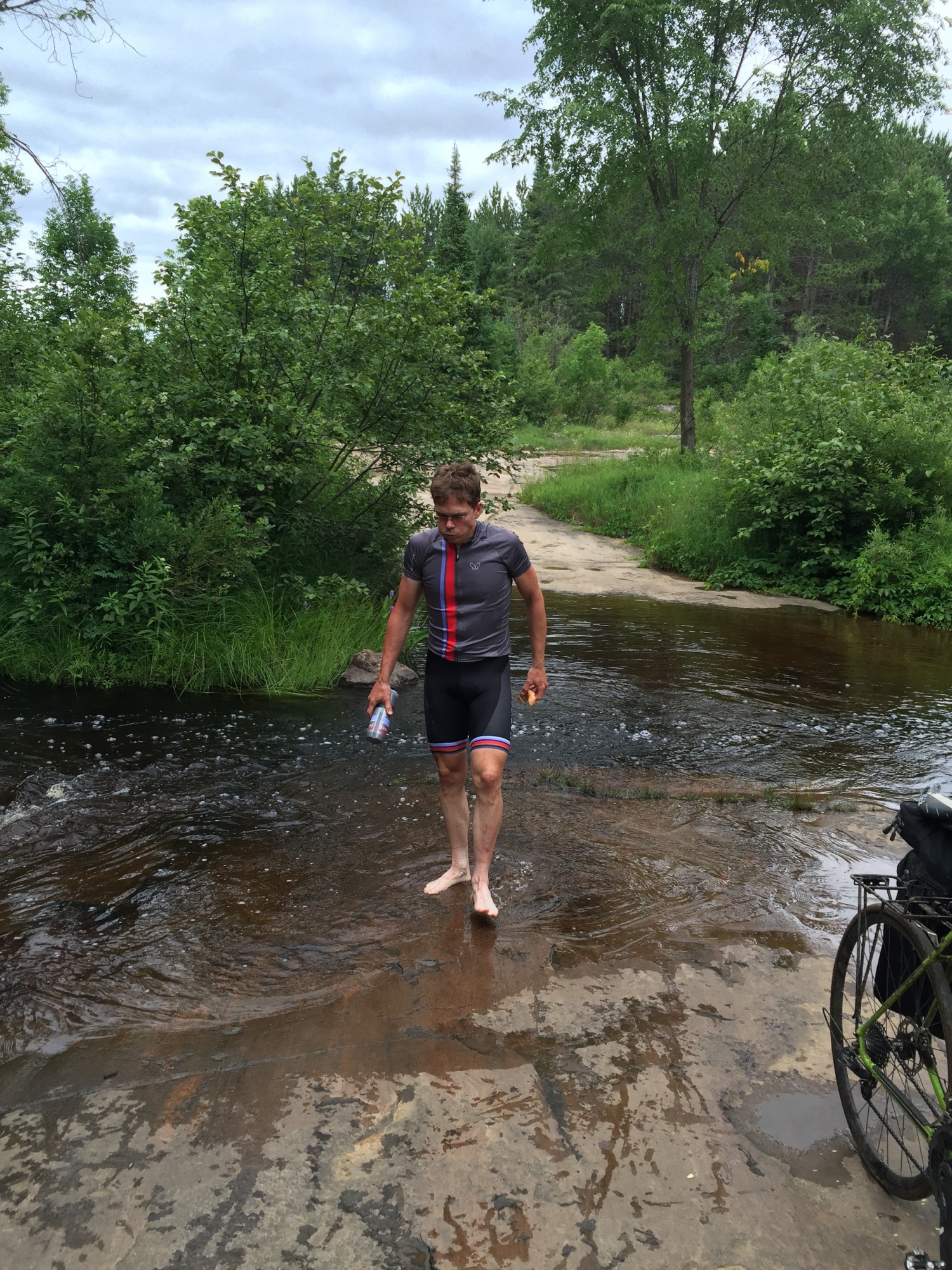 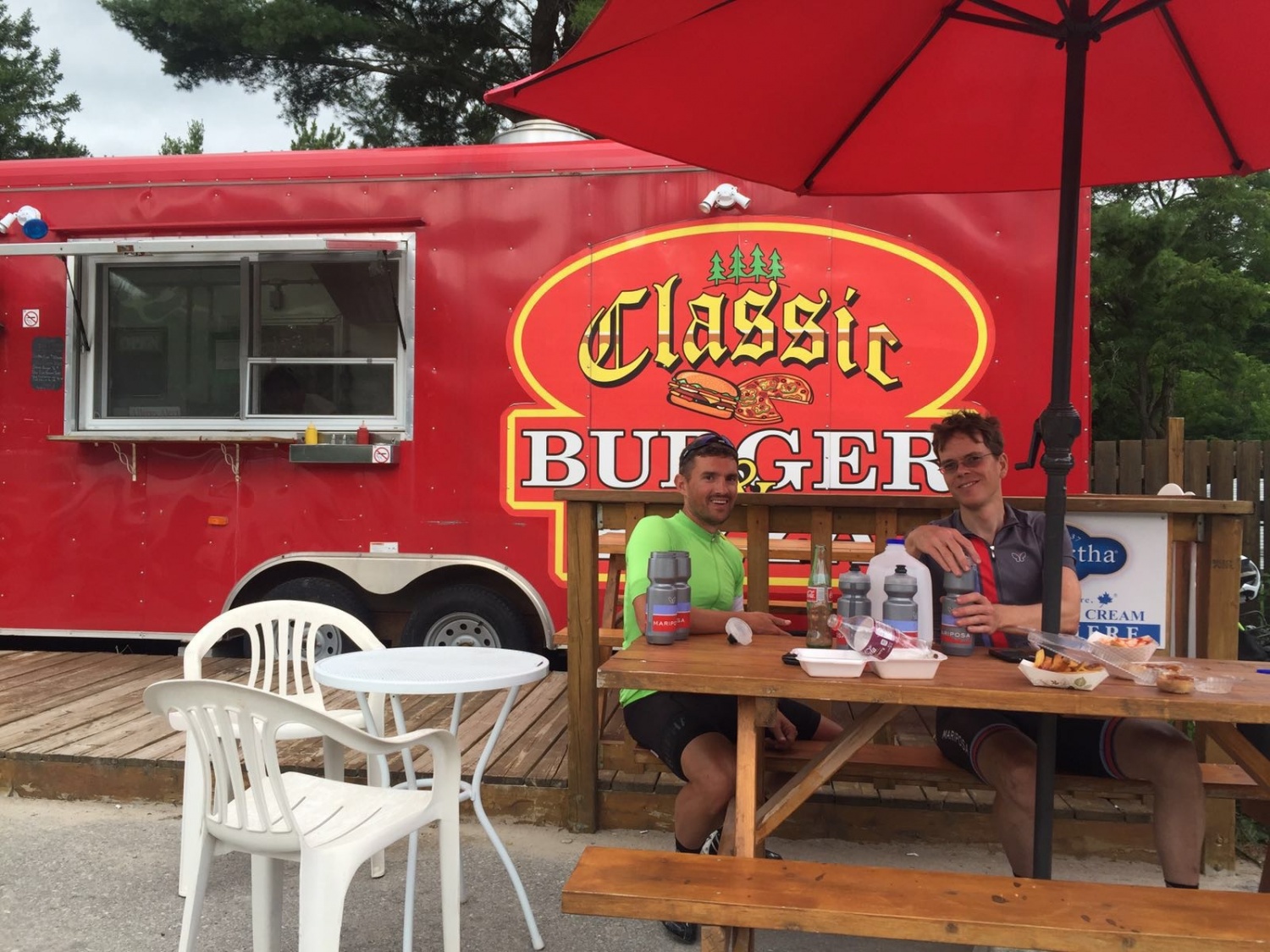 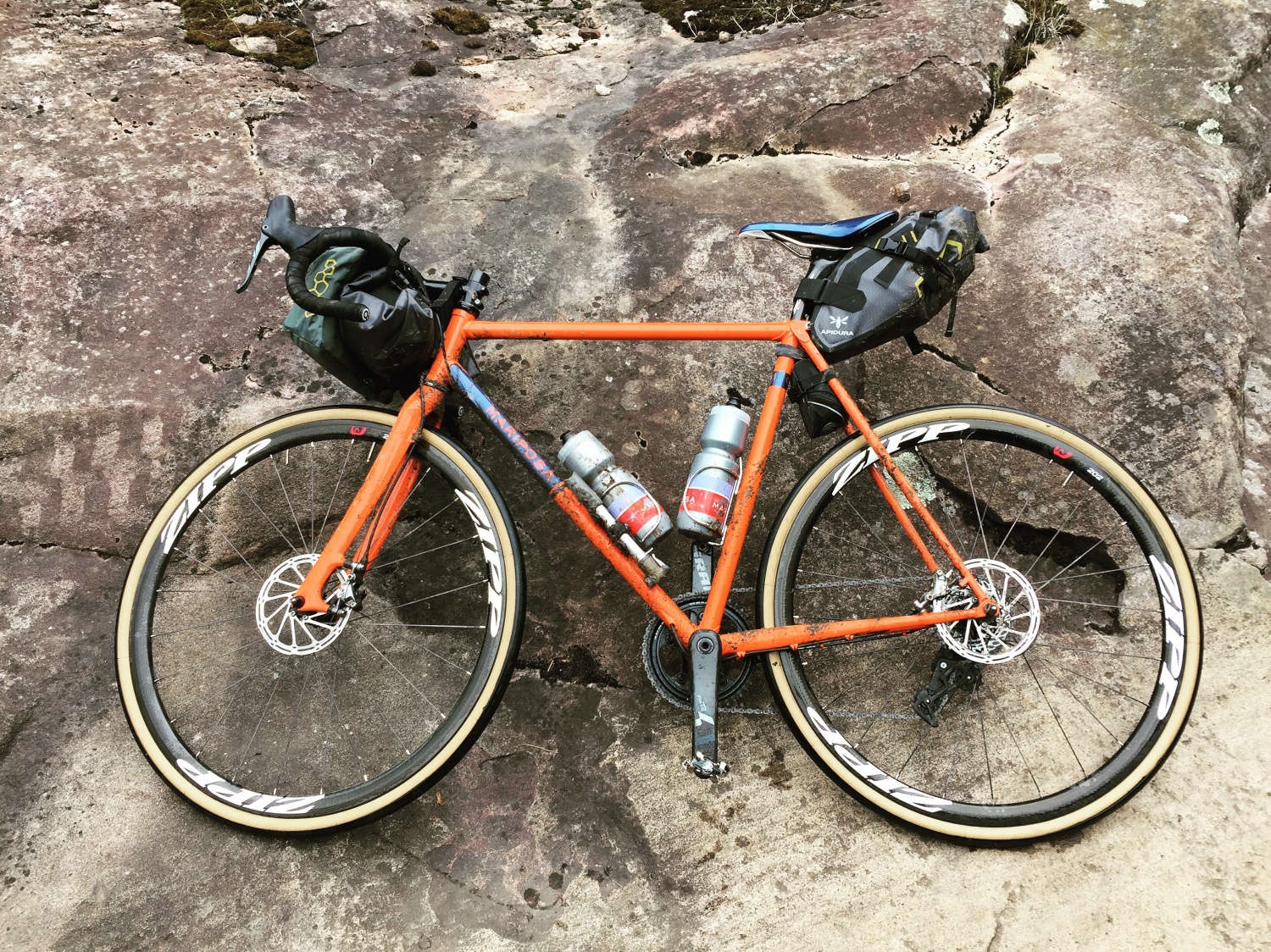 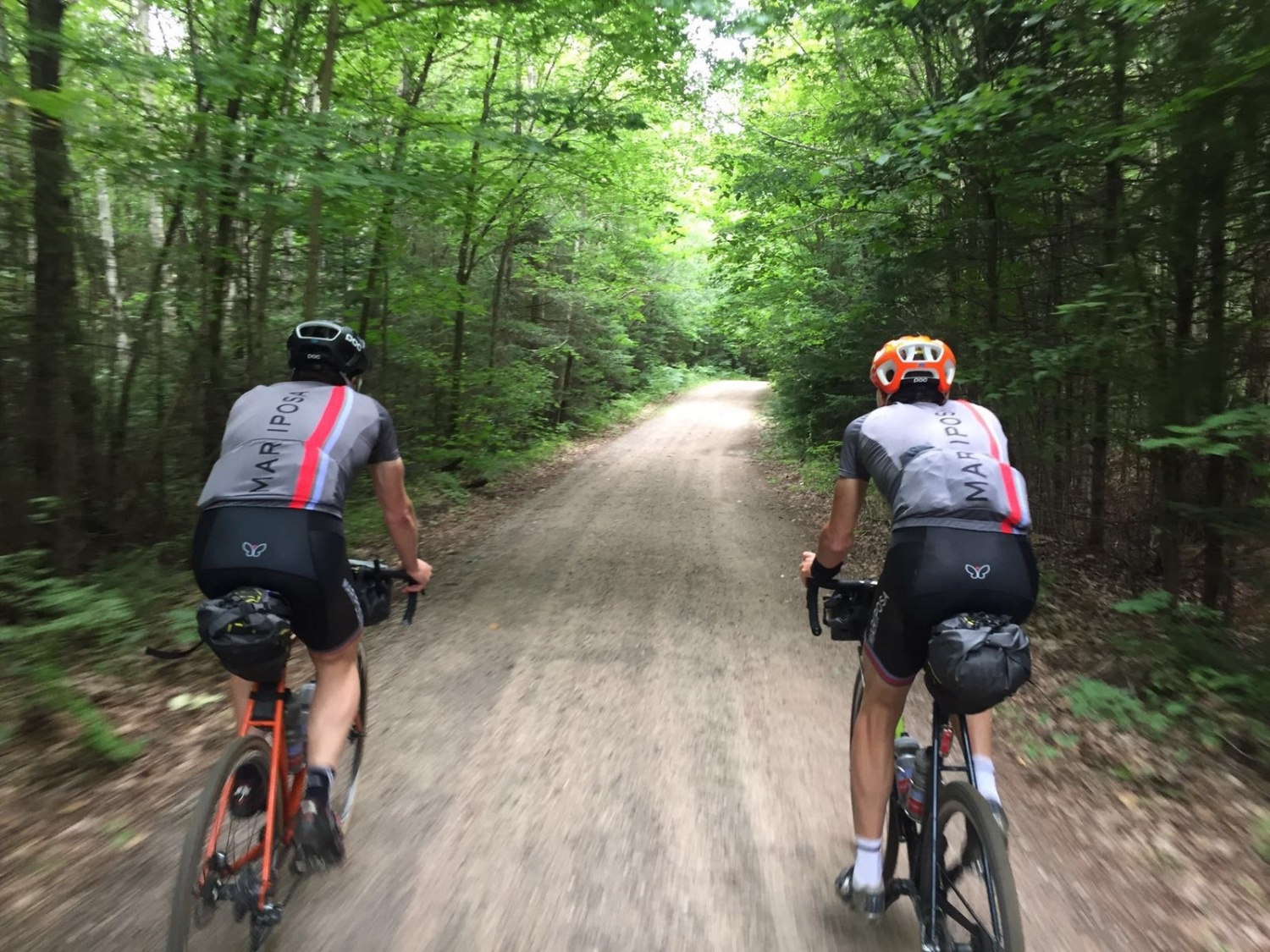 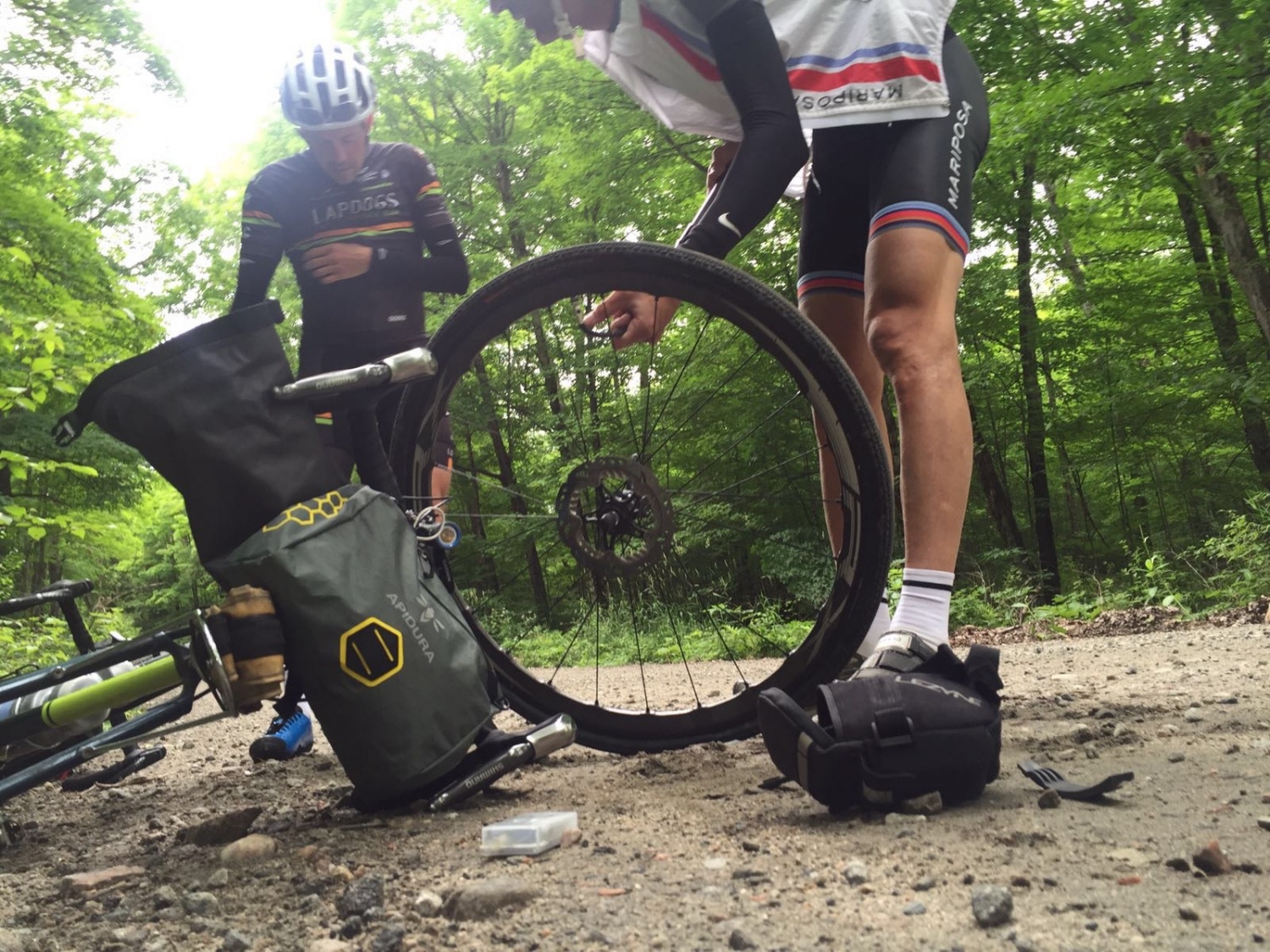 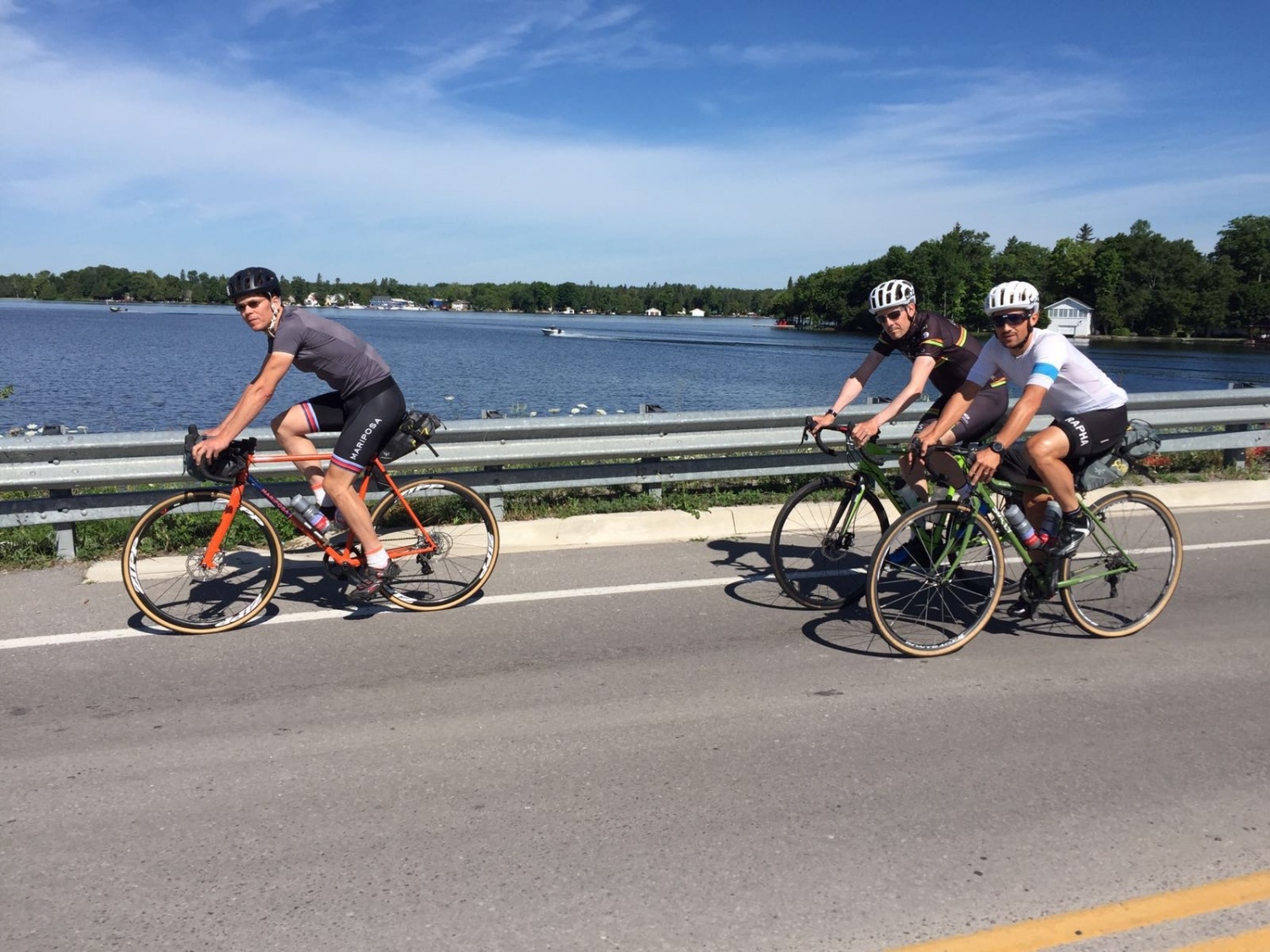 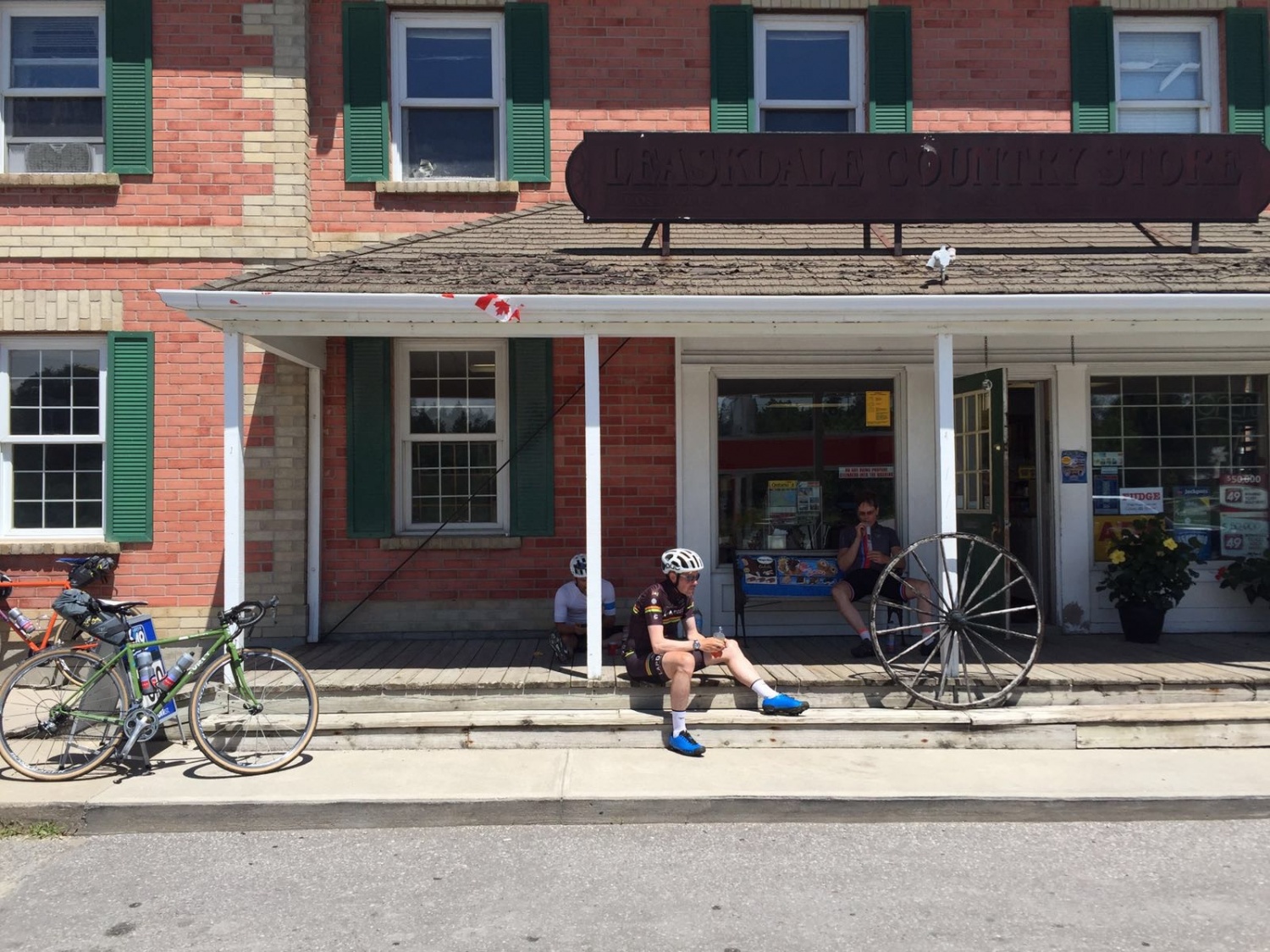 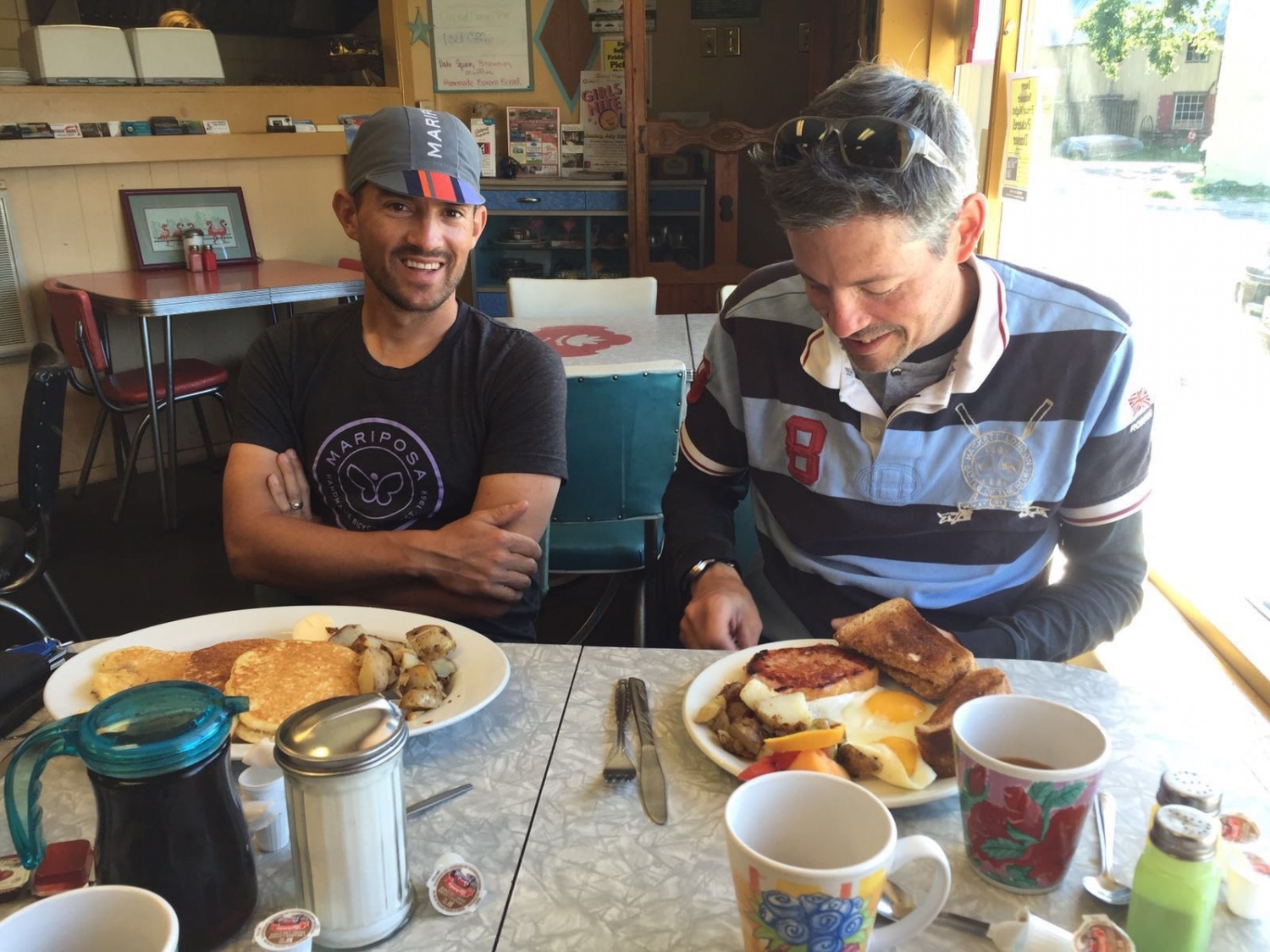 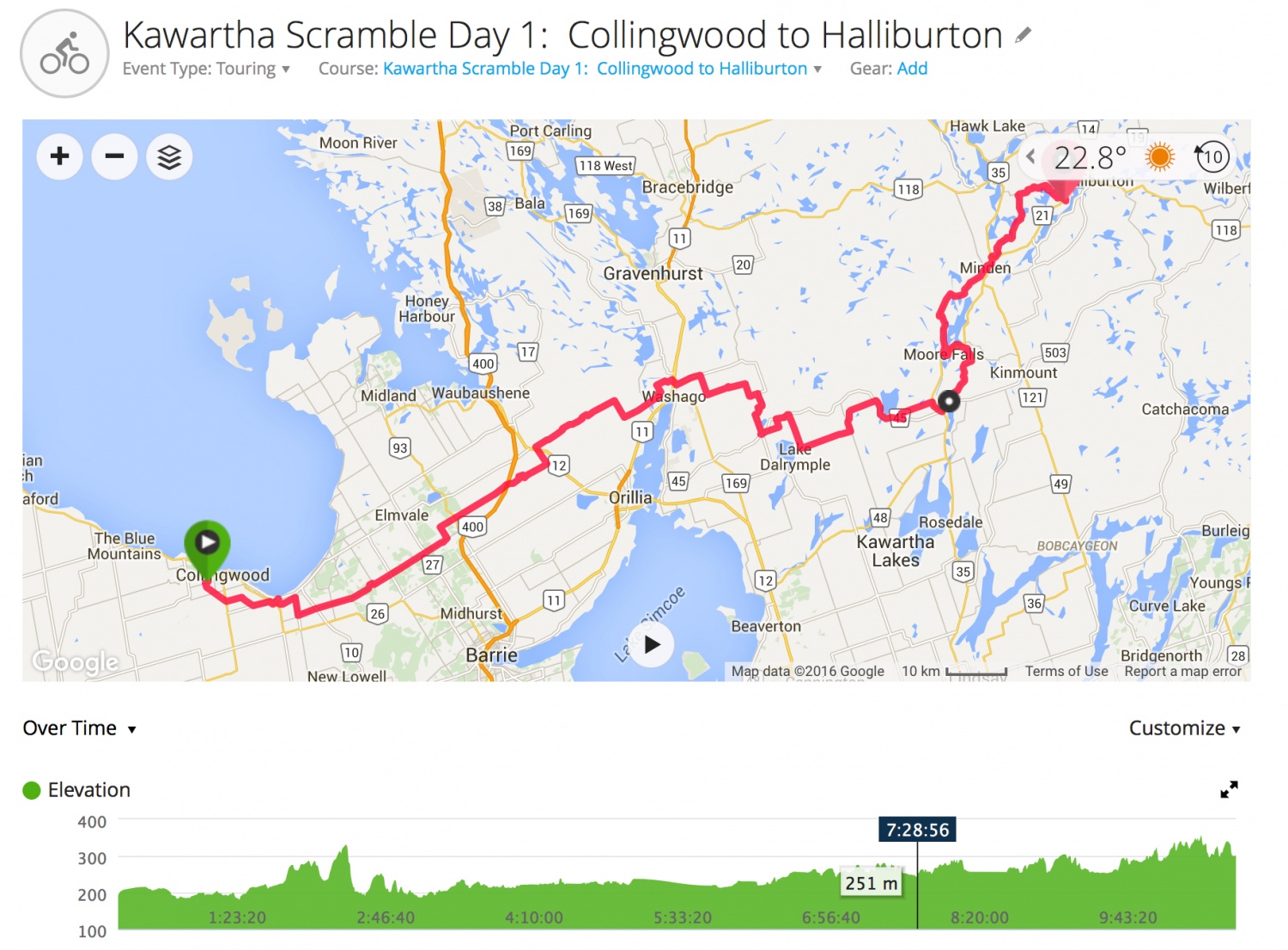 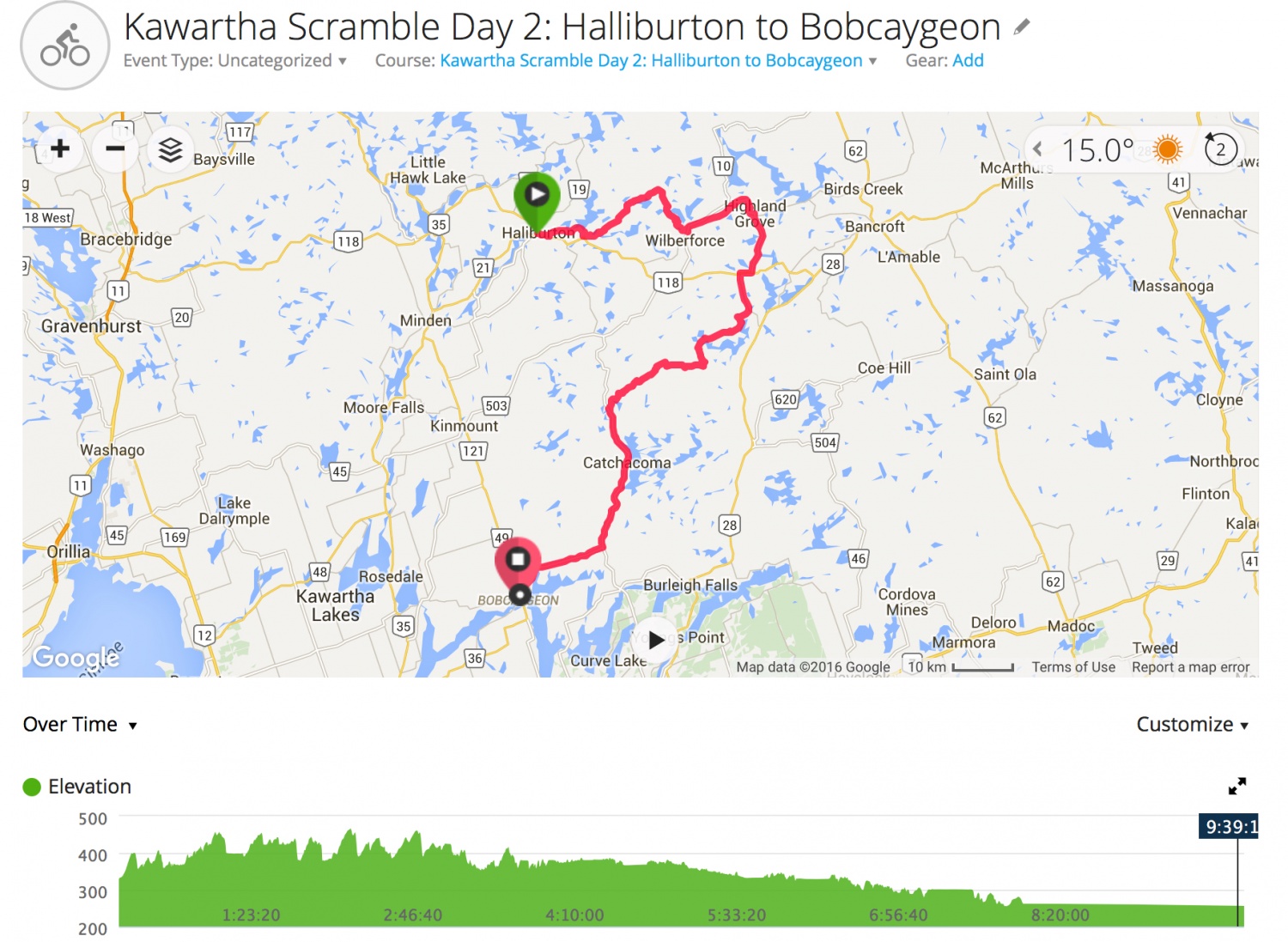 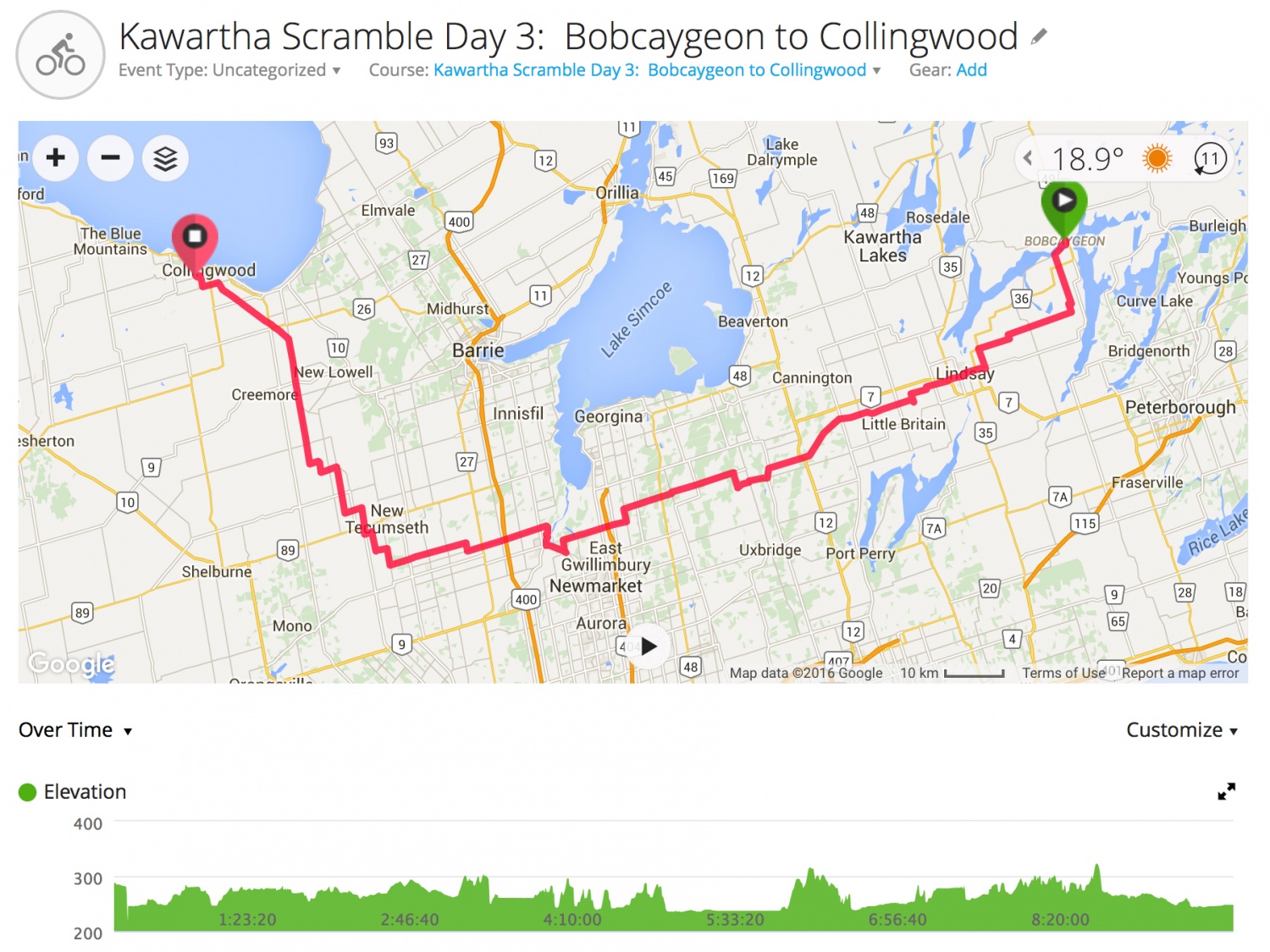 Lessons learned on the Kawartha Scramble:
-Carry dryer sheets and bug spray to ward off bugs (haven’t tried the dryer sheets yet but a local in Bobcaygoen said it was the best way to repel dirty little critters)
-You can never have too many tubes or patches
-If your bike has a removable derailleur hanger, take a spare one
-Bobcaygeon is a hip little town
-When in Bobcaygeon order the peameal bacon (which is really more of a peameal steak) at the Full Cup Café
-Roads/paths trails that appear they might go through on Google Maps are actually there. If they don’t show up on other mapping sites (strava etc) “search it up” on the Google and have faith.
-Wear mountain bike (SPD) cleat shoes. Be ready to hike-a-bike.
-Get your feet wet early in the day
-Never pass up a butter tart, or two.
-Compass 35 m Bon Jon Pass tires are the ones to use.
-Side panniers don’t work well in deep water or crosswinds. Although the pannier was not a complete disaster for David Michael Lamb, the Apidura packs are the way to go.
-Carry an extra chain
-Carry flip flops as it isn’t much fun wearing wet shoes in the evenings, and restaurants will turn you away if you show up in socks.
-Quick links are gold
-Press on-never turn back!