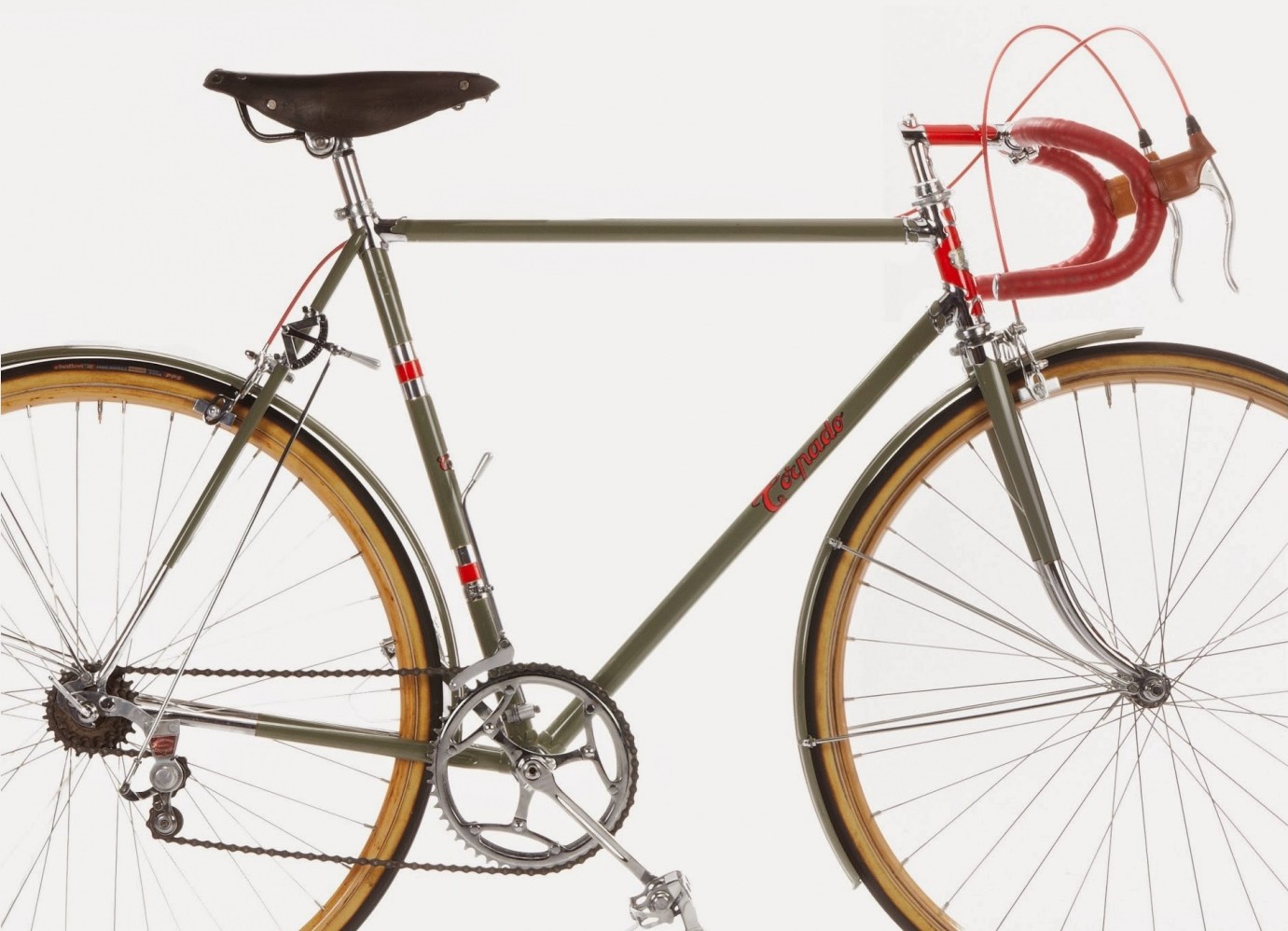 When I was a young teenager, I spent most of my spare time cycling or hanging around the local bike shop. Bill, the manager, was very patient with me, and I liked to think that I was helping him out doing odd jobs around the shop. I didn’t receive any pay, I just enjoyed being around bikes and cyclists. That was reward enough.

Occasionally Bill would give me discarded parts, which I used to put together a bike or two.

One day a customer wanted a peculiar Italian Lucchini derailleur removed from his bike and replaced it with something more conventional. Bill offered the old derailleur to me, and I didn’t hesitate to take it. 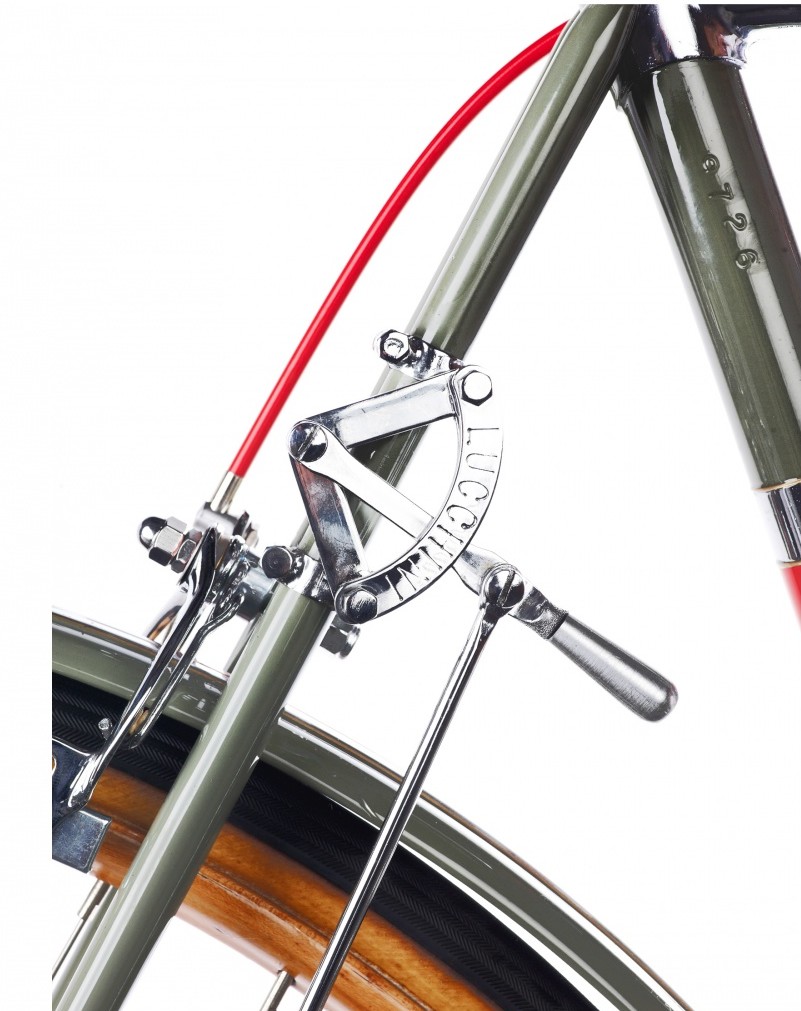 I fitted it to my old hack bike, but I didn’t have the derailleur’s original rod-operated control. So I fixed it up with a length of steel rod clipped to the seat stay. To change gears, I just pushed or pulled on the rod. It worked reasonably well, but I soon tired of it and fitted a more conventional Huret derailleur to the bike.

The Lucchini went into the parts collection. That was in 1954. For the next 54 years, it stayed in my box of parts. In 2008, I visited a vintage bike show, the Cirque du Cyclisme and saw the only other Lucchini that I’ve ever seen, complete with its control. I took some photos and after returning home, dug out the old derailleur and made a rod control and lever similar to the one that I’d seen at the show. 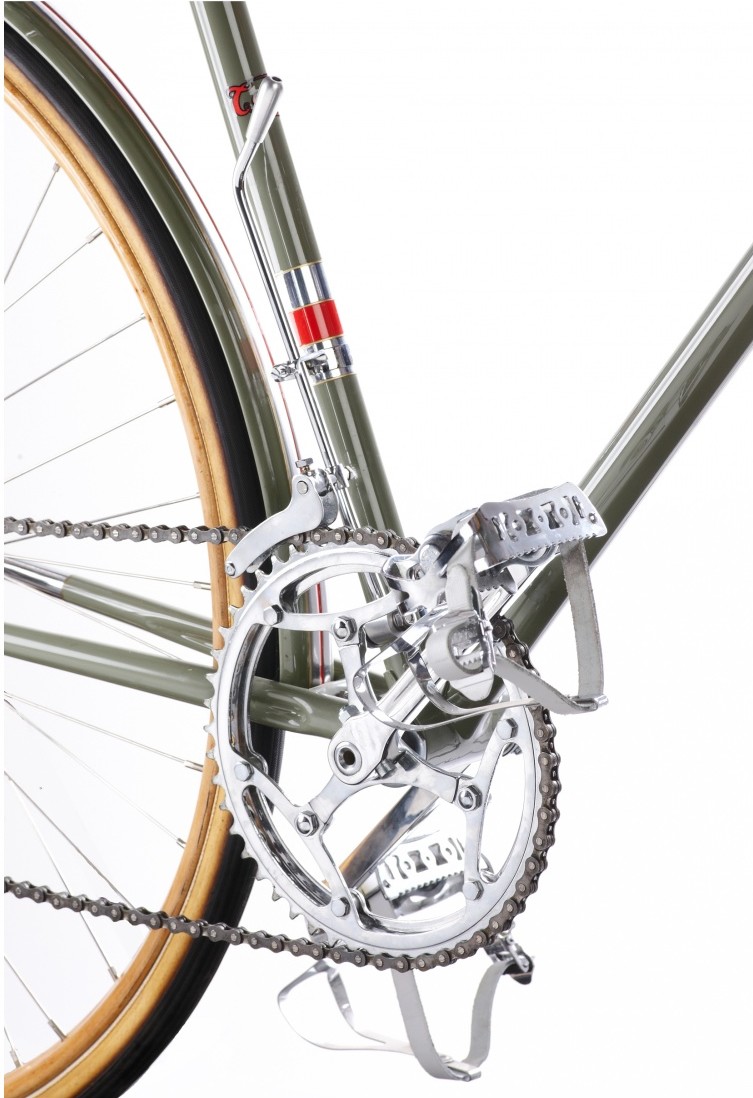 Now I needed a suitable frame to fit it to. I had an old Torpado of similar vintage in the shop. I repainted it and assembled the bike using other vintage parts from my collection.

My good friend John Palmer had been known to hoard a few treasures from the past. He had one item that I had lusted after for quite some time. It was a pair of Palladini hubs. These are unusual in that when the rear wheel is removed the sprockets remain in the frame. John’s father had owned a bike shop south of London which was bombed in the Blitz. One of the very few items to be rescued from the rubble was the pair of Paladini hubs. John kept these for the next sixty years despite moving to Canada, the US, Holland, back to the UK and finally to Manitoba. Those hubs always stayed with him. When he heard about this project, he asked if I would like them. I jumped at the offer and was determined to put them to use.

That was the start of the Torpado Project. I had the derailleur and the hubs and had a suitable old Torpado frame, which although not as old as the hubs and derailleur wasn’t too far out of keeping. The frame was repainted by Noah Rosen and the hubs were built into a pair of old wood rims. Friend and vintage bike enthusiast, Peter Cridland refinished the rims. He’d spent hours sanding them down and applying coat after coat of varnish. I found an old Italian “Invincibile” saddle, which was brought back to life with a bit of TLC. A pair of Cinelli steel ‘bars were fitted to an English lugged stem. I know it isn’t correct to fit an English stem to an Italian bike but it’s lugged construction when painted to match the frame, seemed to be just right. Mudguards were fitted and painted to match the frame. A Torpado crankset and Italian “Super Rapid” brakes completed the project. 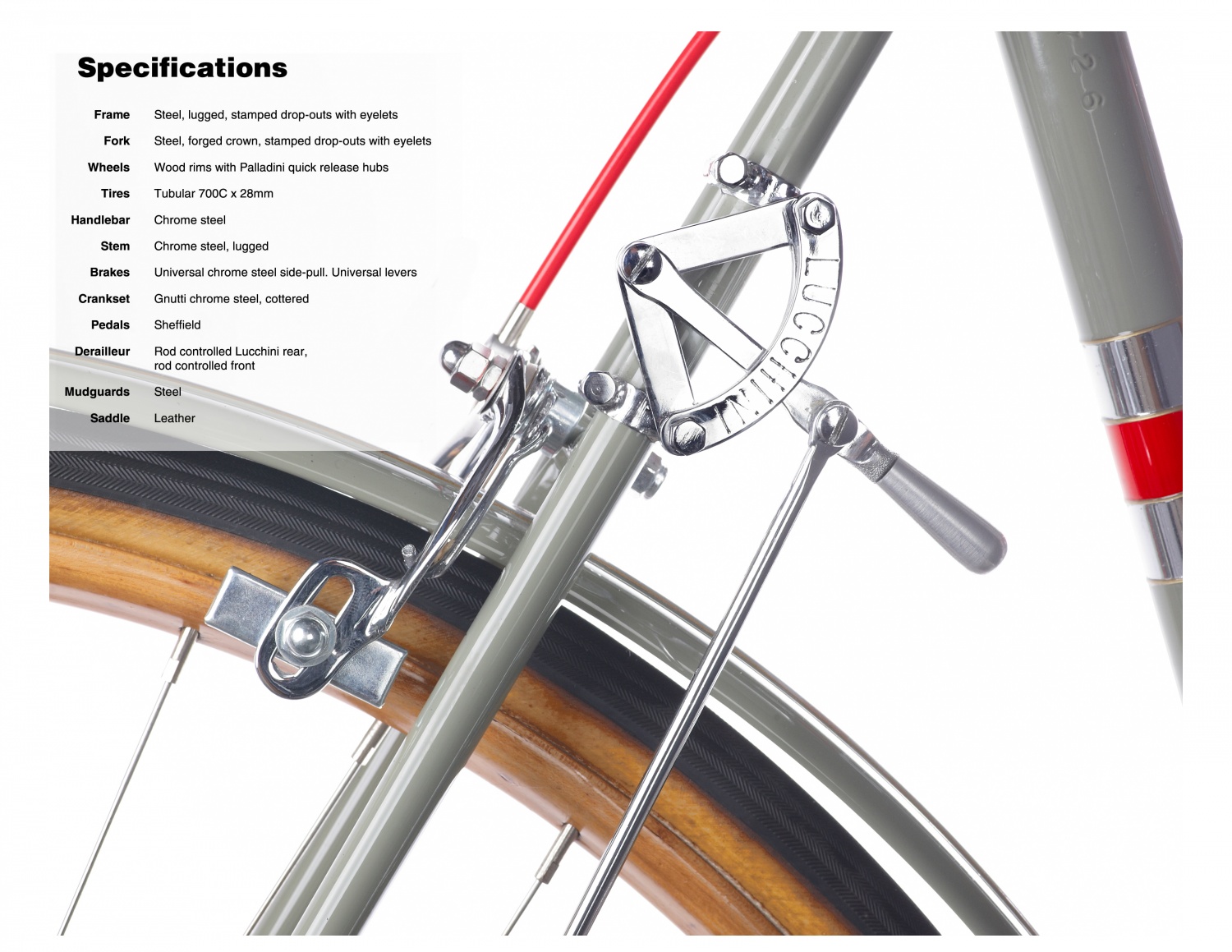 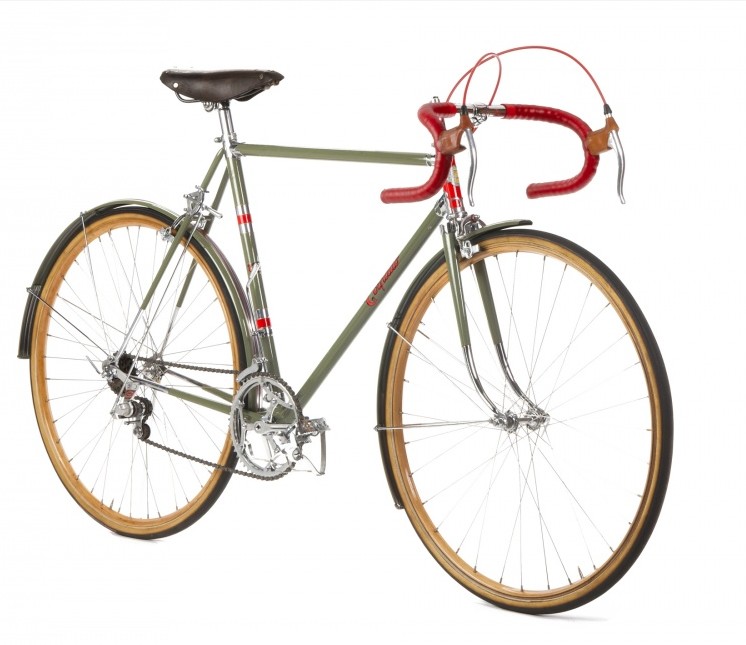 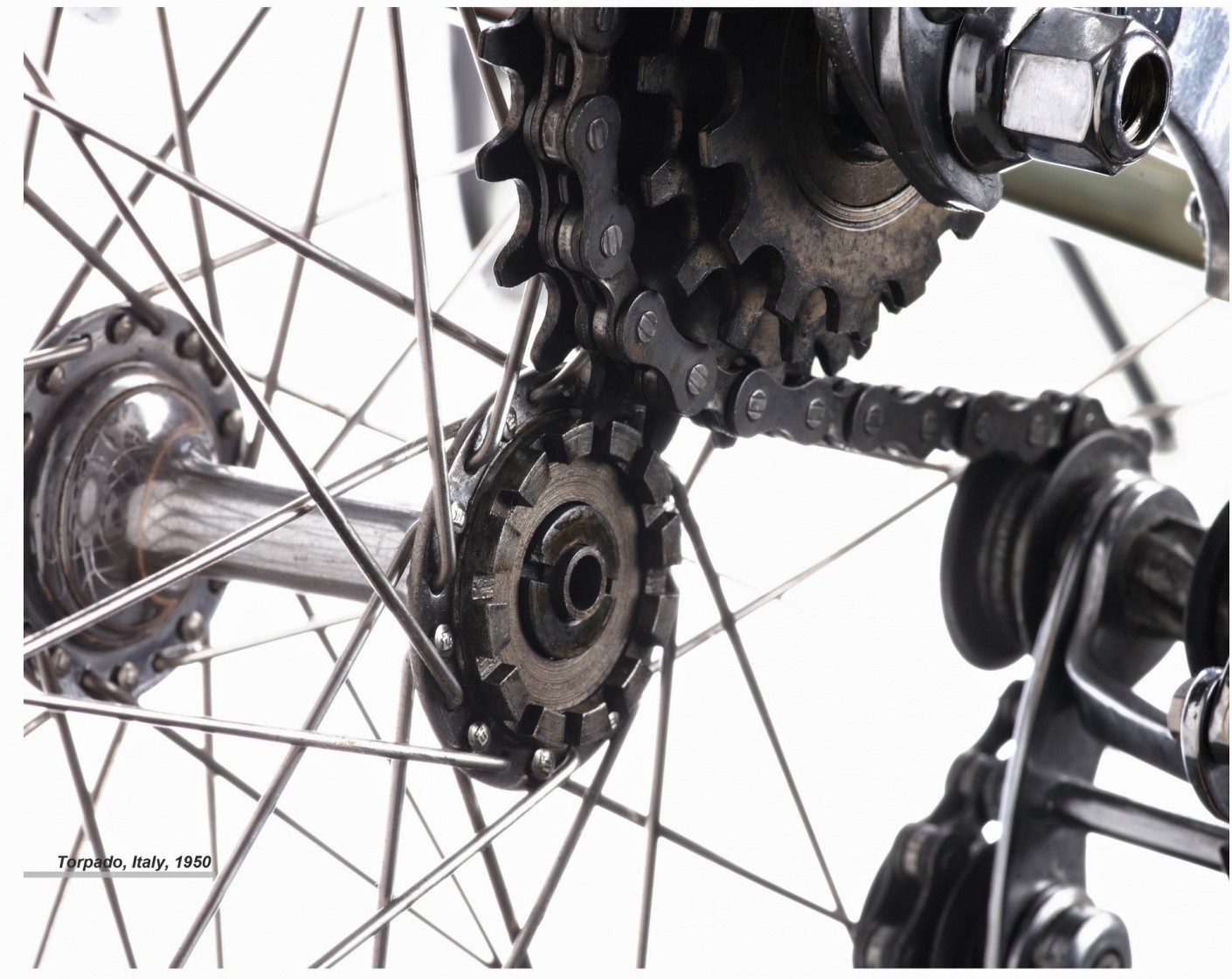 When the rear wheel is removed the sprockets remain in the frame. 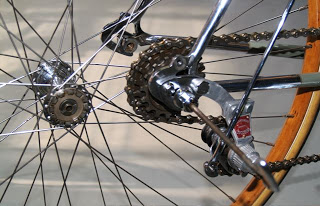 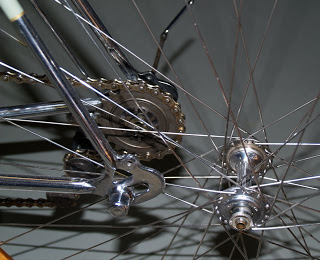 The “QR” skewer is unscrewed and withdrawn releasing the wheel. 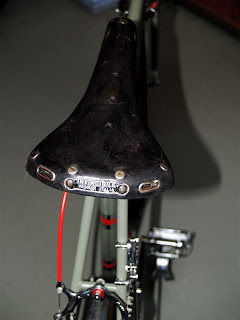 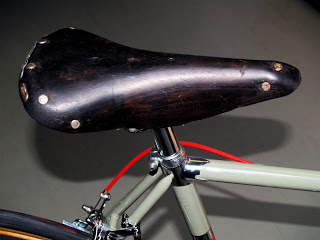 The ‘Invincibile’ saddle was in pretty rough shape when I got it but it is amazing what a bucket of water and some Proofide will do.

At Mariposa/Bicycle Specialties we have a good knowledge of vintage bikes and equipment and can restore old bikes to their original condition ready for any of the multitude of retro bike events available today or just to hang on your living room wall. For more information, contact us at [email protected]

3 thoughts on “THE TORPADO PROJECT”