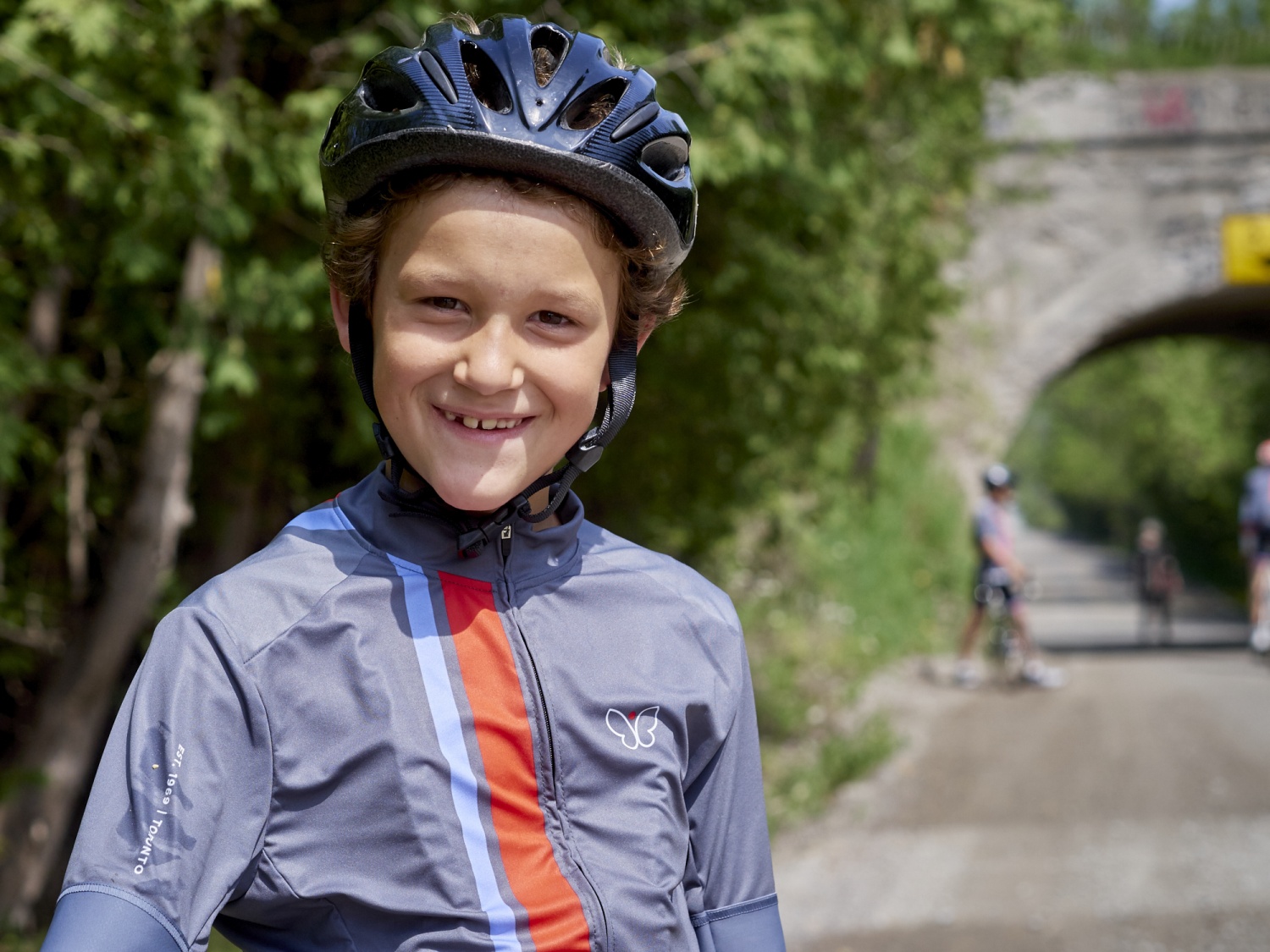 By Michael Barry
Photography by Walter Lai and Chris Monette

Traffic in large cities has made teaching children to ride bicycles difficult. Allowing them to venture around the block on a bicycle alone, as past generations did, is worrisome for parents. Even for experienced cyclists, riding in traffic can be daunting. Drivers speed through neighborhoods, rushing to get to work, to get their kids to soccer practice, to pick them up from school, or to go for coffee while chatting on phones or texting. Now that modern traffic no longer allows kids to ride up and down many streets, where can we safely teach them to ride, race, and have fun? The answer might be on a grass track.

Grass track racing was once a popular discipline in Britain and northern France. In some areas, it still is. The format is simple. Set out on a soccer field or cricket pitch, on a 400-meter, smooth grass oval that’s marked with chalk and wooden stakes. Riders then race each other on fixed wheel bikes that are fitted with knobby cyclocross tires to provide a bit of traction in the corners. Most of the races were run in the same format as any typical velodrome event: a points race, time events, scratch races, elimination races, and sprints. To add to the spectacle, some road races even finished on the grass. 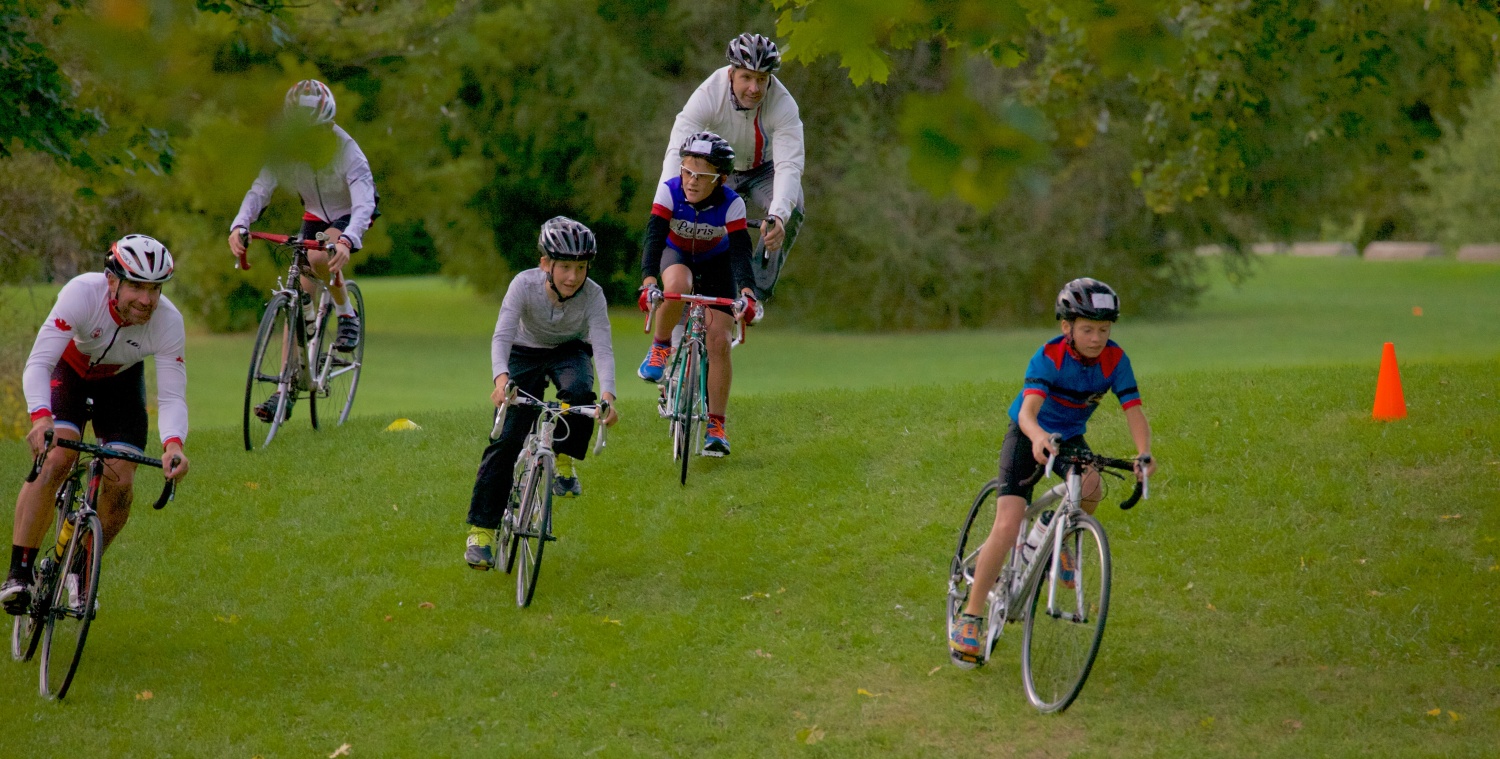 In the 1980s, a grass track league was started in a suburb of Toronto. The events took place on summer weekdays, after work and school had finished for the day, and the sun stayed up late into the evening. It was ideal on many levels: children, juniors, masters, and adults all raced in turn, and the ambiance was familial and fun. Moms, dads, girlfriends, and friends lounged on the grass or sat on coolers, watching the races and enjoying the warmth of summer evening air. Crashes were mostly inconsequential, usually only resulting in a few grass stains. On the grass, I learned to lean up against the competition in the corners, and how to maneuver out of a tight situation. I gained confidence in handling my bike.

The grass track league was valuable in attracting young and novice cyclists to the sport and teaching them essential basic skills. The track league’s proposal to the city put it this way — “Though slower and perhaps less spectacular than racing on a hard-surfaced velodrome, the grass track racing has advantages, one being that sophisticated, expensive equipment is unnecessary. Another advantage concerns the type of events possible. For instance, handicap racing is an ideal way of providing very tough training and at the same time challenging racing for riders of varying ability. Such racing is now rarely seen on hard tracks and is not feasible on many, but is an ideal grass track event.” Teaching a child to ride a bike well will give him or her freedom, independence, and health. Most important, if the track is located centrally in an urban center, grass track racing is accessible to anybody with a bike.

The group of kids who rode the grass track even did a couple of exhibition races during halftime of a Canadian Football League game, on the astro-turf, in a stadium filled with tens of thousands of fans. Mid-way through the event, crowds started rushing back from the concessions to watch the racing. They were on their feet, banging on the aluminum grandstands, hollering our names, and cheering as if we were about to complete a pass in the end zone. Our individual names were highlighted on the board. It was a thrill that I’ll never forget. From the grass track league, many of the kids went on as juniors to race on the road in Europe and on the velodrome with the provincial team.

Cities need to teach children to ride with confidence and agility, so that by the time they’re teens, they can negotiate traffic and will leave their car at home. Bikes are the answer to many of the current problems our society and our cities are facing. If we teach children to ride at a young age, they have greater respect for other cyclists on the road, even when they’re sitting behind a steering wheel. Those skills, and much more, can be learned on a grass track.

In 2014, a group of parents in the Morning Glory Cycling Club banded together to create a grass track series to introduce kids to the sport, teach them essential riding skills and form a healthy and youthful cycling community. This program is thriving and we are looking forward to starting the 2016 edition May 4 in the Don Valley.

The photos below are from the 2015 Morning Glory Cycling Club Youth Grass Track series. For more information, click here. 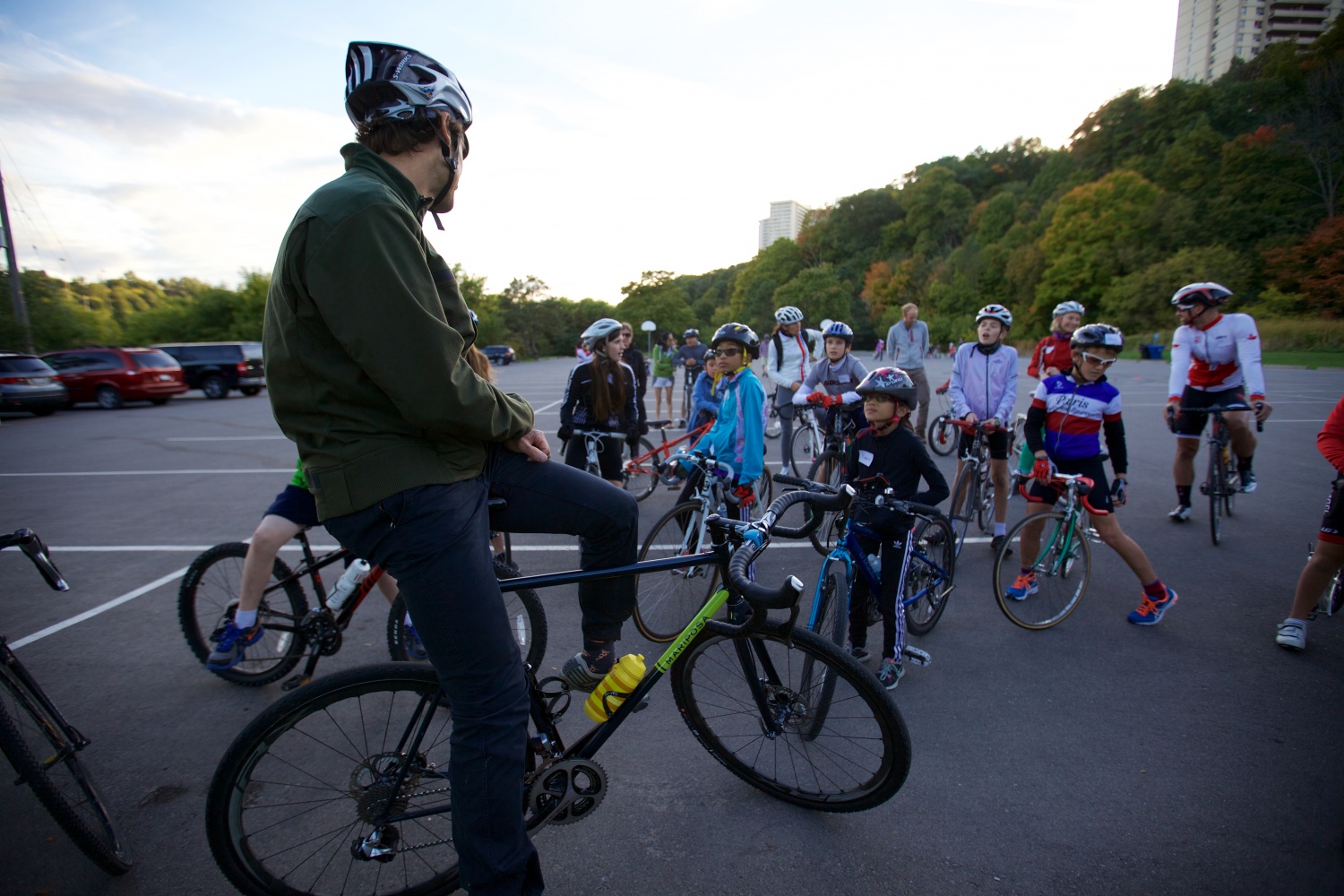 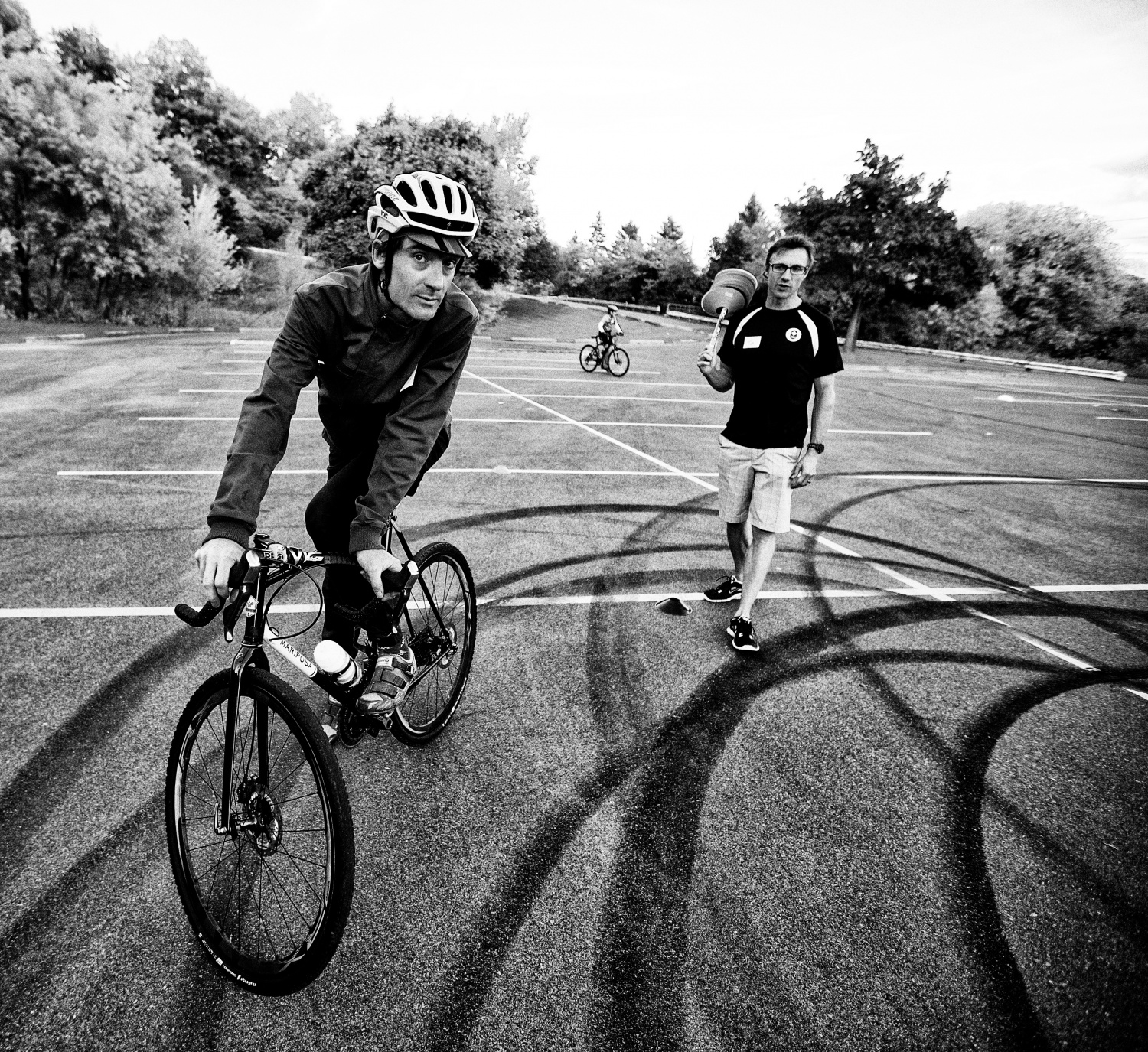 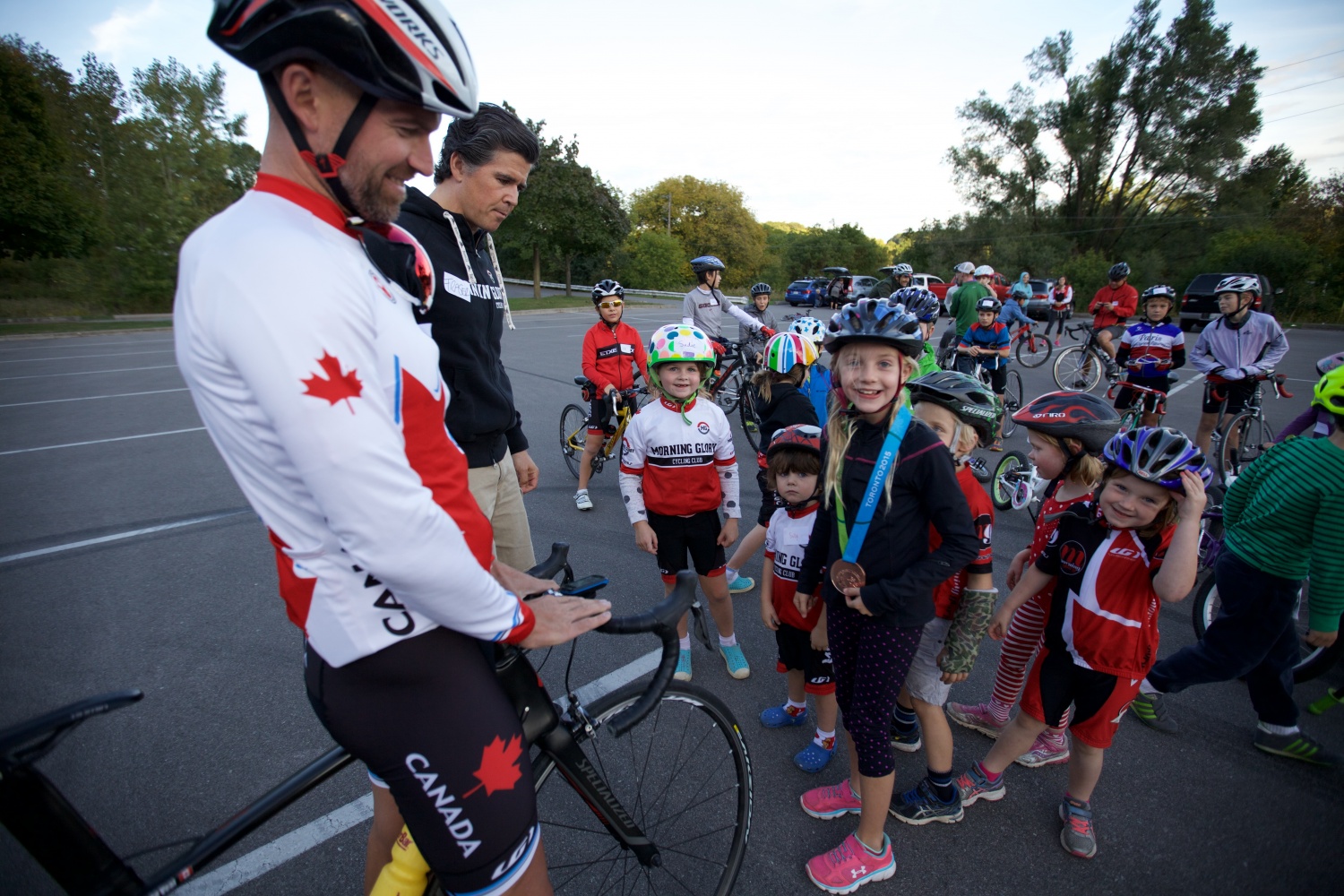 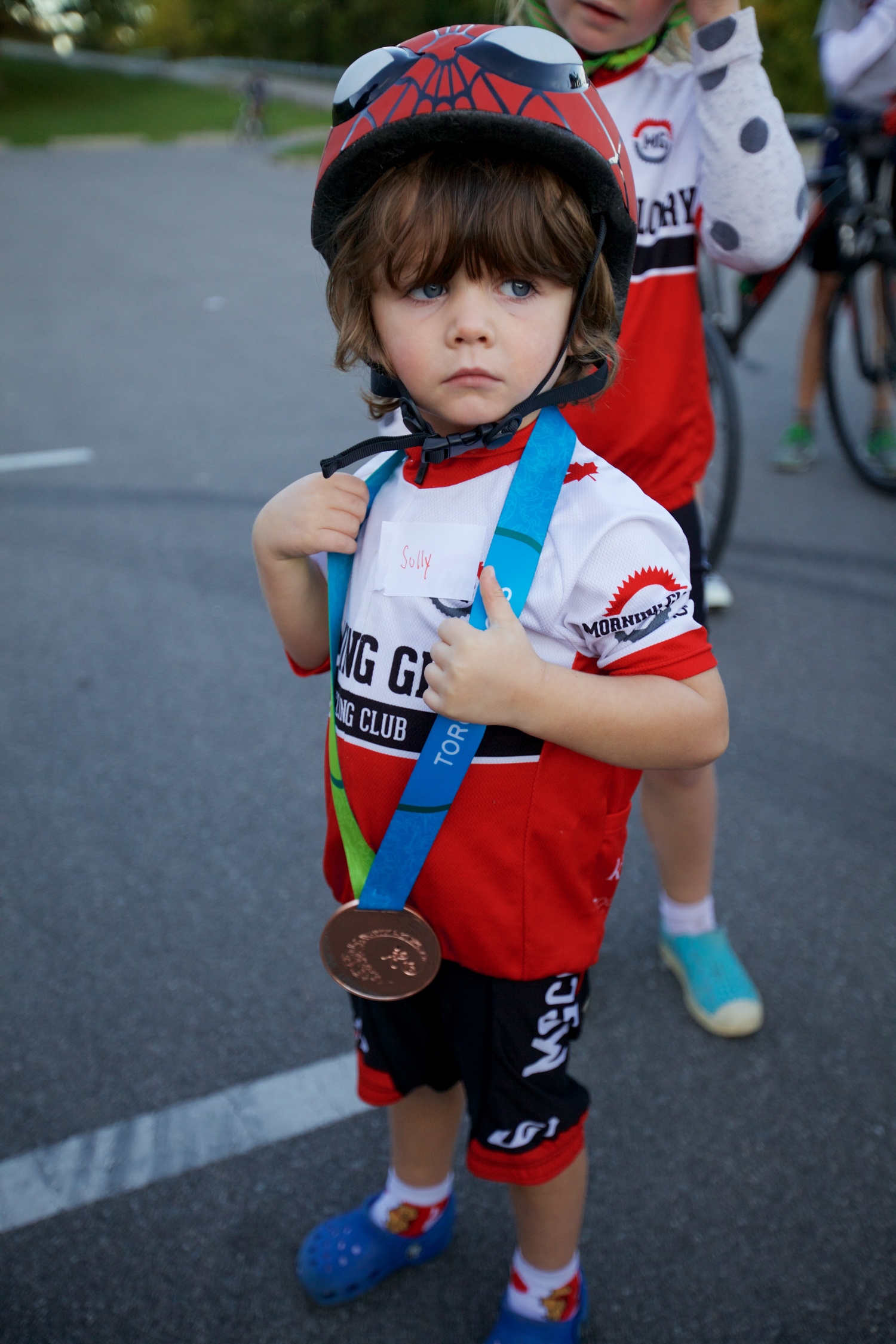 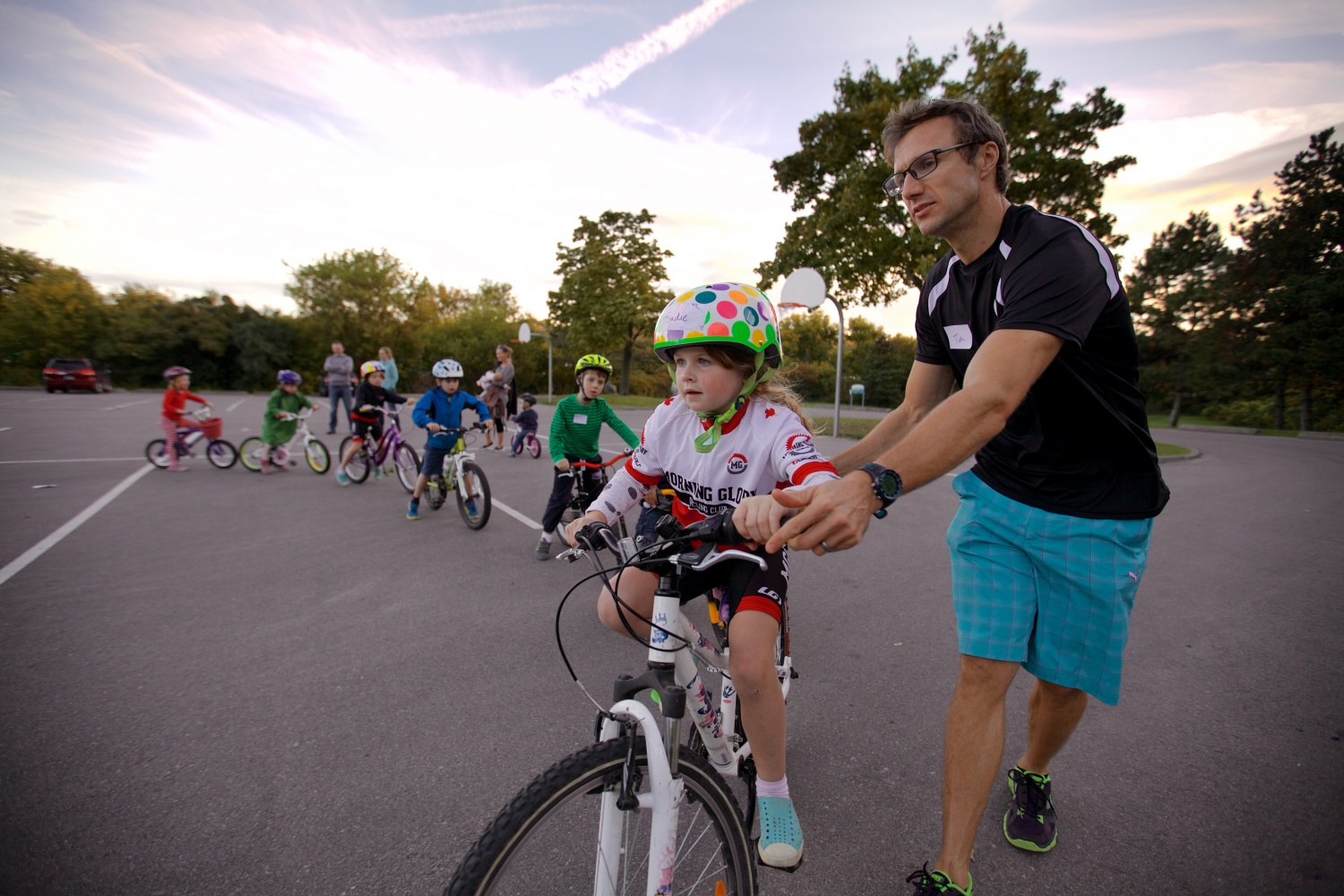 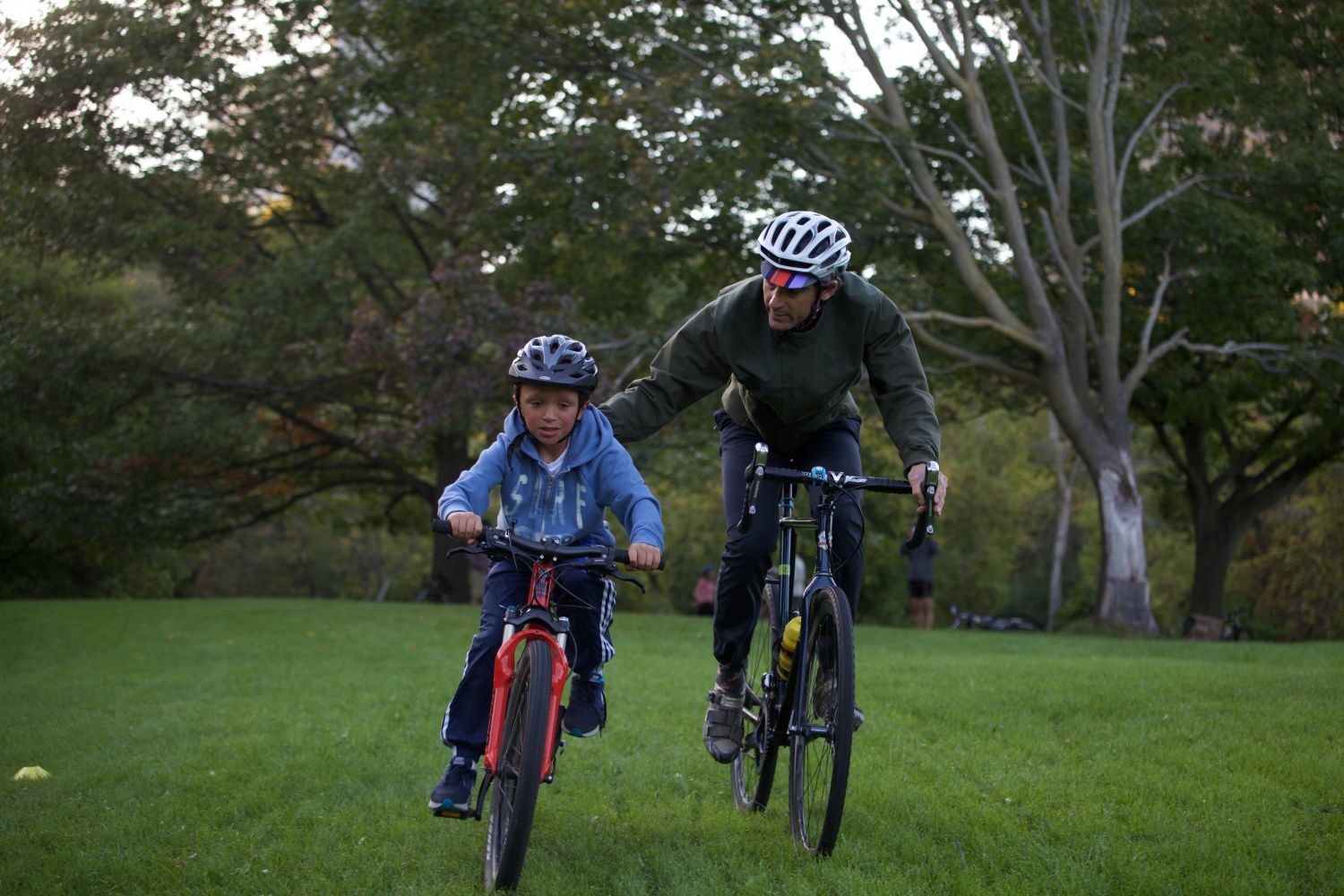 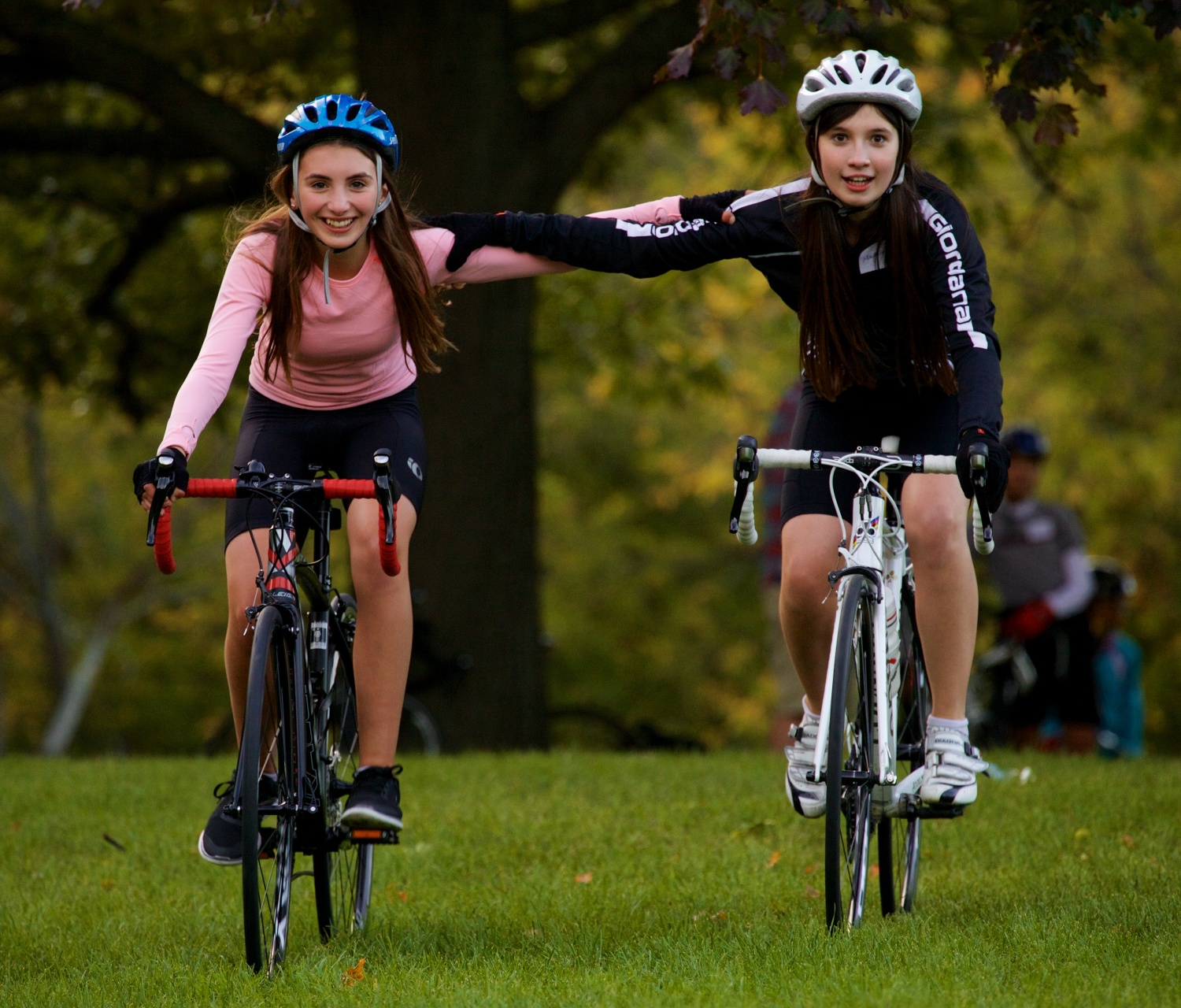 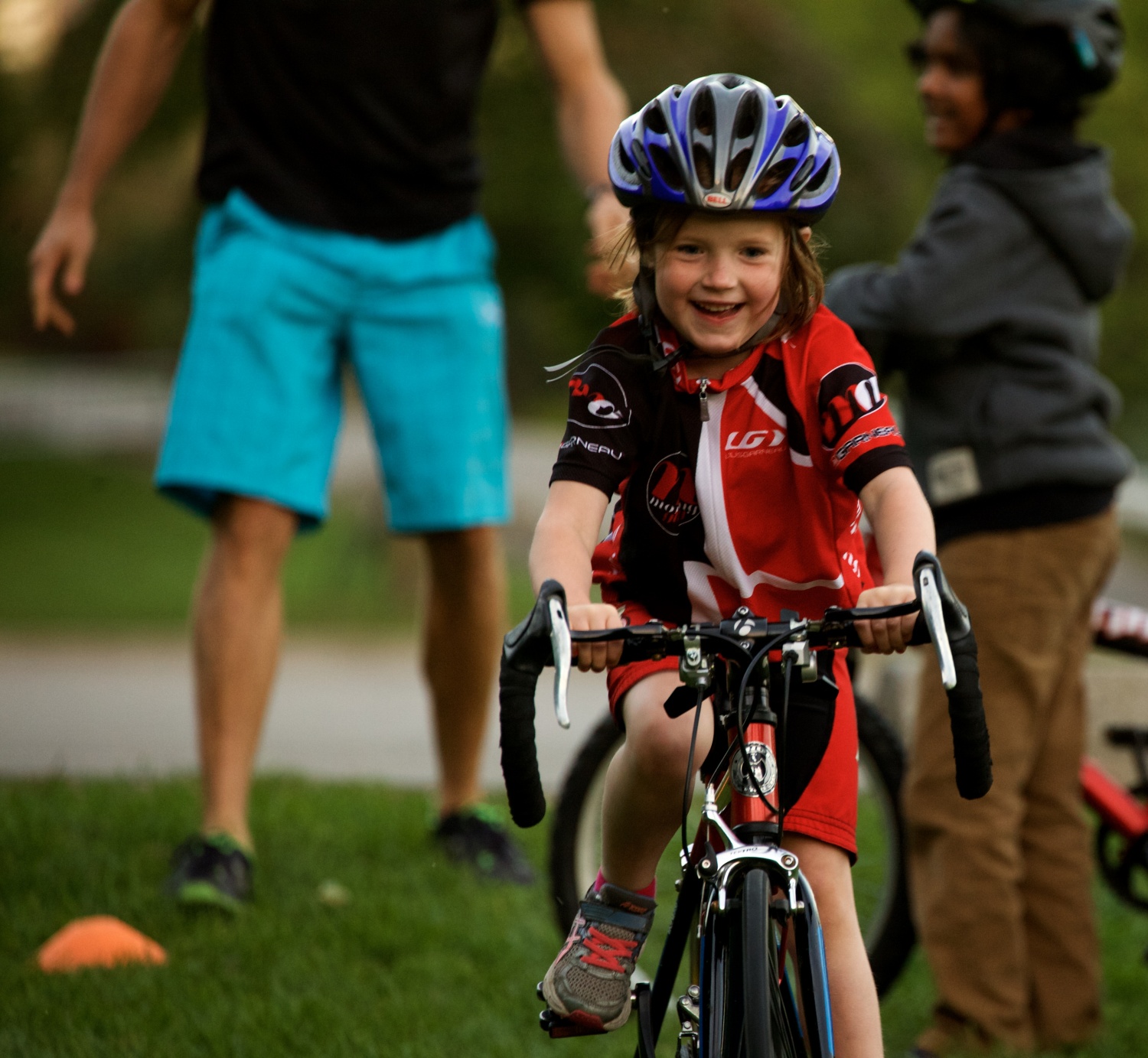 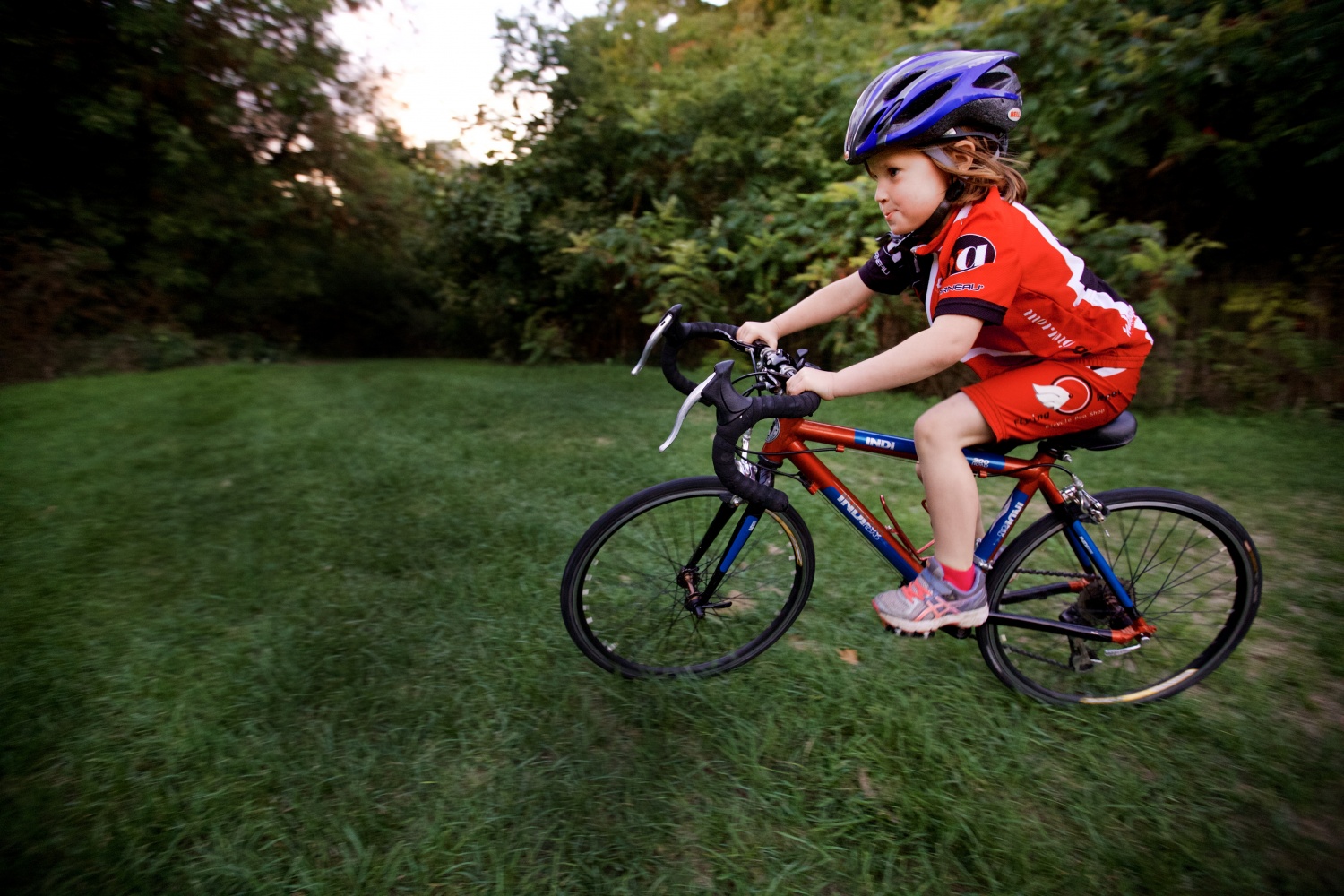 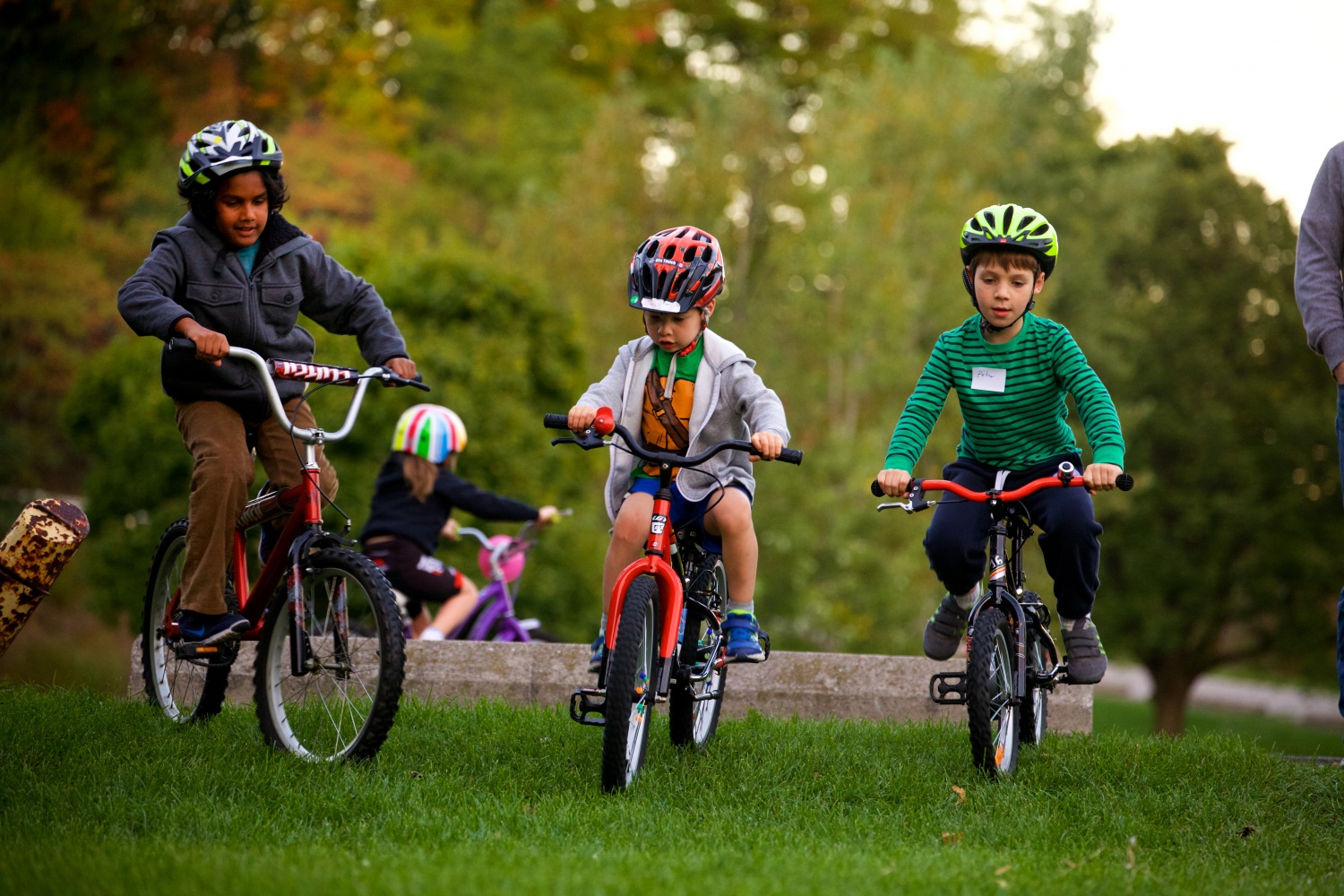