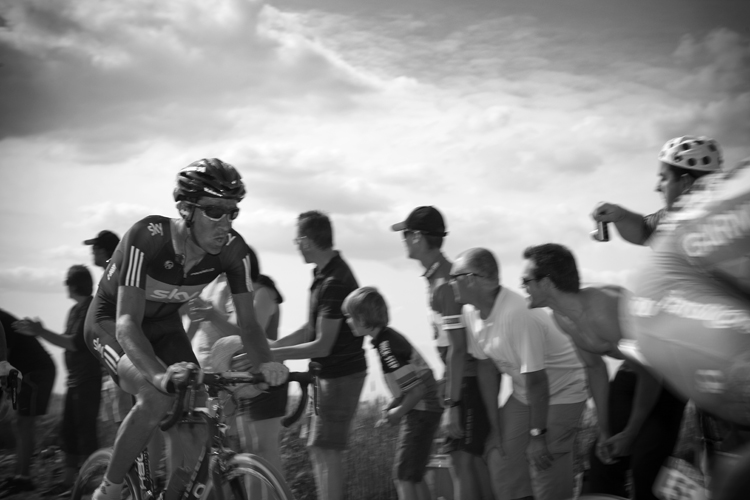 The protagonists who will animate the Tour of Flanders, Paris Roubaix, Liege-Bastogne-Liege, and the other Spring Classics fine tune their fitness and test their legs in less prestigious races throughout late March. The cobbled Classics specialists race in Belgium at E3 Harelbeke, Dwars door Vlaanderen, and the Three Days of de Panne, while those who aim to be in good condition for the hillier Ardennes Classics, in late April, race the Tour of Catalonia and the Tour of the Basque Country. The peloton racing in Belgium battle for position on the windswept farm roads and thunder over the cobbles while the peloton in Spain rides week-long races in the hills and mountains. Few riders will cross over the divide.

Unlike the generations who rode through to the ’90s, the modern peloton is filled with specialists. Paris Roubaix winners won’t be seen at Liege-Bastogne-Liege and climbers won’t sprint. These days, competition is pointed, and riders can’t afford to straddle disciplines.

The cobbled Semi-Classics held in the coming weeks are hard and dangerous events. The races are shorter than the Classics, and therefore, the action is compressed. The final is a battle, as the route will take the riders over many of the key climbs that they’ll race over in the Tour of Flanders. But when the peloton reaches the Flemish bergs, it won’t be as worn as in the longer events. The less status courses aren’t always marshaled as vigilantly. There are more cars on the roads and crashes are common. Young riders are keen to show their talent, and veterans need to prove that they have the fitness and ability to still win. Unlike most races, there’s little time to relax and chat. In the guts of the peloton, there’s a sense of desperation, as every rider is constantly paying attention to the wind direction, the road surface, the race tactics, traffic islands, parked cars, and roundabouts. There’s always the fear of missing a split in the peloton in crosswind and ending up in the second, third, or fourth group. Positioning is everything — every rider knows that they need to be close to the front of the group. The young and immature will risk crashing to be at the head of the bunch, while others will back off to save their luck for the more prestigious races to come.

In the south, the Tour of Catalonia features long Pyrenean passes, and the Tour of the Basque Country is relentlessly tough. Even though the races take place in Spain, the weather is often far from ideal. Cold rain pummels the peloton in the Basque Country, and in Catalonia, the peloton will often ride into snow flurries in the high mountains. The Basque Country climbs are similar to the climbs in the Ardennes —steep, relatively short and frequent — making it the ideal event for riders to test themselves and to fine tune their fitness.

Like the NHL or NBA playoffs, the races leading up to the main event, are some of the most interesting. It’s now that the fans can pick their favorites, see who the underdogs are, and get a glimpse of which riders will shine this season. In the lead-up races, the cyclists will quickly know whether or not the work that they’ve done in the off-season was enough, and whether or not they’ll exceed expectations or disappoint.

This blog was originally published by Competitive Cyclist